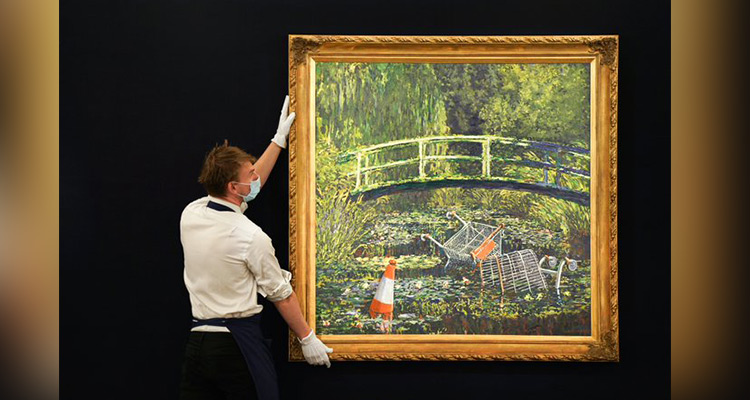 Banksy's 'Show Me the Monet.'

London auction house Sotheby’s unveiled an oil painting by popular street artist Banksy on Sept.18 ahead of a livestream auction.

The tongue-in-cheek titled piece “Show Me the Monet” is expected to sell for up to £5 million (Dhs23m).

Banksy originally created the painting in 2005 as a counterpoint to Claude Monet’s famous work “Bridge Over a Pond of Water Lillies.”

In it, the famously political artist adorns a recreation of Monet’s scene with jarring images of upturned shopping trollies and traffic cones.

According to Sotheby’s, it is a “mischievous twist on the Impressionist painter’s work.”

The work is to be displayed publicly in Sotheby’s New Bond Street galleries before moving to New York and Hong Kong for further exhibition.

After this, the painting will return to London to be sold, with a guide price set at £3m to £5m at the Modernités/Contemporary auction.

Banksy’s identity has remained a secret throughout his success, with speculation rife as to the artist’s real name. 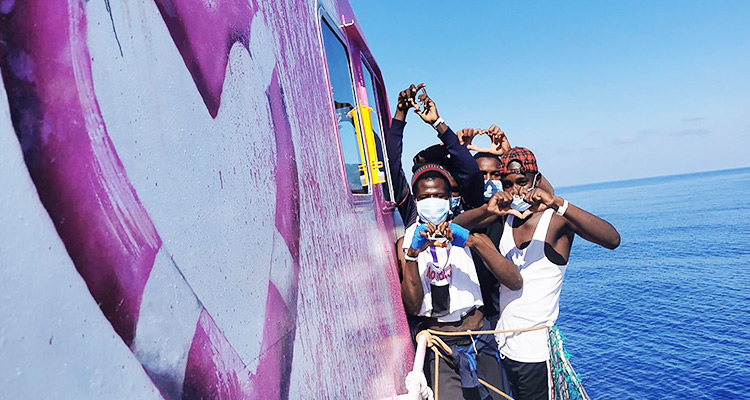