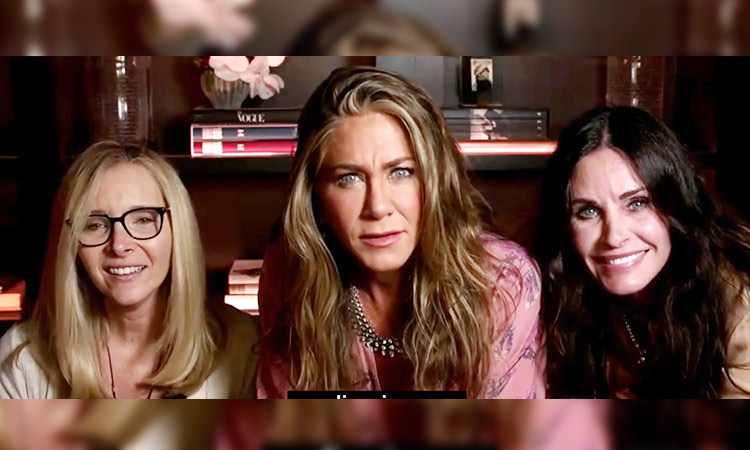 The much-awaited TV award event of this year, the Emmys, had a surprise in store for fans of the iconic sitcom “Friends.”

Jennifer Aniston reunited with her “Friends” castmates and girl pals Courteney Cox and Lisa Kudrow during a virtual segment on the Primetime Emmys.

This year included a mixture of in-person and remote segments, with host Jimmy Kimmel performing to an empty Staples Center in Los Angeles.

Jennifer Aniston, who was nominated for Outstanding Lead Actress in a Drama Series for “The Morning Show” appeared on video during one clip where she was joined by former co-star Courteney Cox, with Kimmel asking: “Courteney’s there?”

“Of course I’m here,” the actor replied. “We live together.” 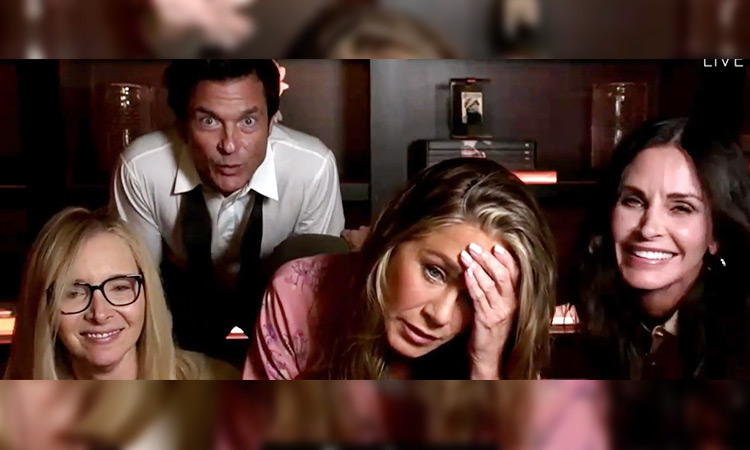 The pair were then joined by fellow “Friends” actor Kudrow, with Kimmel asking the actor: “Lisa Kudrow, you live there too?,” to which she replied: “Yeah, where else would I live?”

There was also a surprise appearance from Jason Bateman who asked whether Kimmel was “calling to kick me out of my own house too,” seemingly in reference to a mix-up at the Creative Arts Emmys on Saturday where the actor was wrongly announced as an award-winner.

With Kimmel questioning whether the actor also lived in the “Friends” stars’ house, Aniston explained that he was staying “just until he goes off to college.”

As well as appearing virtually, Aniston also appeared in an in-person segment alongside Kimmel to present the Outstanding Lead Actress in a Comedy Series category.

During the accompanying comedy skit, the pair set the winners envelope on fire in a bid to make sure it was fully sanitised.

Aniston missed out on an Emmy for her role in Apple TV+’s “The Morning Show,” with Zendaya taking home the prize for her role as Rue in “Euphoria.”

Watching the ceremony with her “Friends” co-stars isn’t the only reunion Aniston has had this week, after teaming up with ex-husband Brad Pitt to read a scene during the virtual “Fast Times at Ridgemont High” reunion.