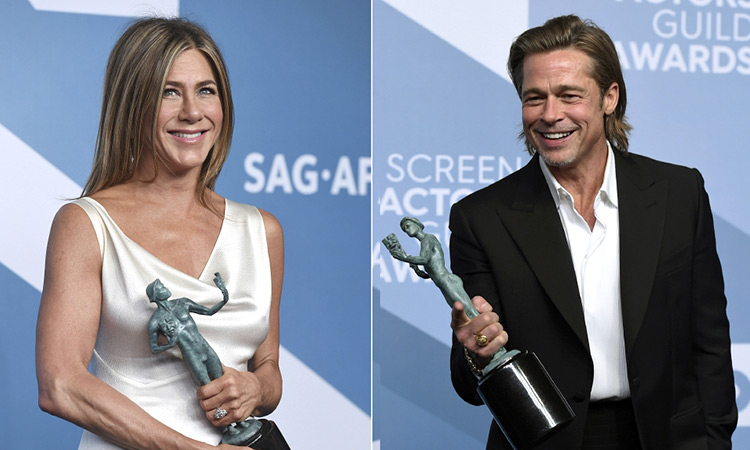 Brad Pitt and Jennifer Aniston have reunited on screen for the first time in nearly two decades.

On Thursday (17 September), the pair took part in a virtual table read of 1982 teen drama Fast Times at Ridgemont High as a charity fundraiser. The live-streamed event was hosted by Dane Cook and narrated by Morgan Freeman.

Reading through a dream sequence scene, Aniston said as Linda: “Hi, Brad. You know how cute I always thought you were. I think you're so sexy. Will you come to me?”

The rest of the cast cracked up laughing during the scene, with Freeman adding: “Lord, have mercy” .

This clip was recirculated on social media, with one commenter sarcastically writing: “This will definitely stop everyone obsessing over Brad and Jen reunions.”

One fan went so far as to demand an Oscar for Aniston’s performance.

Aniston and Pitt were one of the biggest celebrity couples of the 1990s and married in 2000 before divorcing in 2005.

The pair appeared on TV together in 2001 when Pitt made a guest appearance on Friends. He played Will, a friend of Ross’s (David Schwimmer) who revealed that they used to have a “club” about their hatred of Rachel (Aniston).