Kangana's tweet came as a reaction to a tweet posted by Karan Johar on Tuesday where he promotes a book he has written for children, inspired by his twins and his experience of parenting. 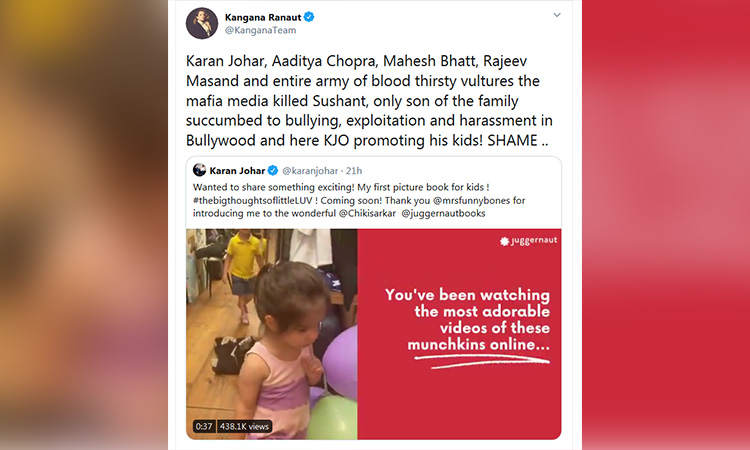 Earlier in the day, Kangana had tweeted calling Karan Johar "the main culprit of movie mafia" in the film industry.

"Karan Johar the main culprit of movie mafia! @PMOIndia even after ruining so many lives and careers he is roaming free no action taken against him, is there any hope for us? After all is settled he and his gang of hyenas will come for me," the actress had tweeted tagging the office of the Prime Minister of India in her tweet.

Ever since Sushant Singh Rajput passed away in June, the debate around the alleged practice of nepotism in Bollywood has received fresh fuel, with netizens alleging that the late actor fell prey to the practice. Karan Johar and Mahesh Bhatt have been the target of social media trolling for allegedly giving a preferential treatment to star kids. Kangana has also been consistently vocal about the movie mafia and nepotism in the film industry.