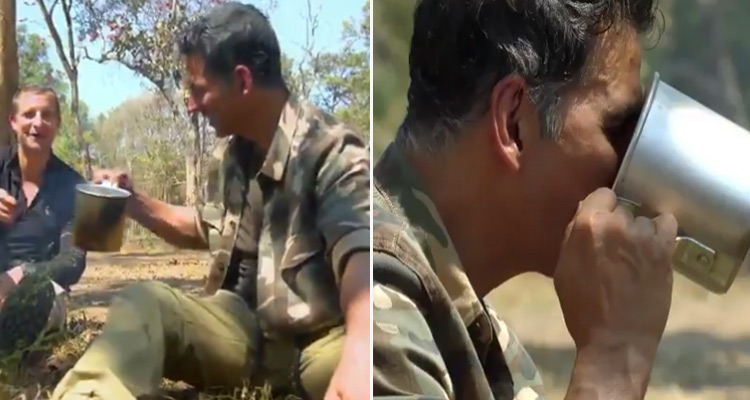 Bollywood superstar Akshay Kumar is yet to get over tasting elephant poop tea, and he has British adventurer Bear Grylls to thank for the experience.

Akshay will be seen exploring his adventurous side on an upcoming episode of the show "Into The Wild With Bear Grylls".

In a new promo of the episode he shared on Instagram on Monday, he tastes elephant poop tea, navigates crocodile-infested waters and runs into the woods along with Grylls.

"I knew there would be stiff challenges prior to #IntoTheWildWithBearGrylls but @beargrylls completely surprised me with the elephant poop tea. What a day," Akshay captioned the video. 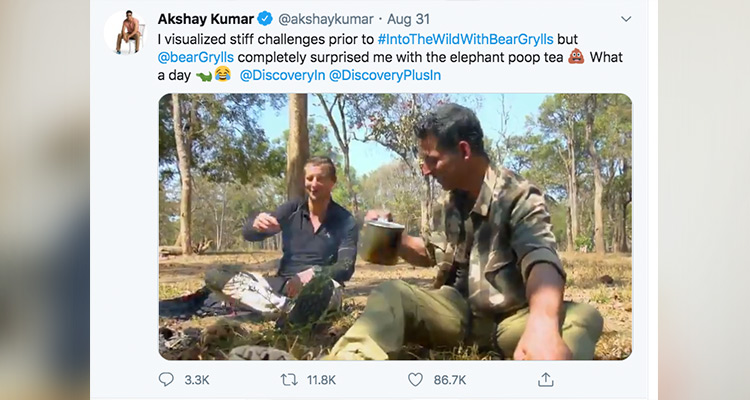 "This whole adventure, I'll remember for the rest of my life," Akshay can be heard saying at the end of the video.

Bollywood superstar Akshay Kumar has donated Rs one crore for flood relief in Assam, an official release said on Tuesday.