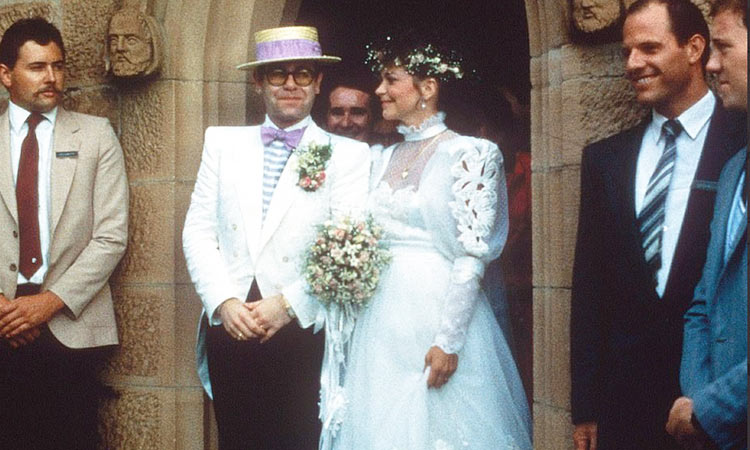 Elton John and Renate Blauel on their wedding day. Twitter

Elton John’s ex-wife Renate Blauel has claimed that she attempted suicide on their honeymoon, according to court documents.

According to High Court documents obtained by The Times on Tuesday, Blauel struggled with depression and anxiety attacks throughout their relationship.

After the pair married on Valentine’s Day in 1984, they went on holiday in St Tropez for their honeymoon, accompanied by John’s manager and personal assistant.

The High Court heard that three days into the trip, John told Blauel “without any forewarning” that the marriage wasn’t working and that he wanted to return to the UK.

Blauel states that she attempted suicide that night and was found unconscious by John’s assistant.

The singer allegedly “became angry” when hearing about the incident and did not visit his wife during her two days in hospital.

Following their 1988 divorce, the pair allegedly agreed not to discuss their relationship, with Blauel stating that John should know that renewed interest in their relationship from his autobiography and 2019 biopic Rocketman would cause her psychiatric harm.

She is seeking an injunction preventing future editions or adaptations of John’s memoirs from mentioning their marriage, after claiming to have spent £11,510 on therapy from having to “relive her past constantly”.

John’s legal representatives stated that due to John coming out as gay following the divorce, the reason for the split was public knowledge.

“None of the disclosures about which [Blauel] complains concern matters which are in fact — or are any longer — private and confidential,” they said.

In a statement shared with The Independent, they added: “Elton has always respected Renate’s privacy and will continue to do so,” claiming that Blauel’s decision to make these statements public “shows the true purpose of this claim which is to extract a large sum of money from Elton and tarnish his name publicly with falsehoods”.