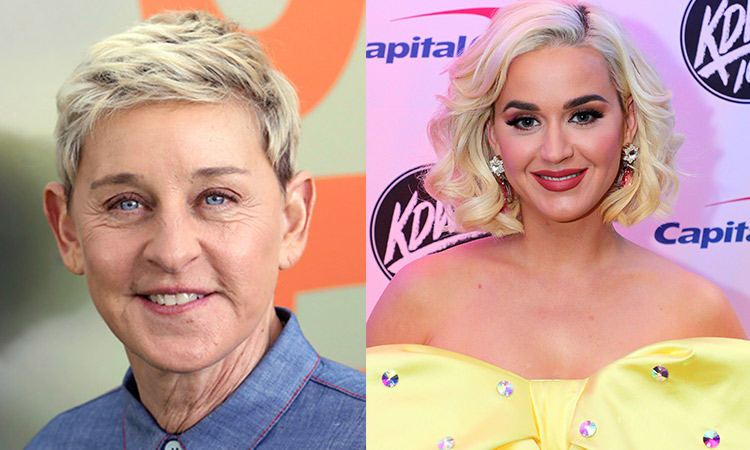 A combo photo of Ellen DeGeneres and Katy Perry.

DeGeneres’s US talk show is undergoing an internal investigation over allegations of sexual misconduct on the show’s set, as well as workplace bullying.

While DeGeneres herself has not been personally accused of mistreating staff, she said in a statement that, as the face of the show, she took “full responsibility” for the situation.

On Twitter, Perry wrote that DeGeneres had her full support.

“I know I can’t speak for anyone else’s experience besides my own but I want to acknowledge that I have only ever had positive takeaways from my time with Ellen & on the @theellenshow,” Perry tweeted. 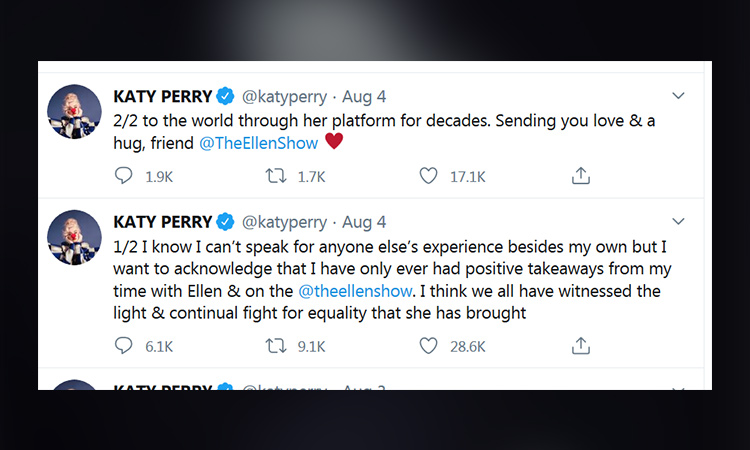 “I think we all have witnessed the light & continual fight for equality that she has brought to the world through her platform for decades. Sending you love & a hug, friend @TheEllenShow.”

On her Instagram, De Rossi shared a poster reading “I stand by Ellen”, and added in a caption: “To all our fans… we see you. Thank you for your support. #stopbotattacks. #IStandWithEllenDeGeneres #IStandByEllen #IstandByEllenDeGeneres.”