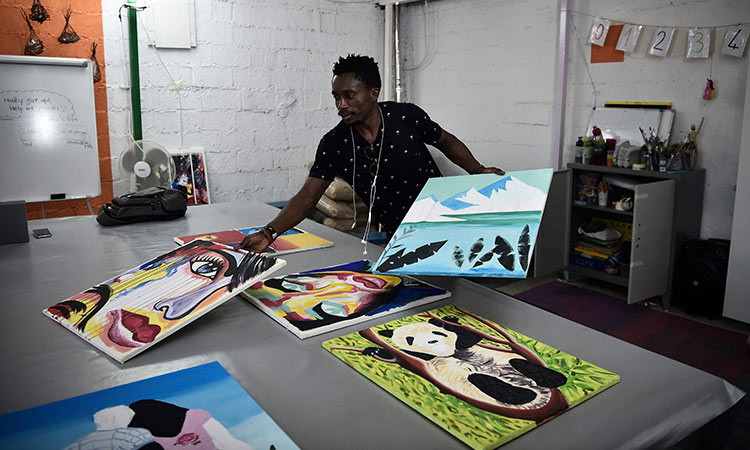 Richard Lusakumunu looks at paintings as he displays them on a table in an atelier at the refugee camp of Diavata, near Thessaloniki. AFP

"Art means integration, inclusion, breaking loneliness and living like everyone else," said Lusakumunu, who secured asylum in 2017 and is also active as a talent scout.

Two years ago, the Congolese man created "Mazi" (Greek for "together"), an art collective bringing together 11 refugee and Greek artists living in Greece's second city.

The collective is supported by the UN High Commissioner for Refugees, non-profit NAOMI and the French Institute in Thessaloniki.

It has already held two exhibitions at the institute and is planning a third on September 14, this time with around 30 artists. 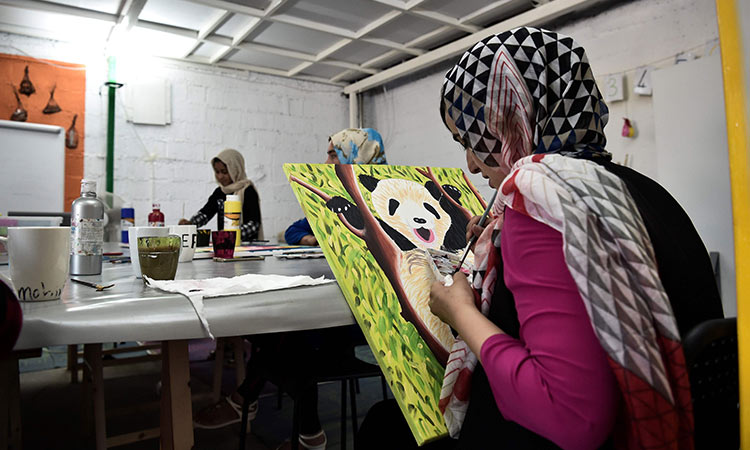 A refugee girl draws during a painting workshop in an atelier at the refugee camp. AFP

"The goal is to make them visible, to make ourselves visible, it is up to us to reach out to the world," said the 26-year-old, nicknamed "Admiral Lusaks" by members of the collective.

"We do not speak the same language, it is painting that unites us," Lusakumunu, who signs his paintings as Lusaks, said.

We had to flee

It was art that made it imperative for Lusakumunu to flee the Democratic Republic of Congo's capital, Kinshasa, in early 2017.

The son of a graphics artist, Lusakumunu, a graduate of the Kinshasa Academy of Fine Arts, held an exhibition on young people's lack of a future which was deemed critical of the regime of President Joseph Kabila. 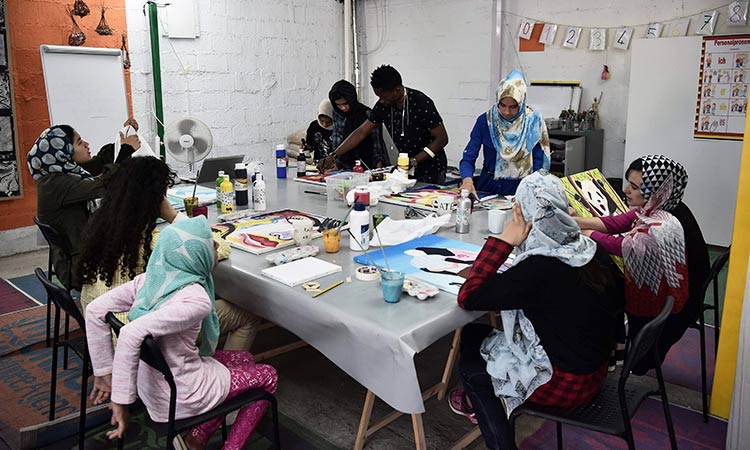 For this, and other reasons he prefers not to talk about, "we had to flee", he said.

He reached the Greek island of Samos by inflatable boat after passing through Congo's Brazzaville and Turkey.

Lusakumunu, who hopes to live in France someday, says there are "hidden talents" among thousands of fellow asylum seekers in Greece.

After receiving asylum and reaching Thessaloniki in 2018, he volunteered to give painting lessons in the nearest migrant camp, Diavata, to help discover other artists.

One of the young men in the Mazi collective, Afghan Jaamel Khan, had never painted before, he said. 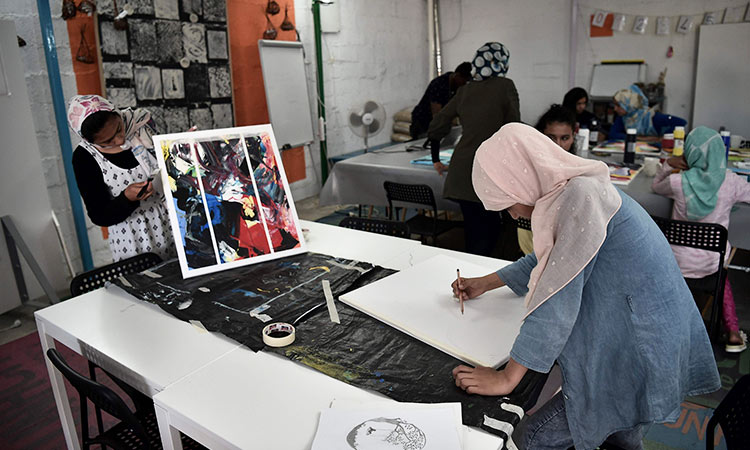 A refugee girl draws during a painting workshop. AFP

"But faced with the loneliness of the camps, he began to doodle and he is a great artist," Lusakumunu explained.

Spotted by the Greek culture ministry, the Congolese artist is "a driving force to help others integrate," France's consul-general Philippe Ray said.

At the Diavata camp, Lusakumunu patiently shows a group of girls and women — aged between 10 to 20 — where to put the next brush stroke on their designs.

"I try to bring out what is in them, put them at ease, and encourage them to release their problems in the painting," he said.

Essentially, it is "art therapy", he added. 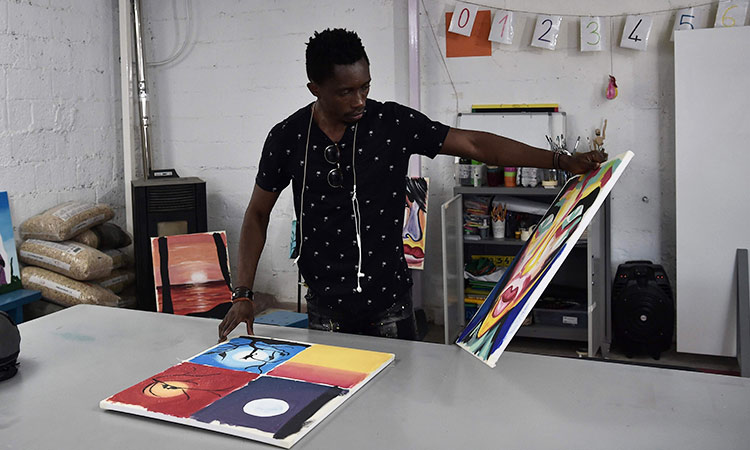 Congolese artist and refugee Richard Lusakumunu looks at paintings in an atelier. AFP

"In the camps, you meet people who want a better life," he said.

In January 2022, he hopes to organise an exhibition of artists from the Aegean islands.

Lusakumunu is certain there is "plenty of talent" in the dismally overcrowded camps of Lesbos and Samos.

One of his paintings — which was sold — is entitled "Metamorphosis", a bright green and orange canvas of a caterpillar turning into a butterfly, which he drew shortly after arriving in Thessaloniki.

Aside from painting, Lusakumunu works in hotels part-time to enable him to rent a small apartment.

"In all our creations, there is one thing in common, it's a journey, we try to talk about our past," he said.

Witherspoon won the best actress Oscar for 2005's "Walk the Line," has moved increasingly into producing in recent years, although she also stars in Apple TV+ hit "The Morning Show," alongside Jennifer Aniston.