Sushant would ruffle my hair all the time: 'Dil Bechara' co-actor Sahil Vaid

The late Sushant Singh Rajput was always full of frolic and mischief on the set, reminisces actor Sahil Vaid.

Sahild, who worked with Sushant in the recent OTT release, "Dil Bechara", has many fond memories of the late actor.

"There's one particular memory that will remain special for me. I used to get irritated by it, and now it has become one of my favourite moments. Sushant would ruffle my hair all the time. I would set my hair applying all kinds of products and then go for the shoot. And right before the shot he would ruffle my hair! He kept doing it again and again, and it even got captured in a few shots. Just before sitting in his chair, he would come up and try to mess up my hair!" Sahil told. 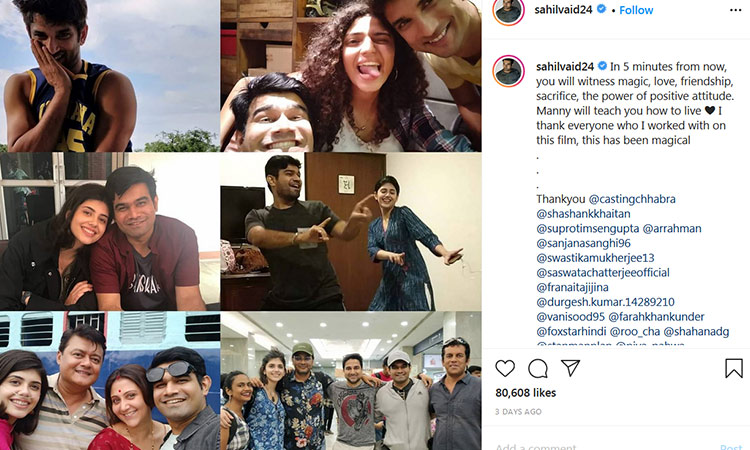 Sahil also shared how Sushant helped him rehearse for the character of JP who, like the late actor, hails from Bihar.

"Sushant was from Patna and well versed in Bhojpuri dialect. So he used to help me a lot to understand my role of JP. I used to make him say my lines. I would even say lines for him, as he played the role of a Tamil boy in the film and I originally hail from Tamil Nadu. I miss him. I wish he could be here with us and see how much love his film has received," Sahil said.

Sushant Singh Rajput was found hanging at his residence on June 14. The actor was 34.