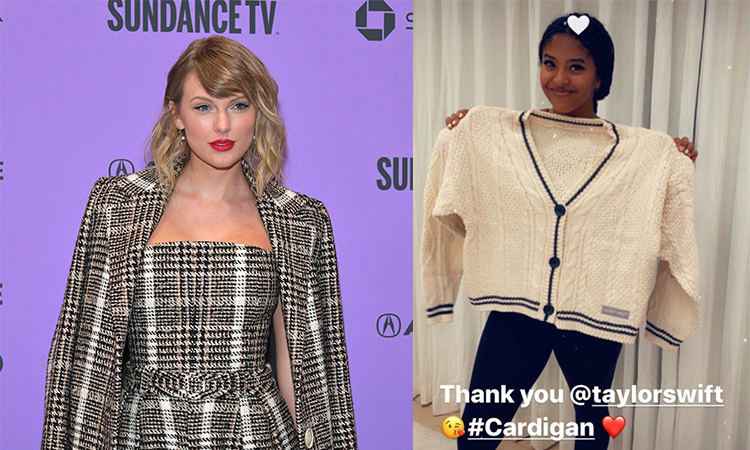 A combo photo of Taylor Swift and Natalia Bryant holding the cardigan.

Taylor Swift has sent one of her new signature cardigans to Kobe Bryant’s 17-year-old daughter, Natalia.

The teenager, who is a fan of Swift’s, revealed the sweet gesture on her Instagram Story over the weekend.

Her eighth record has received unanimous critical praise. Her label, Republic Records, have since announced that the album sold 1.3 million equivalent units in just 24 hours.

“Thank you SO much @taylorswift. I am obsessed with folklore,” Natalia wrote. 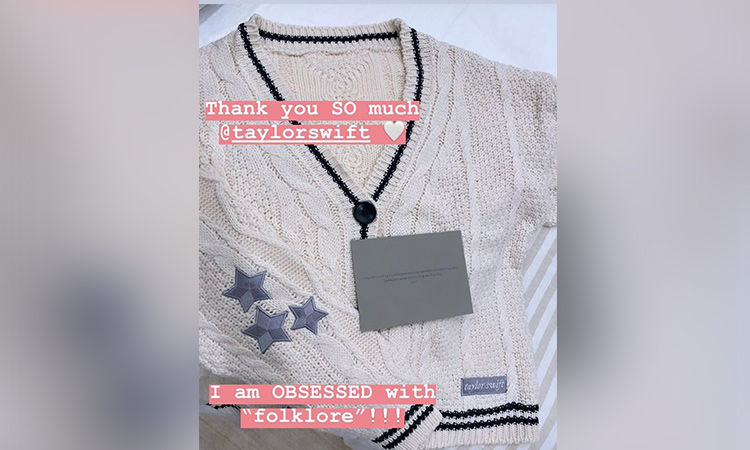 Natalia Bryant shares a picture of the cardigan on her Instagram.

Natalia’s mother Vanessa Brant also sent a thank you to Swift for her generosity and shared an image of her daughter with the cardigan.

Swift has known the Bryant family for some time. In 2015, Kobe Bryant surprised Swift on stage during one of her sold-out shows at the Staples Center in Los Angeles.

Natalia and her younger sister, Gianna, were also pictured with Swift backstage during her Reputation show in Pasadena, in 2018.

Upon hearing the news of Gianna and Bryant’s deaths in a helicopter crash this year, Swift shared a message expressing how much the family meant to her.

“Kobe meant so much to me and to us all. Sending my prayers, love, and endless condolences to Vanessa and the family and anyone who lost someone on that flight,” she wrote.