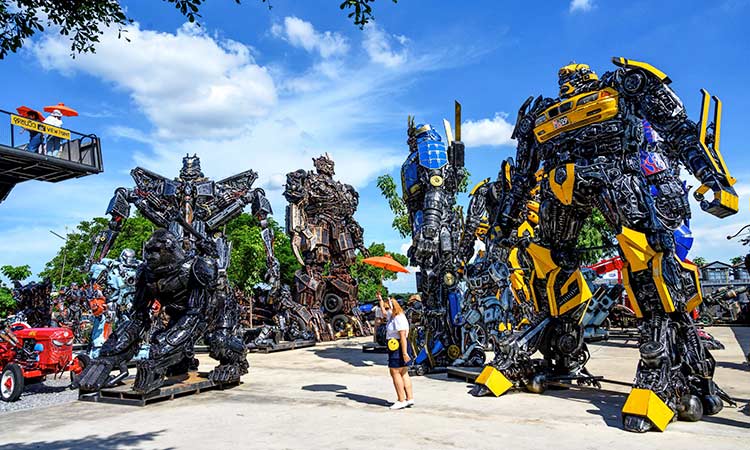 Life-sized sculptures of characters from the film 'Transformers'. AFP

Towering Transformers, life-sized Marvel superheroes and extra-terrestrial life forms — a "House of Steel Robots" in Thailand has made a name for itself by transforming scrap metal into dazzling sculptures inspired by Hollywood blockbusters.

Ban Hun Lek, an hour's drive north of Bangkok, has become a popular weekend spot for families eager for Instagram selfies against a backdrop that looks plucked from the silver screen.

Visitors to Phairote Thanomwong's welding workshop gaze up at eight-metre-high (26 feet) sculptures modelled after the robots of the Transformers franchise and a jet-black King Kong hewn together from old car parts.

Tourists looking at a life-sized Spiderman sculpture made of scrap metal parts. AFP

A life-sized sculpture of Robocop and other figures made of scrap metal parts.

A tourist posing for photos in front of life-sized sculptures of characters from the "Transformers" film franchise. AFP

A tourist posing for a photo in front of a life-size sculpture of a character from the "Alien" film series, right, and other sculptures. AFP

Phairote opened his welding workshop 20 years ago and eventually converted its front section into a gallery for curious tourists.

Every sculpture is built using scrap metal and recyclables, which makes each creation unique, he said.

Since the coronavirus pandemic spread around the world and sent the global economy into a tailspin, Phairote says his art exports have been put on pause.

Still, the towering metal brontosaurus at Ban Hun Lek, which can be seen from the main freeway, draws dozens of Thai visitors each weekend.

"If they want to see something amazing, they should come here," Phairote says with a laugh. 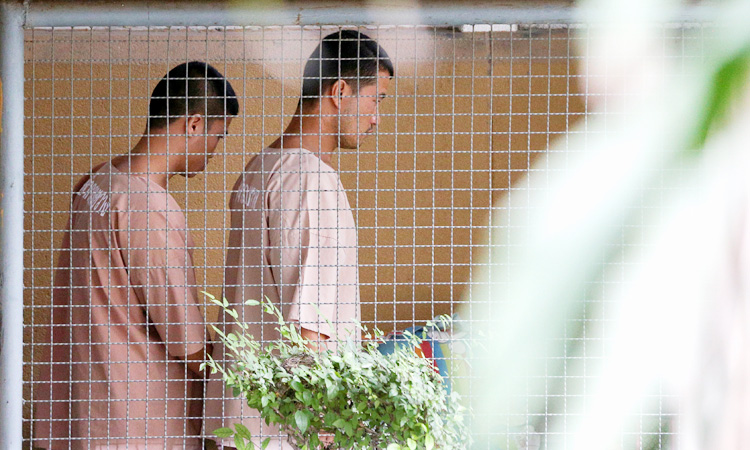