Chinese artist holds his tongue in protest of pandemic censorship 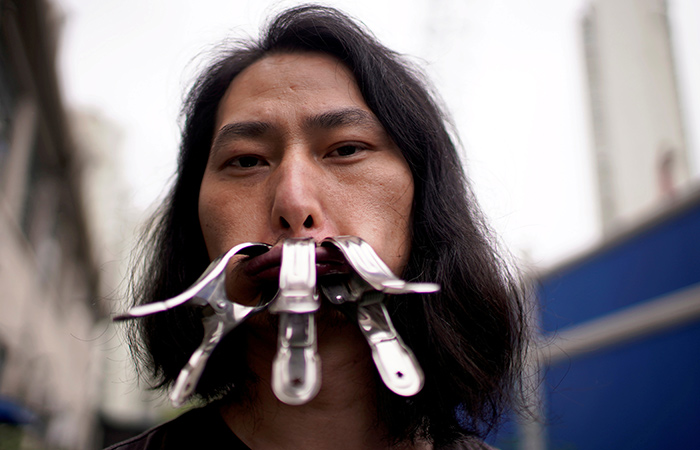 To protest censorship during the COVID-19 outbreak, a Chinese artist known as Brother Nut kept his mouth shut for 30 days, using metal clasps, gloves, duct tape and other items.

In the project - #shutupfor30days - he also sealed his mouth with packing tape with "404", the error code for a webpage not found, written across it, a nod to the blocking of online content that is common in China for sensitive issues.

"If you ask me how an artist should digest unfair treatment, such as violence or censorship, my first reaction is: keep fighting, with art," said Brother Nut.

The 39-year-old artist has built a reputation for statement-making projects in a country where the room for dissent has shrunk and censorship has intensified under President Xi Jinping. 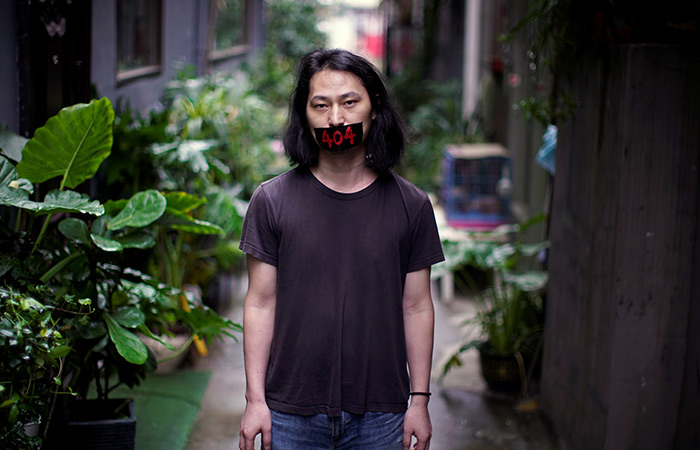 China faced a barrage of criticism over the virus that emerged late last year in Wuhan, from being slow to sound the alarm to the treatment of a doctor who tried to alert authorities about the outbreak but was reprimanded by police for "spreading rumours."

The doctor, Li Wenliang, became a symbol of the outbreak in China and later died from coronavirus.

"Sometimes I feel my job is similar to that of an NGO or a journalist - seeking to raise awareness of social issues and the moves to counter them," said the soft-spoken, long-haired artist during an interview at a cafe in Shanghai's M50 art district.

Brother Nut's previous performances include tugging a battery-powered vacuum cleaner around Beijing and creating a solid brick from polluted air.

In 2018, he invited a heavy metal band to play in a village polluted with heavy metals, prompting local environmental authorities to investigate the  contamination. 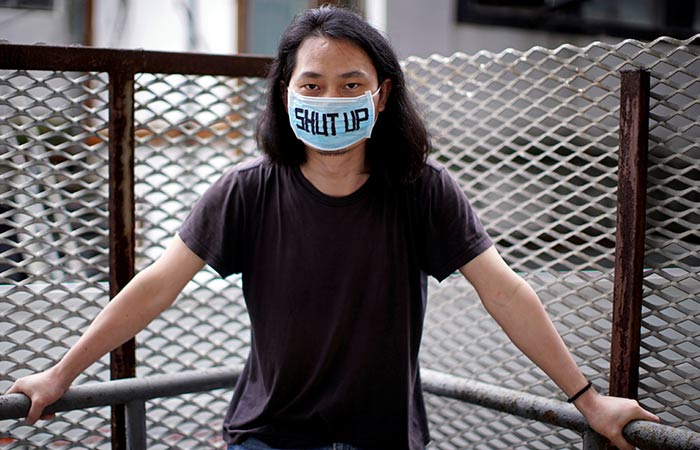 Brother Nut wearing a face mask with a protest word on it. Reuters

To speak up for investors who lost their savings in a financial scam, Brother Nut staged a torch relay dubbed "Good Luck Beijing," which in Chinese sounds similar to "Beijing Olympics".

He was later detained for 10 days by police.

Threats and calls from police are commonplace, which he said makes him angry, rather than fearful, although he does not want his real name to be published.

Brother Nut acknowledged that during last month's project to maintain silence, he sometimes spoke to himself while eating.

"We need expressions of art whenever and wherever. They're like flowers growing in cracks, and allow us to dance in the most desperate time," he said. 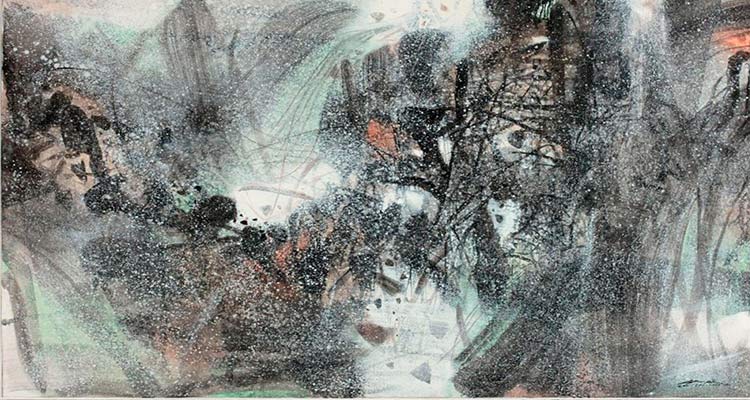 Paintings by two of the "Three Musketeers" of Chinese art, Chu Teh-Chun and Zao Wou-Ki, have set new records, going for nearly 10 million euros ($11.2 million) at a Paris auction. 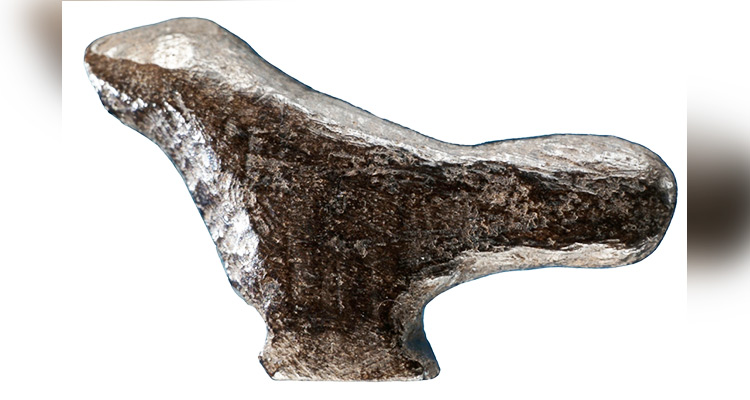 A tiny statuette of a bird carved from a burnt bone about 13,500 years ago reveals the origins of Chinese art, embodying a style different from prehistoric three-dimensional artwork by people in other parts of the world. 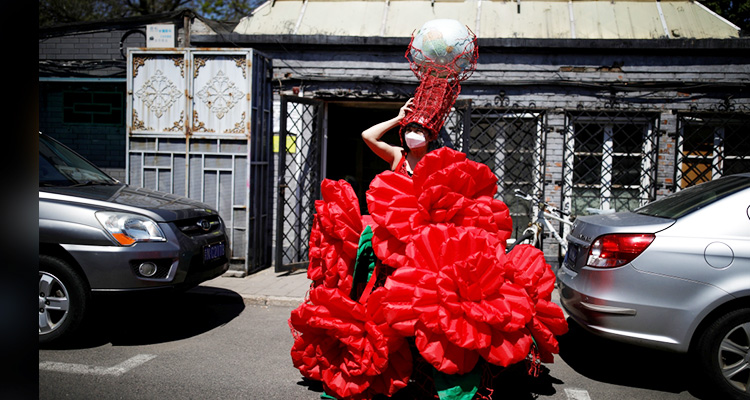