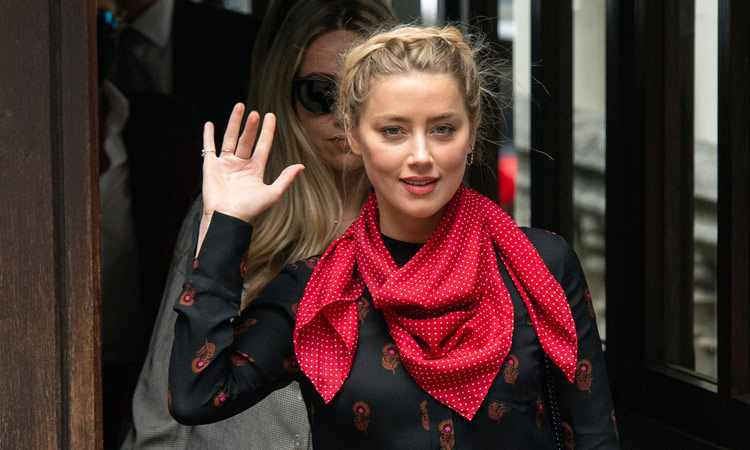 Amber Heard arrives on the seventh day of the libel trial by Johnny Depp against News Group Newspapers, at the High Court in London, on Wednesday. AFP

Amber Heard's former personal assistant claimed on Wednesday that she told the model-actress about a violent sexual assault she had endured, only for Heard to "twist" the story for her own use.

Kate James gave dramatic testimony at Johnny Depp's libel trial against a British tabloid newspaper that accused the actor of abusing ex-wife Heard during their relationship.

Depp is suing News Group Newspapers, publisher of The Sun, and the paper’s executive editor, Dan Wootton, over an April 2018 article that called him a "wife-beater.” He strongly denies abusing Heard. 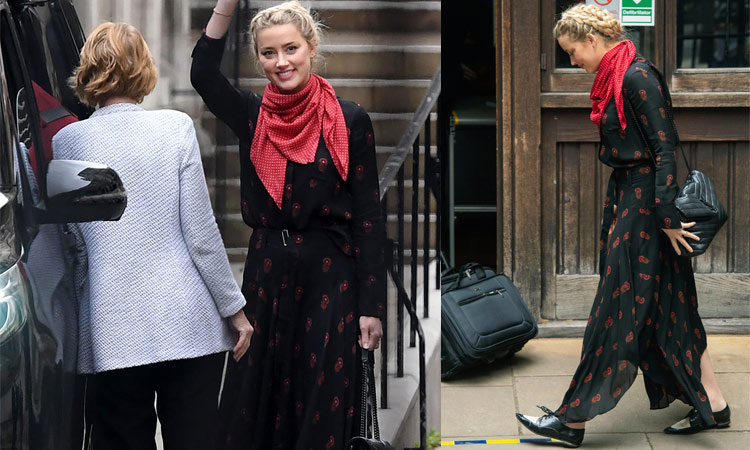 Amber Heard waves as she walks to the High Court for a hearing in Johnny Depp's libel case in London on Wednesday. AFP / AP

James, who worked for Heard between 2012 and 2015, gave evidence in support of Depp, and said she had told Heard that she was raped at machete-point in Brazil about 25 years ago.

She said she was shocked to learn that in a witness statement, Heard misrepresented and exploited the incident.

"She referred directly to a violent rape that occurred to me 26 years ago and she twisted it into her own story and she used it for her own use," James said by video link from Los Angeles.

"I am a sexual violence survivor and that’s very, very serious to take that stance if you are not one," she added.

Heard is due to give evidence in the case later this week.

Heard, 34, has made 14 allegations of violence by 57-year-old Depp between 2013 and 2016, in settings including his private island in the Bahamas, a rented house in Australia and a private jet. He denies them all.

Depp and Heard give wildly differing accounts of their volatile relationship, which began after they met on the set of the 2011 comedy "The Rum Diary.” They married in Los Angeles in February 2015. Heard filed for divorce the following year, and the divorce was finalized in 2017.

Also on Wednesday Depp’s former estate manager accused Heard of asking him to lie under oath after she was charged with bringing her two dogs to Australia illegally.

Kevin Murphy claimed Heard pressured him to commit perjury about the traveling terriers or risk losing his job.

"She wanted me to say essentially that it was my fault in one way or another that the paperwork wasn’t completed, so that I could take the blame for her," Murphy said.

Heard was charged in July 2015 with bringing Yorkshire terriers Pistol and Boo to the country illegally earlier that year. She pleaded guilty in April 2016 and escaped a conviction after expressing remorse.