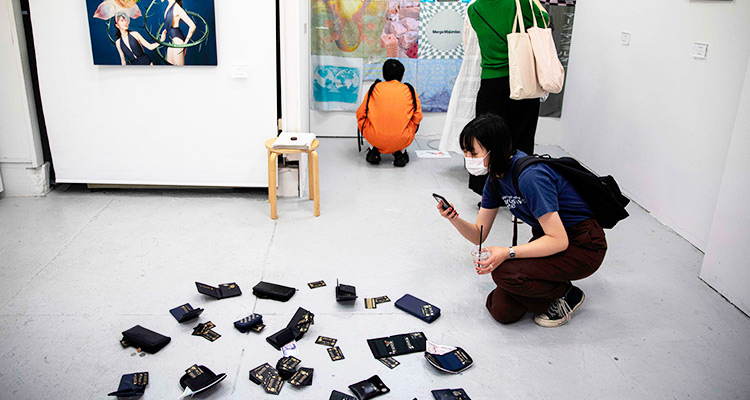 Visitors look at the artworks during the opening ceremony of a stealable art exhibition.

Hours after the gallery closed for the night, a crowd had gathered ready to pounce on the artworks.

The police station was nearby, but officers only intervened for crowd control, because all the pieces at the Stealable Art exhibition were up for grabs.

The event was intended as "an experiment", to alter the relationship between artists and visitors, organiser Tota Hasegawa told AFP.

It was originally conceived as a low-key event that might attract some covert thievery, but word spread so fast on social media that a crowd of nearly 200 people packed the streets near the gallery hoping for a chance to grab a prize. 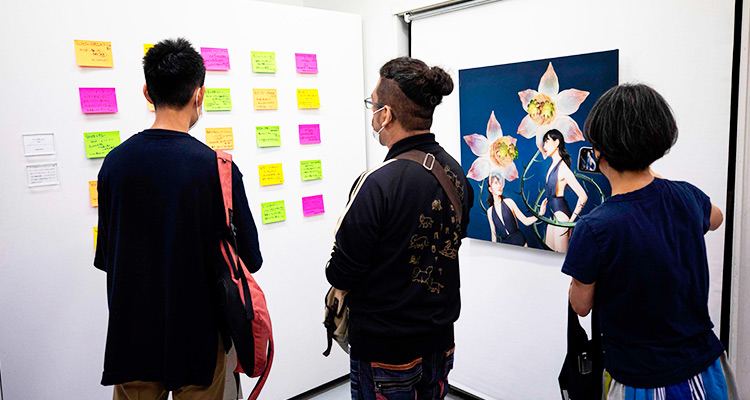 Would-be robbers were told they could raid the gallery from midnight, but the crowd was so big that the theft started half an hour earlier, and the exhibition that had been billed as running for up to 10 days was emptied of art in less than 10 minutes.

He arrived an hour before midnight only to see a crowd had already formed.

Since there was no apparent queue, he manoeuvered himself into a spot right in front of the gallery.

Hasada said he plans to hang the work, among those on display supplied by 10 contemporary artists, in his home.

But not everyone stealing the items appeared to have the same idea, with several artworks appearing on online auction sites within hours with price tags as high as 100,000 yen.

Even after the exhibit was emptied out, would-be thieves continued arriving, forcing a nearby police station to dispatch officers for crowd control. 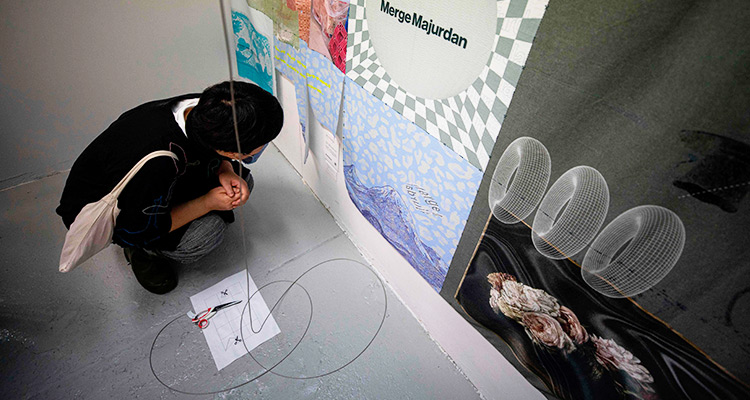 A woman looks at the artwork "Self Division" created by Merge Majurdan.

Yuka Yamauchi, a 35-year-old systems engineer, showed up 15 minutes before midnight but was too late.

"I entered with my husband and it was just packed with so many people... We saw larger artworks taken out by those who came earlier," she said.

Yamauchi recognised the clip because she was at a preview of the artwork six hours earlier to "case" the venue.

She said she would happily come back for a similar "participatory" art event, where some of the artists showcased work that was purpose-made for those hoping to make off with it.

Another work was a large cloth printed with lines to be cut along with scissors.

But would-be thieves were responsible for organising their own getaway vehicles.

A notice was posted at the entrance: "We do not assist art thieves with packing or transporting artworks, so you are responsible for everything."

Organiser Hasegawa told AFP he later met with police -- perhaps not used to such large-scale larceny in Japan, with its ultra-low crime rate -- to clear up any misunderstandings about the event and the crowd it attracted.

He said the budding thieves had proved to be "well-mannered."

They might have been there to stage robberies, but when "someone lost a bag with a wallet in it, it was passed onto a staffer and safely returned to the owner." 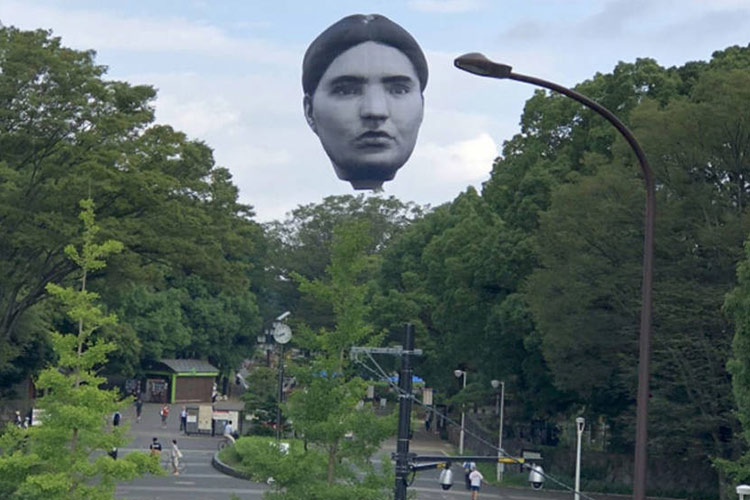 The piece called "Masayume", which was inspired by a dream that an artist had when they were in middle school. 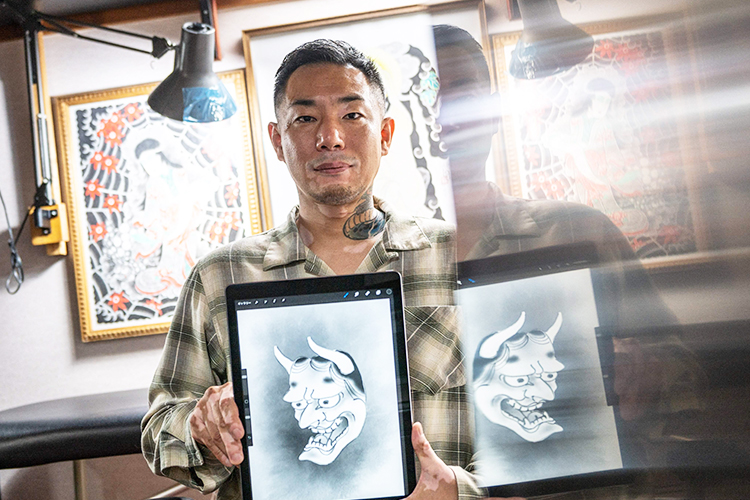