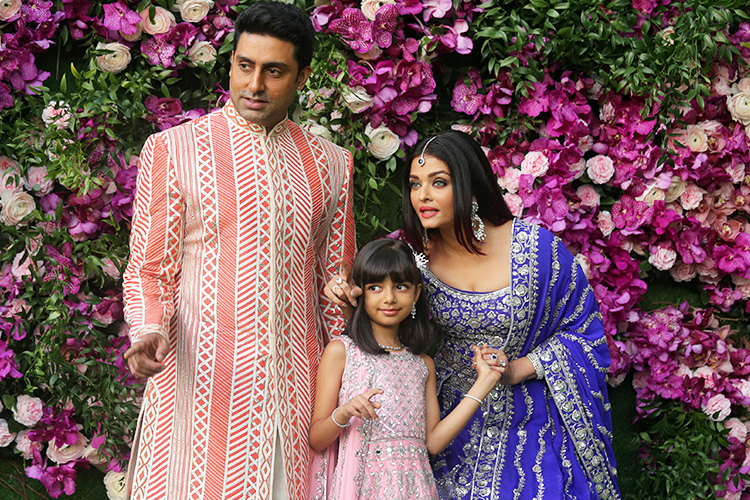 Abhishek Bachchan, Aishwarya Rai and their daughter Aaradhya pose for a photograph during a wedding ceremony in Mumbai. File 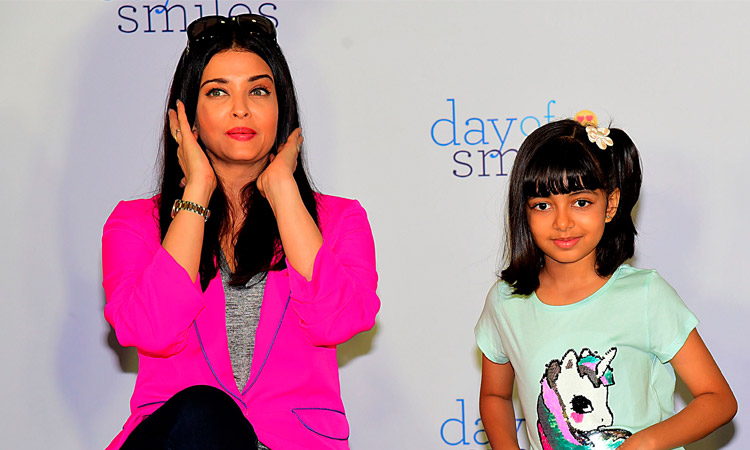 Her eight-year-old daughter, Aaradhya, was also COVID-19 positive, the Brihanmumbai Municipal Corporation official, who asked to remain anonymous, said.
Bachchan's actor son Abhishek, Rai's husband, said he too was positive but that both their cases were mild.


The news was also confirmed by Maharashtra Minister of Public Health and Family Welfare, Rajesh Tope.

On Saturday, antigen tests conducted on Aishwarya, 46, daughter Aaradhya, 8, and Aishwarya's mother-in-law Jaya Bachchan had yielded negative results. However swab tests were awaited at that point.

Aishwarya's husband, actor Abhishek Bachchan, and his father, Bollywood icon Amitabh Bachchan, had already tweeted to confirm that they had been infected with Covied-19 on Saturday evening. Both are admitted to Nanavati Hospital.

"T 3590 -I have tested CoviD positive .. shifted to Hospital .. hospital informing authorities .. family and staff undergone tests , results awaited .. All that have been in close proximity to me in the last 10 days are requested to please get themselves tested!" @SrBachchan wrote on his verified Twitter handle.

Soon after Bachchan's tweet, his son Abhishek Bachchan had tweeted to confirm that he too had tested Covid positive.

"Earlier today both my father and I tested positive for Covid-19. Both of us having mild symptoms have been admitted to hospital. We have informed all the required authorities and our family and staff are all being tested. I request all to stay calm and not panic. Thank you," Abhishek, 44, had tweeted on his verified account, @juniorbachchan.

On Sunday morning, Abhishek also confirmed the news on Instagram, requesting people to stay calm and not panic.

According to Nanavati sources, both Amitabh and Abhishek Bachchan are in stable condition.

Aishwarya Rai Bachchan took the Miss World crown in 1994 and made her acting debut in the late 1990s.

She went on to become one of the most famous Bollywood faces abroad as well as in India and has been a regular on the red carpet at the Cannes Film Festival. She married Abhishek Bachchan in 2007.

India on Sunday reported its highest single-day virus tally of more than 28,600 cases, for a nationwide total of just under 850,000 infections.

The nation of 1.3 billion people is the third-worst infected in the world after the United States and Brazil. 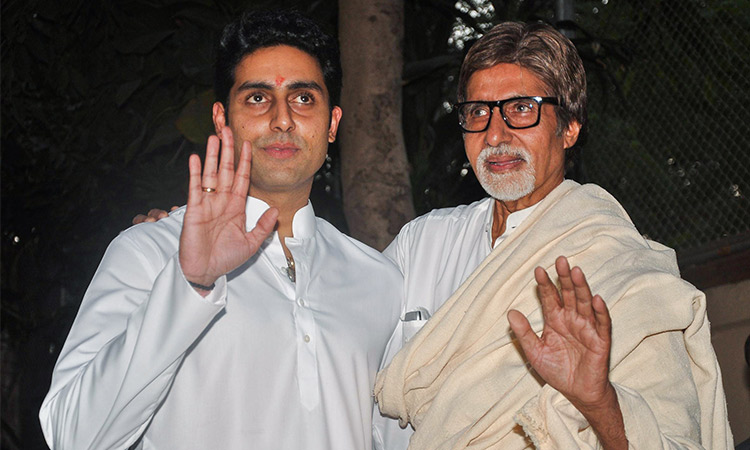