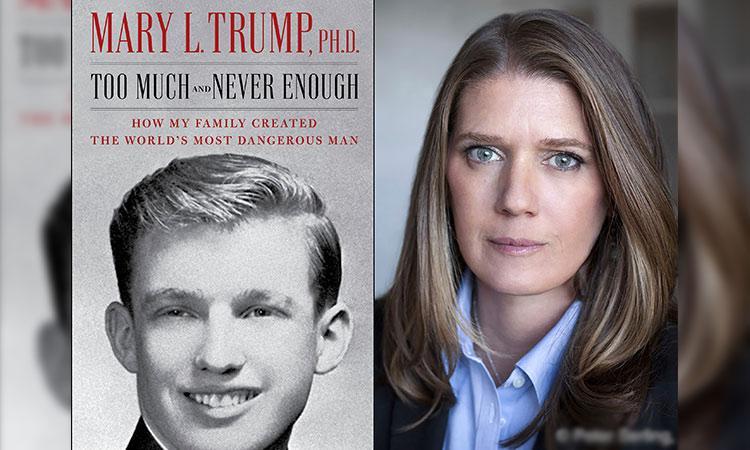 "Too Much and Never Enough: How My Family Created the World’s Most Dangerous Man", left, and a portrait of author Mary L. Trump. AP

The decision comes days after a New York state court lifted a judge's ruling that temporarily blocked publication at the request of Robert Trump, the president's brother.

The court battle remains pending, but is not expected to halt the publication.

Summer read: Summer Solstice An Essay by by Nina MacLaughlin

Charles Harder, an attorney for the Trump family, did not immediately respond to a request for comment.

Simon & Schuster said in a statement it was advancing the release date due to "high demand and extraordinary interest."

The memoir, titled "Too Much and Never Enough: How My Family Created the World's Most Dangerous Man," is the bestselling book on Amazon.com, which is accepting preorders for it.

"Mary L. Trump shines a bright light on the dark history of their family in order to explain how her uncle became the man who now threatens the world's health, economic security, and social fabric," Simon & Schuster said in promotional materials for the book.

Robert Trump has said the book would violate a confidentiality agreement tied to the estate of his father Fred Trump Sr., who died in 1999. Mary Trump is Fred Trump's granddaughter.

Harder, Robert Trump's lawyer, has argued that the case is not about freedom of speech but is instead focused on breach of a 2001 confidentiality agreement.

Simon & Schuster has said it was not even aware of the confidentiality agreement until recently.

On June 20, a federal judge in Washington, D.C., rejected a White House request to block former