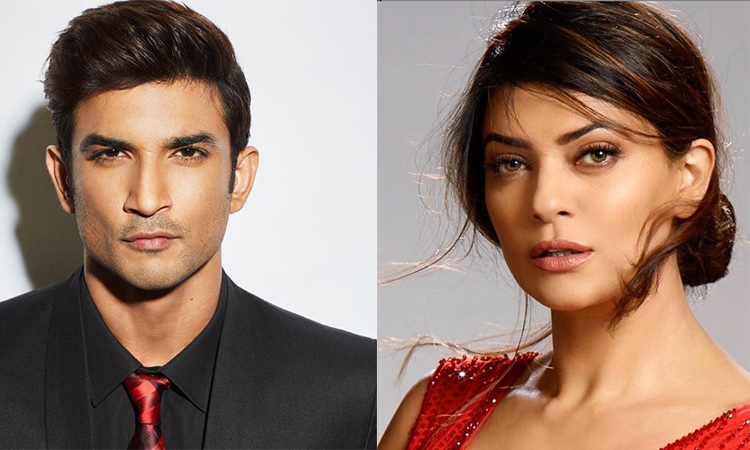 A combo photo of Shushmita Sen and Sushant Singh Rajput.

Sushmita took to Instagram to express her thoughts about the late actor. The actress also revealed sharing her fascination for the number 47 with Sushant!

Sen uploaded a poster of ‘Dil Bechara’ and wrote a long caption which read, "I didn't know Sushant Singh Rajput personally...only through his films and some interviews!! He had tremendous emotional intelligence both on and off screen!! I feel like I know him better now, all thanks to his fans...Countless lives that he touched, with endearing simplicity, grace, love, kindness and that life affirming smile!!!" 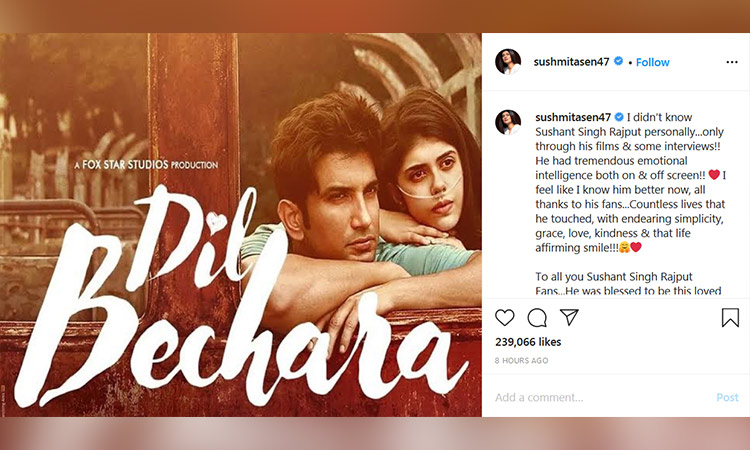 "To all you Sushant Singh Rajput Fans...He was blessed to be this loved by you all...not just as a brilliant Actor but also, as a celebrated human being, one who belonged!!"

"I wish I knew him, had the opportunity to work with him...but mostly, that we would've had the time, to share the mysteries of the 'Universe' from one Sush to another...and maybe, even discovered why we both had a fascination for the number 47!!!"

"Loved the Trailer of #dilbechara. Here's wishing the very best to everyone in the team!!! My regards & respect to Sushant's family, friends & loved ones..his fans!!!" she added.

Several other Bollywood celebs have also lauded the trailer of "Dil Bechara" which is releasing a month after the actor's death.