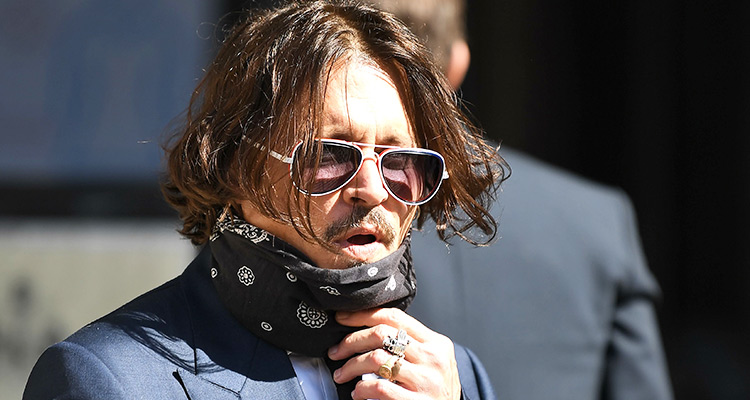 Johnny Depp arrives on the first day of his libel trial.

Depp, 57, is suing News Group Newspapers (NGN), publisher of The Sun, and its executive editor Dan Wootton for an April 2018 article which referred to him as a "wife beater".

The "Pirates of the Caribbean" star strenuously denies the accusation.

The case, which was delayed because of the coronavirus outbreak, will be heard over 15 days at the High Court in London.

Depp denies being abusive towards Heard, 34, and has brought separate libel proceedings against her in the United States.

As well as Depp and Heard, his former partners Vanessa Paradis, the French singer, and the actress Winona Ryder are due to give evidence. 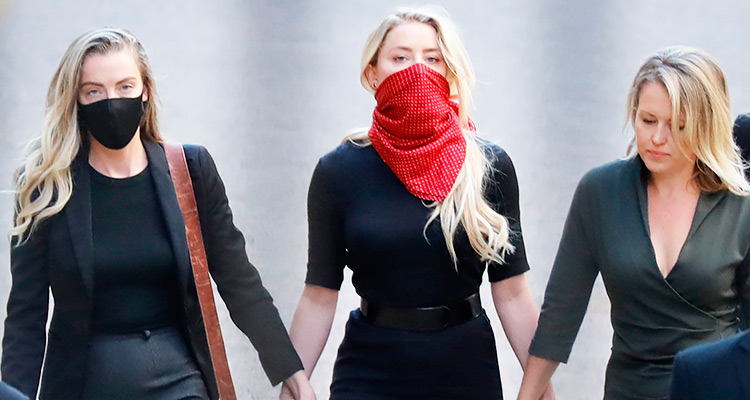 In pre-trial witness statements Paradis -- his former long-time partner with whom he has two children -- has described the actor as "kind" and "non-violent".

Ryder said she could not "wrap my head around" Heard's accusations that Depp was abusive.

NGN failed last week in a last-ditch bid to have the case dismissed, arguing Depp was in breach of a court order for failing to disclose documents from the US case.

Nicol, who will rule on the case, agreed he was in breach but decided the trial should go ahead nonetheless.

The Sun is relying in its defence on 14 separate claims of domestic violence that Heard alleges occurred between early 2013 and May 2016.

During pre-trial hearings, NGN lawyers said Depp had failed to hand over details of text messages from 2015, which allegedly referred to drug-taking.

They argued they were "profoundly damaging to his case".

The messages were sent shortly before what Heard has claimed was a "three-day ordeal of physical assaults" in Australia, the court heard.

Johnny Depp, Mark Rylance clash in Waiting for the Barbarians

Judge Nicol had previously refused an application by Depp's legal team to require Heard to disclose evidence, including a secret recording of a conversation with the actor.

The request also involved communications between Heard and "Rocketman", a contact saved in her phone who Depp claims is the SpaceX and Tesla founder Elon Musk, as well as with actor James Franco.

Depp's lawyer David Sherborne told the court last week that Heard had affairs with both Musk and Franco while she was going out with or married to his client.