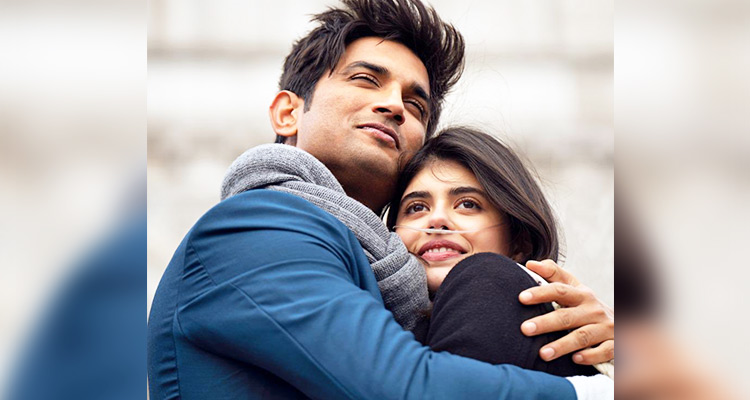 The poster of the film 'Dil Bechara.'

"I am a fighter". That's how late actor Sushant Singh Rajput describes himself in the trailer of his final movie "Dil Bechara", striking an ironic note with reality.

The trailer of the film, which pairs him opposite budding actress Sanjana Sanghi, was released on Monday.

"Dil Bechara" is the official remake of 2014 Hollywood romantic drama "The Fault In Our Stars", based on John Green's popular novel of the same name. It narrates a fairytale love story with a tragic ending.

The film follows a young couple in love, as they meet and fall for each other. The tragedy about the story comes with the fact that he has a brush with osteosarcoma, while she is fighting thyroid cancer.

The story then takes the audience on an emotional ride as they embark on a bittersweet journey in a bid to live life to the fullest. 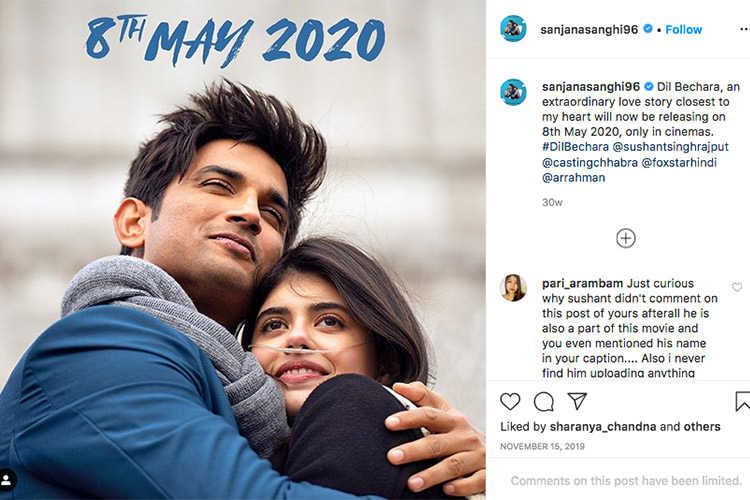 In the trailer, Sushant comes across as a happy guy, who is in love with life and wants to spread cheer.

There is a sequence where he calls himself a fighter, and there is one instance where he says: "We don't decide when we are born or when we will die, but we can decide how we live". The lines seem to get a new meaning after his demise.

Last month, Sushant was found hanging in his Bandra residence by his domestic help, which left Bollywood and his fans shocked. He was reportedly battling depression over the past few months and undergoing treatment.

Casting director Mukesh Chhabra is making his directorial debut with "Dil Bechara". He got emotional with the trailer launch, and took to social media to reflect on his emotions.

"Finally after such a long wait, 2 years of my life. So many friendships close to my heart,so many ups and downs, happy and sad moments. Presenting to you our dream and the dream of my brother Sushant, who will live on in me till my last breath," he wrote.

Chhabra continued: "The trailer of my debut film #DilBechara. So much has changed in my life these past years and I will always cherish every single moment. Putting the trailer out there in your hands and in your hearts. It's over to you now.

For every single one of you to watch from your home as many times as you like, I'm glad it's free for everyone, without any subscription, so every single person in India can watch it. So many mixed emotions. I urge you to watch it with your family, friends, girlfriend, boyfriend, loved ones. For you to celebrate a life that lived and will forever be in our hearts."

"Dil Bechara" will see Saif Ali Khan in a cameo. Composer AR Rahman and lyricist Amitabh Bhattacharya have collaborated to create music for the project. Sushant's last film "Dil Bechara" will premiere on the OTT platform Disney+ Hotstar on July 24. 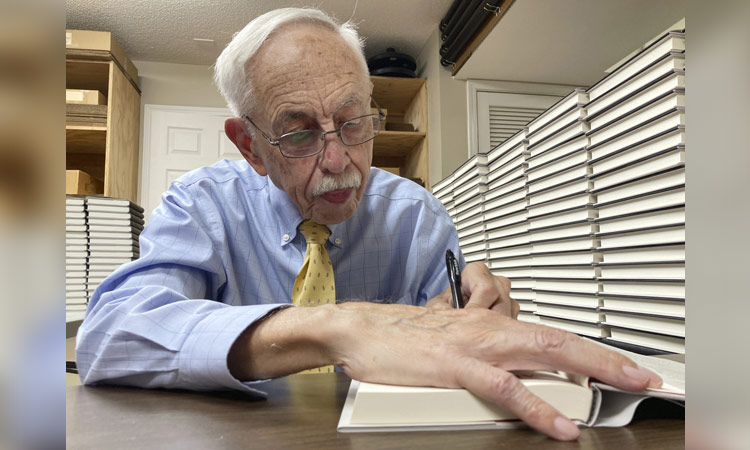 Based on Flynt’s notes from dozens of visits with Lee over a decade before her death in 2016, the book is like sitting on a porch and hearing tales of Lee’s childhood and family in rural Alabama, her later life in New York and everything in between.