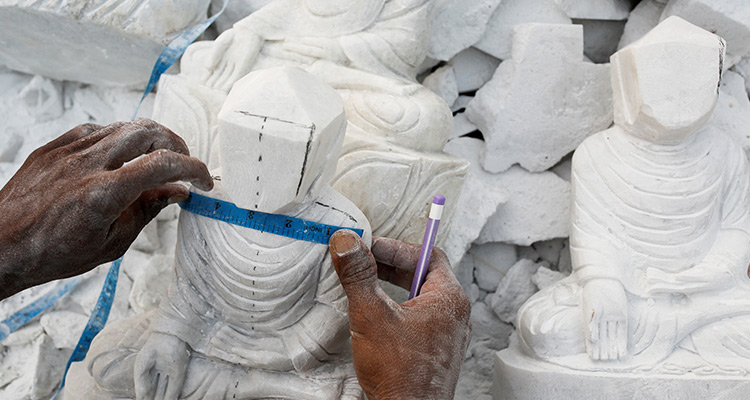 A marble carver makes measurements of a piece of marble as he carves a Buddhist statue.

"We are blessed to carve Buddha," he said at his stone workshop surrounded by the seven white hills that give Sagyin village its name, which means "marble" in Burmese.

For generations, artisans in this part of Buddhist-majority Myanmar have carved out a living from the marble, fashioning mostly colossal Buddha statues to be sold in the nearby city of Mandalay or exported to neighbouring China and Thailand. 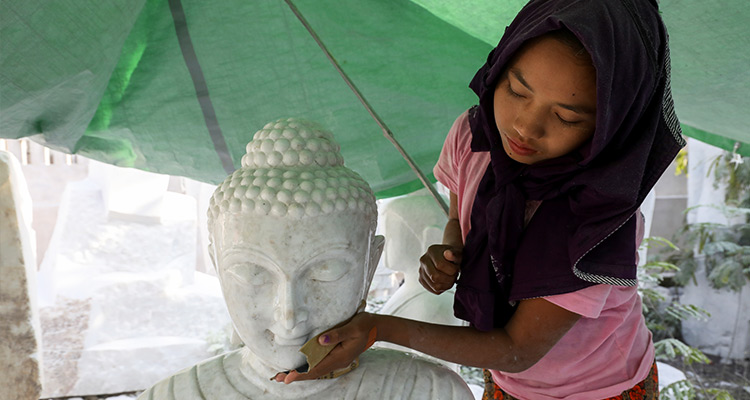 A worker polishes a Buddhist statue made of marble at a workshop in Sagyin.

Many of the several thousand villagers here earn a modest living from the marble mines, hauling the slabs down the hill, carving them into statues, or exporting them overseas.

Burmese marble, which ranges from pure white to bluish grey, is prized for its hardness and texture.

A 45-tonne slab can sell for $40,000. In Sagyin, specks of the stone are used for everything from brushing teeth to washing clothes. 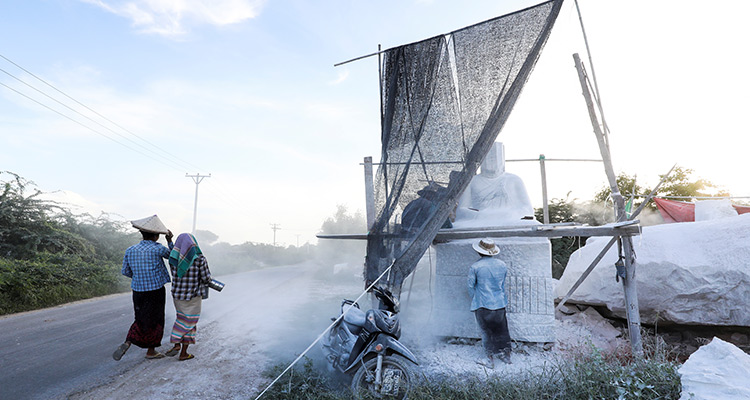 Marble carvers carve a statue of a Buddha in Sagyin, Mandalay, Myanmar.

"We grew up breathing the dust," said Chin Win, 35, who has been carving statues since he was 11 years old.

"We use it as toothpaste, for soap powder, lipstick." 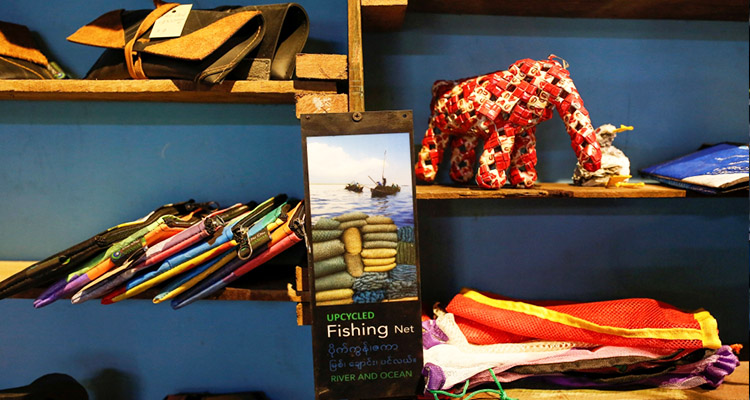 ChuChu - named after the Burmese for "plastic house” - sells handicrafts and fashion products recycled from the thousands of tonnes of trash dumped in Yangon every day.