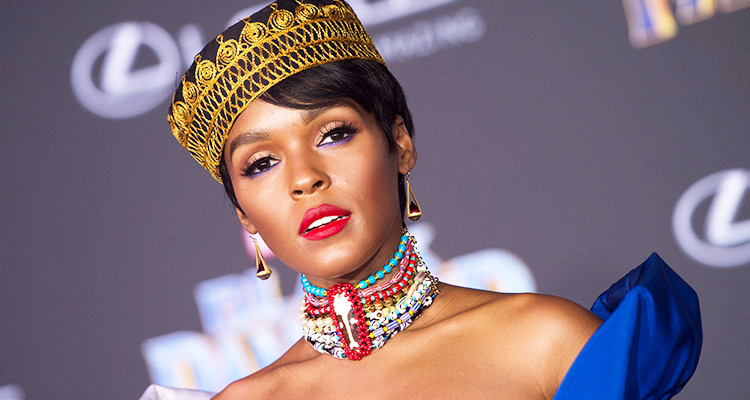 Musician Janelle Monae poses for the media during an event.

Actress-musician Janelle Monae has called out the prevalent misogyny in the music industry, saying she wants to "hear women rapping".

The singer took to Twitter to rant against misogyny.

"I really only ever wanna hear women rapping . The amount of misogyny from most of men in rap and music is infuriating . We need to abolish that shit too," Monae wrote .

"Women (black women in particular) have been betrayed by the majority of men for far too long . The systems that enable Patriarchy and abusers of power are burning . Either bring gasoline or burn with them.

Misogyny has NEVER been okay yet it has become normalized. Women didn't create misogyny, y'all did. SO YOU DO THE WORK to ABOLISH IT," she added.

The artist continued: "Misogyny in entertainment, boardrooms, the WH, households, corporate spaces, army, church, let's us all know ya'll do not care about women on a human to human level and you never have. If you did it would have been ABOLISHED centuries ago. You had time. 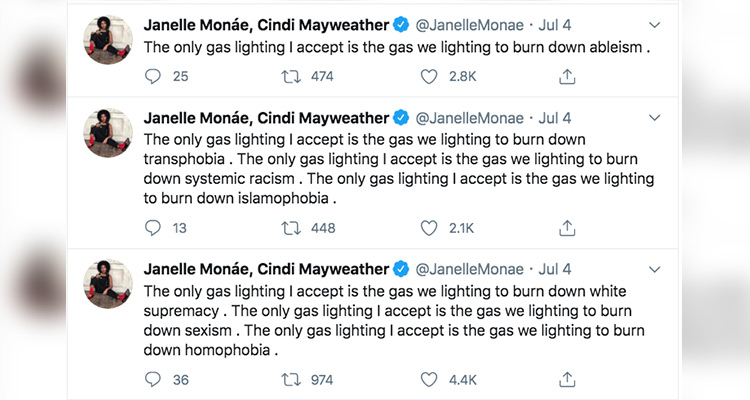 The way many RELIGIONS are used to oppress women and perpetuate misogynistic ideals to REMAIN IN POWER must be discussed WAY MORE and ABOLISHED.

"Yes white people need to do the work to dismantle systemic racism, white supremacy, etc. And yes men (& those who benefit from the systems) need 2 do the work 2 dismantle patriarchy, sexism & misogyny.

You must call in those w/ toxic behaviors even if it's YOU. EVERY DAY. You can love someone and STILL hold them accountable. Love is not exempt of accountability. They can go hand and hand," she added.

The actress feels the world is in the moment of "reckoning".

"Some folks won't retweet anything about sexism and misogyny and abuse against women for fear they may be called out. Reformation is possible tho. If you do the work now you don't have to live in fear. Free yourself. But most importantly FREE WOMEN. A lot of my musical heroes and peers' Work are problematic in many ways . And I just might be a problematic hero to someone," she wrote.

Monae broke into the music scene with her debut album "The ArchAndroid" in 2010. She rose to fame with her image of a person of colour adding afro-futuristic touch to her musical world of R&B and Pop.

With multiple nominations for Grammy awards, she made her way to the acting world. She worked in films like "Moonlight" and "Hidden Figures", as well as in the second season of the web series, "Homecoming".

Fight the Power the soundtrack of US anti-racism protests

The 34-year-old star wrote: "The only gas lighting I accept is the gas we lighting to burn down the misogyny."