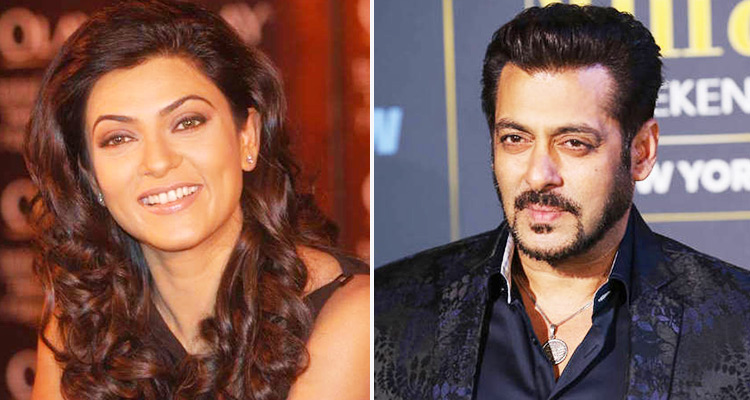 In the clip he shared on Saturday, Salman said: "Ek baar jo maine pehla episode dekh liya, uske baad, saare episode dekhe bina, main nahi uthta (Once I see the first episode, then I don't budge from my seat until I see all the episodes)."The line renders a quirky twist to his popular "Wanted" dialogue: "Ek baar jo maine commitment kar di, toh phir main khudki bhi nahi sunta (Once I make a commitment, then I don't listen even to my own voice)."

The star captioned the video, which currently has over 1.4 million views on the photo-sharing website: "Swagat toh karo Aarya ka! What a comeback and what a show! Congratulations @Sushmitasen47 aur dher saara pyaar! (Please welcome Aarya. Congratulations Sushmita and lots of love)."

However, this did not go down with a lot of netizans.

wrote: "Tum khooni ho (you are a murderer)." 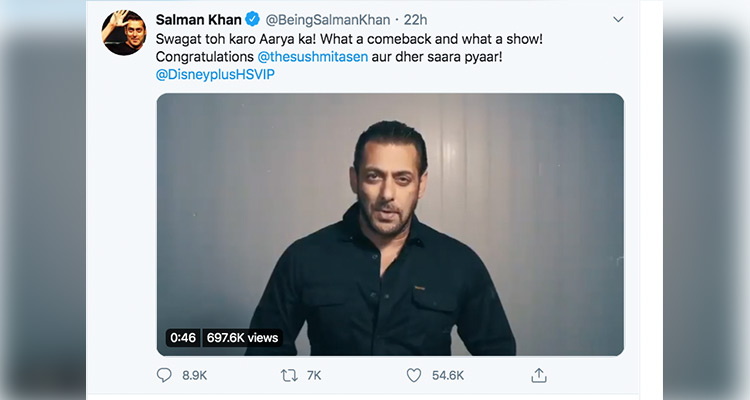 Bollywood actor Sushant Singh Rajput's untimely demise has led to a heated debate about Bollywood camps and nepotism. Hashtags including #JusticeForSushant trended on Twitter as a large number of netizens felt the young actor had been a victim of politics and power play by Bollywood's nepotism gang, which eventually pushed him towards a drastic step.

On June 19, leaders of the Jan Adhikar Students' Council burnt the effigies of Salman and Karan at Kargil Chowk in Patna.

Sushant was found hanging in his Bandra residence on June 14 morning by his domestic help, which left the industry and his fans shocked.

He was reportedly battling depression over the past few months and undergoing treatment.

A criminal complaint against Salman, Karan and producer Ekta Kapoor among several others was also filed, on the ground that they allegedly sabotaged his career.