Book Review: Race divides a family in ‘The Vanishing Half’ - GulfToday

Book review: Race divides a family in ‘The Vanishing Half’ 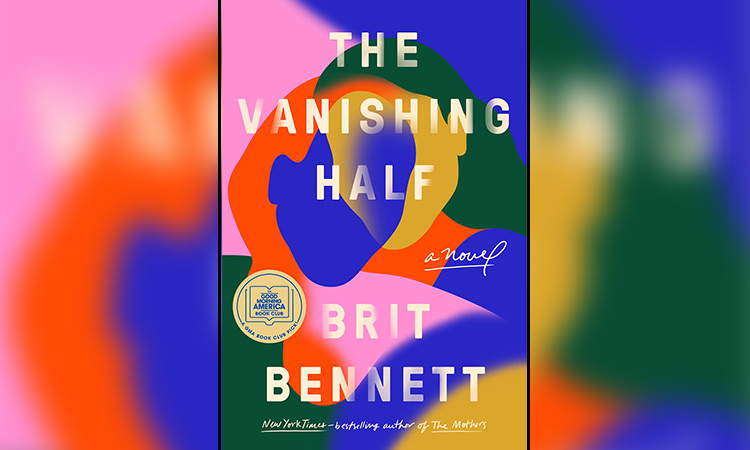 "The Vanishing Half" by Brit Bennett. TNS

Race is much on America’s mind now, in all the myriad ways it shapes our lives, whatever colour our skin might be. It also lies at the heart of Brit Bennett’s moving and insightful new novel, “The Vanishing Half,” the story of twin sisters who choose to live their lives as different races, one black, one white.

Like Bennett’s bestselling debut novel “The Mothers,” published in 2016, this book revolves around family relationships and family secrets.

This time it’s the Vignes family of Louisiana. They are descendants of Alphonse Decuir, who founded the town of Mallard in 1848 “on the sugarcane fields he’d inherited from the father who once owned him.” The light-skinned Decuir marries a mixed-race woman lighter than himself, with the goal of having lighter children.

All of the inhabitants of Mallard? So tiny and remote it doesn’t appear on maps — follow suit down through the generations. By 1938, when an Irish priest is sent to minister to the town, he can’t figure out why its “fair and blonde and redheaded” people are considered black: “Was this who counted for colored in America, who whites wanted to keep separate? Well, how could they ever tell the difference?”

But they can, and that point is made with brutal force to Stella and Desiree Vignes when they’re tiny girls, in the mid-1940s. Their gentle father, Leon, is for trumped-up reasons “lynched twice” — shot four times by a gang of white men in his home, he survives, and only to have the men enter the hospital where he’s being treated and kill him in his bed.

The twins grow into teenagers with “creamy skin, hazel eyes, wavy hair,” pretty enough to keep their no-nonsense mother, Adele, busy chasing off boys. She especially dislikes Early Jones, a darker-skinned boy from out of town with whom Desiree has a brief but intense flirtation.

The twins are so close they sometimes feel like they’re one person. In 1954, tired of small-town life, 16-year-olds Desiree and Stella run away to New Orleans. For a while they glory in their new independence together, but one day Stella simply disappears, leaving her sister and mother heartbroken.

Each twin takes a surprising path. Desiree moves to Washington, D.C., trains to be an FBI fingerprint examiner and at the Bureau meets and marries Sam Winston, “the darkest man she could find.” He’s ambitious and charming, until he begins to beat her. Fourteen years after she left Mallard, Desiree flees Sam and shocks the town by returning with her “blueblack” 8-year-old daughter, Jude.

Stella’s seismic life change begins when she gets a job as a secretary in New Orleans by passing for white; at a job interview, a supervisor assumes she’s white, and Stella doesn’t correct her. “She felt queasy at how simple it was. All there was to being white was acting like you were.”

Soon her very rich, very white boss, Blake Sanders, is flirting with her. When they marry and thereafter, he has no clue she is black. When Stella has a daughter, Kennedy, she’s terrified to look at her newborn, then flooded with relief to see the baby’s fair skin, blond hair and violet eyes.

When Desiree returns to Mallard, she only means to stay a little while, but ends up being there for 20 years. She runs the local diner, cares for her daughter and aging mother, and finds herself in a relationship with Early, who works as a bounty hunter.

By 1968, Stella and Blake are living in a posh neighborhood in Los Angeles. She has so internalized her white identity that when news spreads that a black family is trying to buy a house across the street from her family, she stands up at the neighborhood meeting to demand they be blocked.

In the book’s second half, Bennett moves to the lives of the twins’ daughters. Quiet, stoic Jude, who has endured countless racist taunts from her light-skinned classmates in Mallard, earns a track scholarship to UCLA and departs for Los Angeles. At a Halloween party, she meets Reese. They’re both disguised, he as a “golden brown” cowboy, although she’ll learn as they fall in love that his disguise is more complex than she knew.

During a side gig with a caterer, Jude is reluctantly serving a drink to a snotty violet-eyed teenager when a woman who is the image of Desiree walks into the party and shocks her down to her soul. It will take her years, as she finishes college and enters medical school, to connect first to Kennedy, who is pursuing an acting career, and finally to Stella.

“The Vanishing Half” is skillfully structured and filled with richly developed characters who defy stereotypes. By turns poignant and funny, it’s a timely look at the dual nature of race — an abstract construct, a visceral reality — and the damage that racism can inflict. 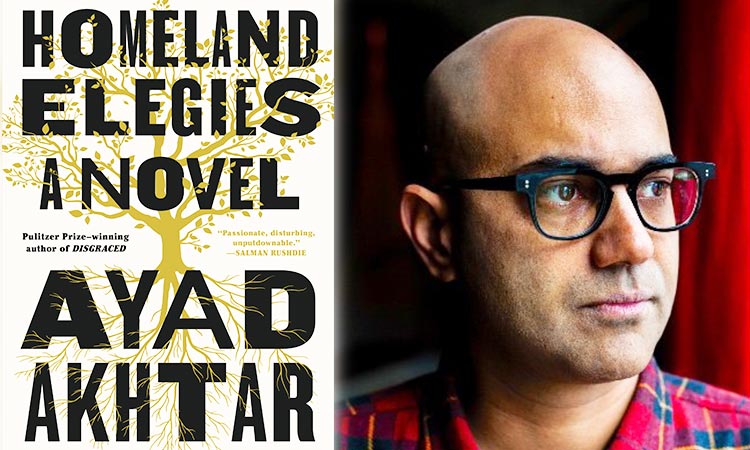 In ‘Homeland Elegies,’ the American Pulitzer Prize-winning author of Pakistani heritage dissects greed, politics and religious divisions in the US.