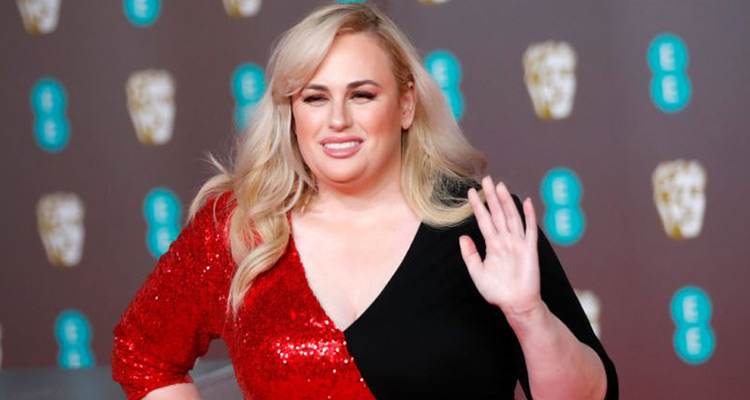 Rebel Wilson gestures to the media during an event.

Rebel Wilson, who has decided to take up a healthy lifestyle, has made a revelation that she was "paid a lot of money" to stay "bigger", because it highlights her comedic roles.

Popular for playing Fat Amy in the musical film "Pitch Perfect" franchise, Wilson said: "Weirdly this year was always going to be the year of health.

I've been naming my years now, and, that's kind of having these resolutions but for the whole year."

She said she used to think as to why she was over eating. "It's not like I want to lose weight and get to around a certain number. It's more than that, it's about dealing mentally with why I was overeating and I had a job where I was paid a lot of money to be bigger, at times which kind of can mess with your head a bit," she said, according to a section of the media.

Wilson is considering documenting her journey about fitness in a book.

Hollywood heartthrob Margot Robbie tells everyone she would disappear soon

"So now I'm just trying to work on the mental side and the physical job and doing a lot of personal training and, and on the nutrition side like it's, it's cool I should probably write a book at some point about it because people seem to be interested," she said.