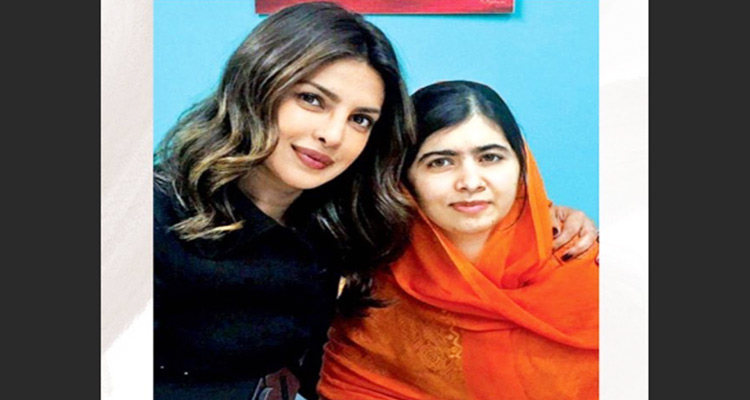 Screenshot of the post shared by Priyanka for Malala.

Indian actress Priyanka Chopra Jonas has congratulated Pakistani education activist and Nobel laureate Malala Yousafzai on her graduation from Oxford University with a degree in Philosophy, Politics and Economics.

Priyanka took to her Instagram Stories, where she posted a picture of herself along with Malala, who became of the face of Taliban brutality when she was shot in the head for going to school in the Swat valley.

She captioned it: "Happy Graduation, @malala! Your philosophy, political and economic degree from Oxford is such an achievement. I'm so proud!" 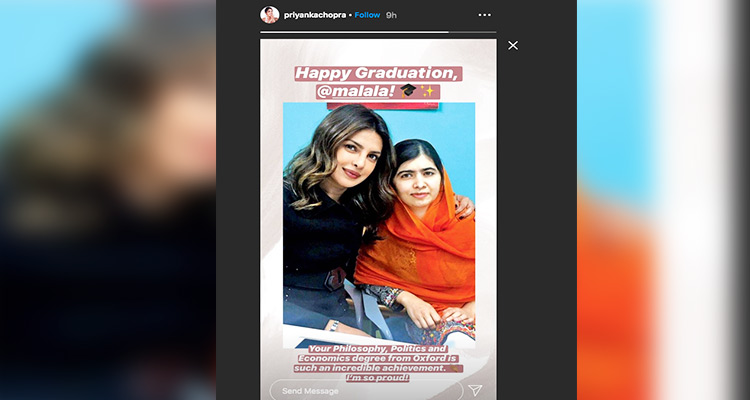 On June 19, Malala had shared her excitement on Twitter by posting a happy picture with her family, cutting a cake.

"Hard to express my joy and gratitude right now as I completed my Philosophy, Politics and Economics degree at Oxford. I don't know what's ahead. For now, it will be Netflix, reading and sleep," she wrote.

Malala first shared the news of her graduation on June 8 when she participated in the YouTube special, #DearClassof2020.

Malala had shared then that she still had "four more exams to go".