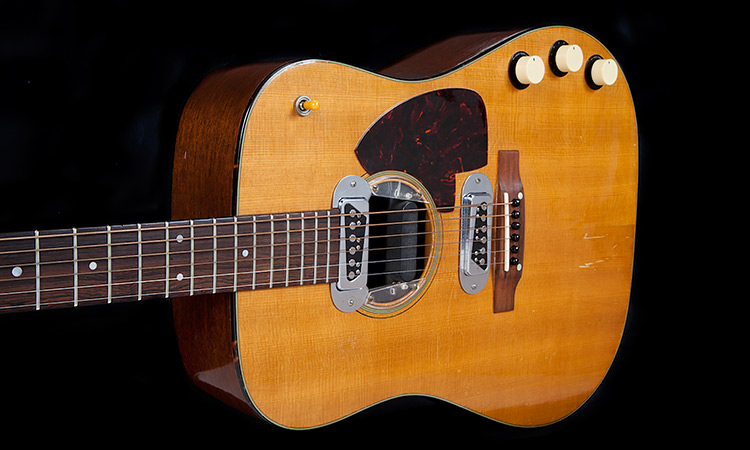 At $6.01 million after fees and commission, the instrument was the most expensive guitar ever sold at auction, among other records.

The starting estimate was $1 million. 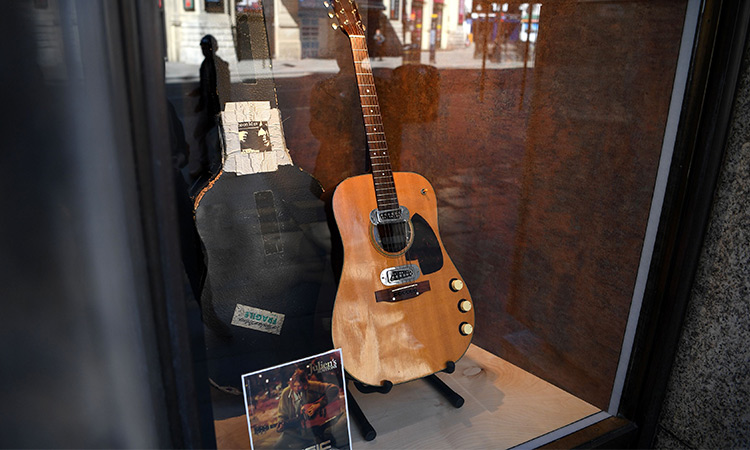 The guitar is displayed in the window of the Hard Rock Cafe Piccadilly Circus in central London prior to the auction of the guitar in Beverly Hills.

Freedman said he plans to display the guitar in a worldwide tour, with proceeds going to benefit performing arts.

"When I heard that this iconic guitar was up for auction I immediately knew it was a once-in-a-lifetime opportunity to secure it and use it as a vehicle to spotlight the struggles that those in the performing arts are facing and have always faced," the Australian was quoted as saying by Julien's Auctions.

The guitar was sold with its case, which Cobain had decorated with a flyer from punk rock band Poison Idea's 1990 album "Feel the Darkness."

Until now, the most expensive guitar in history was a Fender Stratocaster, dubbed "Black Strat," used by Pink Floyd guitarist David Gilmour.

It had been sold by the musician for nearly $4 million during a charity sale in June 2019.

Nirvana's acoustic performance during the taping for the popular MTV Unplugged series on November 18, 1993 became what is considered one of history's greatest live albums.

It included renditions of Nirvana's hits "About A Girl" and "Come As You Are" along with covers including David Bowie's "The Man Who Sold the World."

In October 2019 Cobain's cigarette-singed cardigan worn during the "Unplugged" performance sold for $334,000.