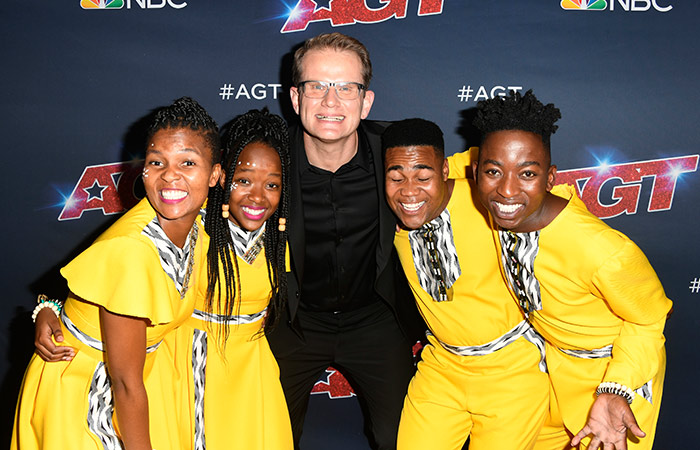 Ndlovu Youth Choir at the America's Got Talent.

The dusty streets of rural South Africa are a far cry from the bright lights of "America's Got Talent,” but that's where the members of the Ndlovu Youth Choir find themselves coping with the coronavirus pandemic.

With an electrifying mix of vocals and dance moves, the group made the finals of the U.S. television show last year. Sold-out performances across the U.S. and Europe followed, as well as a recording contract.

But COVID-19 halted their international tour and landed them back where they began, Moutse Valley in South Africa's Limpopo province, one of the country's poorest regions.

"We were supposed to go to Germany for a performance, but it got canceled. We are used to touring the world, doing shows everywhere, and during this corona time it’s been very difficult and frustrating,” said Sandile Majola, 26, a member of the chorus and its manager.

The virus has created new risks for singing together, but this "cultural catastrophe,” as one British arts group called COVID-19, is not stopping the young singers.

Ndlovu is the Zulu word for elephant, and like the pachyderm the choir members are showing determination to move forward.

The group was formed in 2008 to help orphans and children of HIV patients, said Hugo Tempelman, a Dutch doctor who 30 years ago started a medical clinic that has become a wide-ranging community development project, the Ndlovu Care Group.

The project had more than 600 child-headed households in the orphan and vulnerable children program, he said.

"We tried to assist those kids with food programs and tried to give them a more resilient way of surviving, through life skills,” Tempelman said.
He saw a bigger need for the children’s development.

"When I saw the kids go home, I still didn’t see a smile. And I thought that if we want to provide hope, we must give them something that they can be proud of,” he said.

He came up with the idea of a youth choir.

"Of course, you start a choir, because Africa sings," he said. "Africa sings everywhere. They sing at a funeral, they sing at a birth. They sing their moods.”
In 2016 the choir became more professional with the help of donors. Two years later their rendition of the Ed Sheeran song "Shape of You” won them an audition on "America’s Got Talent” and their captivating performances skyrocketed them to fame.

The 38 young singers are used to overcoming adversity and with Tempelman's help, they are coming up with a new plan.

Pulling down his face mask, choir manager Majola described how all the singers, ranging in age from 13 to 26, have been tested for COVID-19 and have been cleared to sing together.

A recording and filming studio has been constructed at the community theater and they have begun rehearsing new material for an online show.

"We are getting together for the first time since lockdown started,” said Majola with excitement.

The group's performances of "Africa” and "Higher Love” have had millions of viewers on YouTube and now the group hopes to highlight new material.

"I still receive emails from people all over the world,” Majola said. "I just got one this morning of someone saying he was depressed and couldn’t get out of bed, until he saw our performance and it gave him hope.”

"We are all excited. We'll be recording with some international artists from around the globe,” Schmitt said.

The album is scheduled for release at the end of the year, but the choir intends to release a song, "We Will Rise,” to mark the birthday of Nelson Mandela on July 18.

"It's an inspirational song about how we can work together to overcome this coronavirus,” Schmitt said. 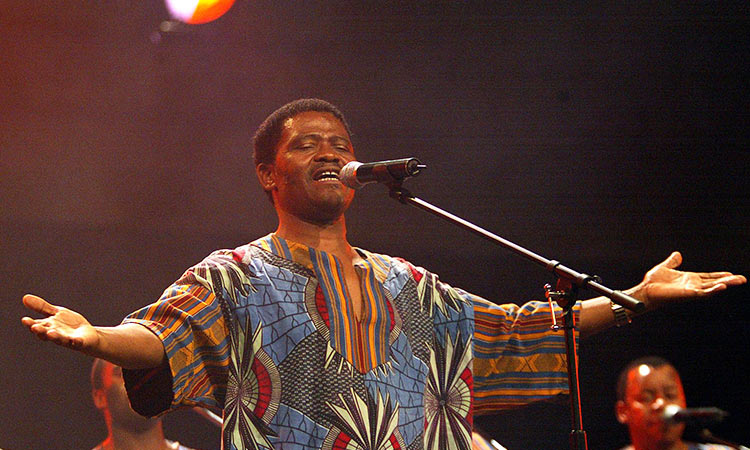 Joseph Shabalala, founder of South Africa's multiple Grammy-winning choral group, the Ladysmith Black Mambazo, has died, the choir said on Tuesday. He was 78.