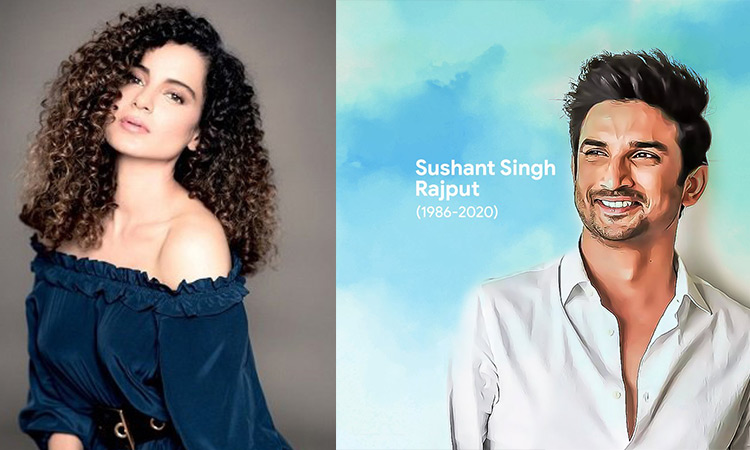 A combo picture of Kangana Ranaut and Sushant Singh Rajput.

Sushant was found hanging in his residence by his maid on Sunday morning in Mumbai. Following the news of his suicide, the entertainment industry was left in shock.

Kangana's team has posted a video of her in which she looks furious and makes strong statements. 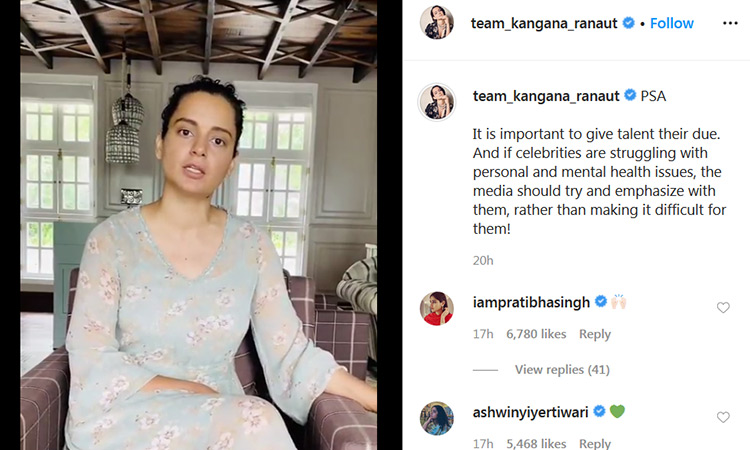 Its caption read: "#kanganaRanaut exposes the propaganda by industry and #SushantSinghRajput's tragic death &how the narrative is spun to hide how their actions pushed #Sushant to the edge. Why it's important to give talent their due &when celebs struggle with personal issues media to practice restraint."

Praising Sushant for his achievements like his Stanford scholarship, Kangana said, "He was a rank holder. How can his mind be weak? If you look at his last few posts, he is clearly saying, literally begging, 'Watch my films. I have no Godfather. I will be taken out of the industry'. In his interviews, he had expressed why the industry wasn't accepting him. So is there no foundation of this incident?"

"He never got acknowledgement for his films, no awards for his films like 'Kedarnath', 'Chhichhore' and 'MS Dhoni: The Untold Story'. Films like 'Gully Boy' got all the awards. "

In the video, Kangana even revealed that she gets messages from people who tell her not to take any wrong step in life.

"Why do they want to put in my mind that I should commit suicide?  But in Sushant's case, he accepted it. He was called worthless and he agreed," she said.