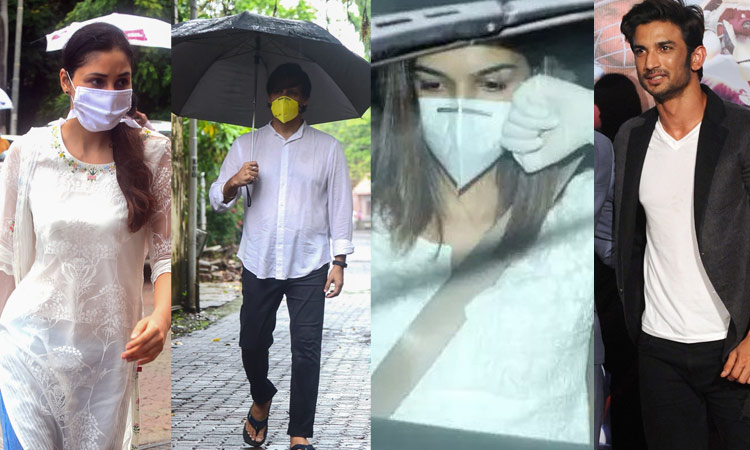 Sushant Rajput was found dead on Sunday in his Mumbai apartment, with police saying he took his own life.

A star of hits on the big and small screen, Rajput died just days after the shock death of his former manager, Disha Salian.

Those attending the funeral included Shraddha Kapoor, who starred with Rajput in his last movie release, "Chhichhore," which dealt with societal pressure and mental health.

Others, including actress Kriti Sanon and producer Ekta Kapoor, joined Rajput's family in heavy monsoon rain to pay their last respects as his body was cremated according to Hindu rituals. 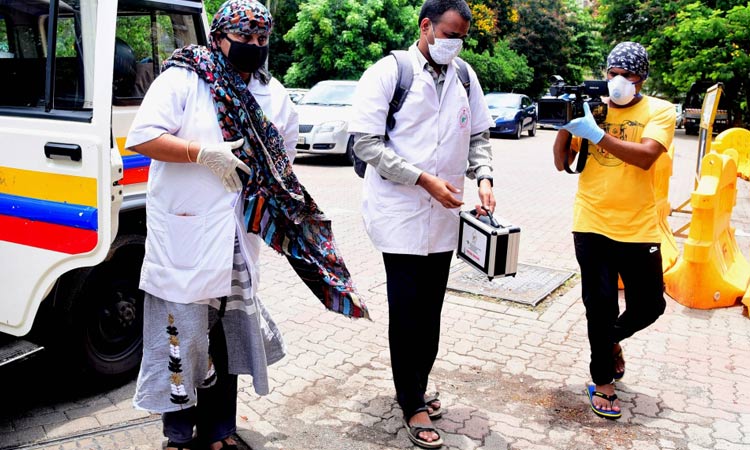 Police forensic team arrives for investigations at the residence of Sushant Singh Rajput after he took his own life in Mumbai. AFP

The young actor's death has sparked emotional discussion on social media about mental health, with stars including Deepika Padukone and Anushka Sharma posting messages about the importance of seeking help.

Padukone, who has previously shared her struggle with depression, tweeted with the hashtag #YouAreNotAlone.

"As a person who has had lived experience with mental illness, I cannot stress enough about the importance of reaching out," tweeted Padukone.

"Talk. Communicate. Express. Seek help. Remember, you are not alone. We are in this together. And most importantly, there is hope."

She too had previously opened up about struggling with anxiety.

"Sushant, you were too young and brilliant to have gone so soon. I'm so sad and upset knowing that we lived in an environment that could not help you through any troubles you may have had."

Born in the eastern state of Bihar, Rajput quit engineering studies to pursue a career in acting and dance.

He got his big break in 2013 with "Kai Po Che", a film about cricket, love, and politics that won acclaim at the Berlin film festival.

He was lauded for his portrayal of Indian cricket hero Mahendra Singh Dhoni in the 2016 hit "M S Dhoni: The Untold Story".

He told AFP about the emotional rollercoaster he experienced while filming the movie, which also showed the heartbreak suffered by the ex-skipper when his former girlfriend died.

"It was very difficult because, after we did the preparation, in my head I was him and everything that was happening was actually affecting me," he said.

His most recent films were the comedy-drama "Chhichhore," and action movie "Drive" — both released last year.

He had been working on a string of projects, including a Hindi remake of the Hollywood romance "The Fault in Our Stars," titled "Dil Bechara" (Poor Heart).

Bollywood is still struggling to come to terms with the loss of two luminaries, Irrfan Khan and Rishi Kapoor, who died in April after long illnesses.