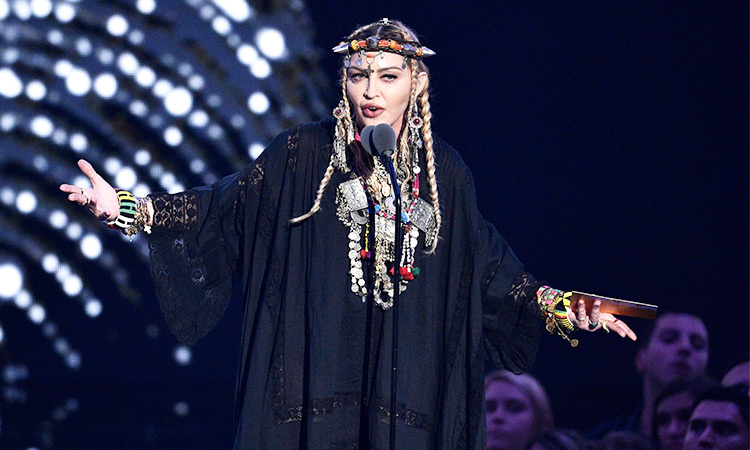 Madonna poses for a picture. File

Protesters attending the Black Lives Matter demonstration in London were surprised to find themselves rubbing shoulders with Madonna.

The singer was in attendance to show her solidarity with the movement following the death of George Floyd while in police custody in the US.

Photos and videos from the march, which saw thousands turn up with signs bearing phrases such as “white silence is violence” and “the UK is not innocent”, show Madonna chanting “no justice, no peace.”

Madonna, who spoke with fellow protesters, was on crutches after recently suffering a knee injury.

At one stage, she permitted a fan to hug her despite the ongoing coronavirus pandemic, saying: “I have the antibodies, don’t worry about it.”

On 6 June thousands of people gathered in UK cities to stand against racism and demand change after Floyd‘s death.

Government ministers had urged people not to gather in large groups to protest, with police warning that protests could be unlawful under coronavirus lockdown rules.

The demonstrations were largely peaceful apart from a clash between protesters and police near Downing Street, which saw an officer knocked from a horse.

In the wake of Floyd’s death, many famous figures – including the cast of cop sitcom Brooklyn Nine-Nine – have donated to the Black Lives Matter.

The foundation confirmed receipt of a $1m donation from K-pop bad BTS, stating: “We are moved by the generosity.”