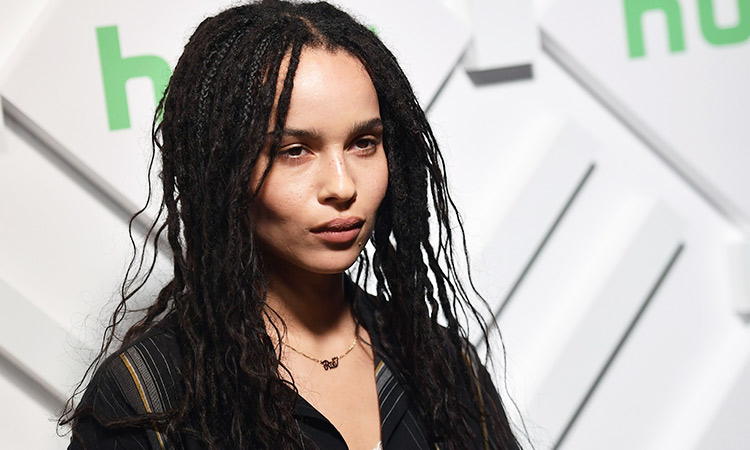 Actress Zoe Kravitz is eager to return to the sets of "The Batman", but is concerned about how people will adapt in the hair, make-up and wardrobe departments while maintaining social distancing amid the ongoing COVID-19 pandemic.

The actress will be seen as Catwoman as Robert Pattinson essays the titular superhero act in Matt Reeves' "The Batman".

She shared that she is "hoping to wake up every day to an email or a phone call saying, ‘We're ready to go', reports variety.com.

"I'm in touch with everybody, and everyone's ready to go when it's safe. But no, we have no idea," she added.

Talking about her struggle to get into the Catwoman attire, the actress said: "You have people just touching your face, touching your body all day long. I need help getting into the catsuit. I can't do it on my own. I was probably touched more than any job, just because of the clothes and the combat and all of that."

The shooting of Reeves' "The Batman" was suspended in March due to the coronavirus pandemic.

Earlier, in a GQ profile, Robert Pattinson shared that he aware about the "Batman" legacy and the anticipation around the new version, and said that ll the buzz makes taking on the avatar of the caped crusader a "little spicy".

"You've seen this sort of lighter version, you've seen a kind of jaded version, a kind of more animalistic version. And the puzzle of it becomes quite satisfying, to think: Where's my opening? Also, it's a legacy part, right? I like that. There's so few things in life where people passionately care about it before it's even happened. You can almost feel that pushback of anticipation, and so it kind of energizes you a little bit. It's different from when you're doing a part and there's a possibility that no one will even see it. Right? In some ways it's, I don't know. It makes you a little kind of spicy," he added