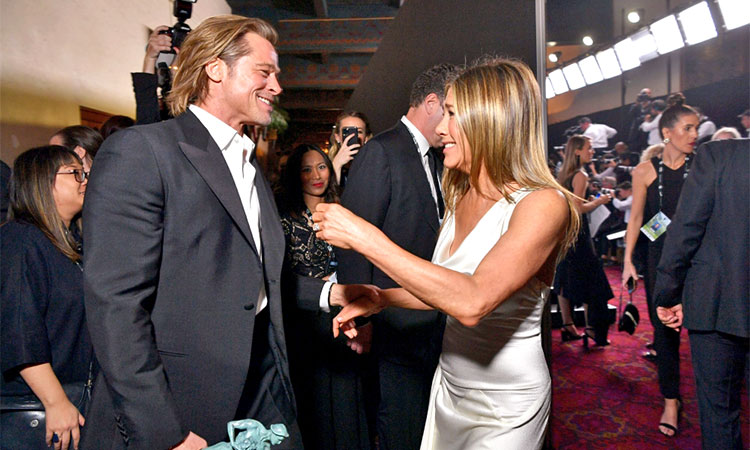 Brad Pitt and Jennifer Aniston are seen during an event.

The Australian weekly publication, New Idea magazine, recently claimed that Shiloh, 13, had developed a "special bond" with the former "Friends" actress before the COVID-19 lockdown.

"They've been spending so much time together and been bonding, it felt like a natural next step for Shiloh," said a source in that report.

Aniston's representative has come forward to set the record straight, reports a section of the media.

"This is just another complete fabrication and has no relationship to reality," said the representative. 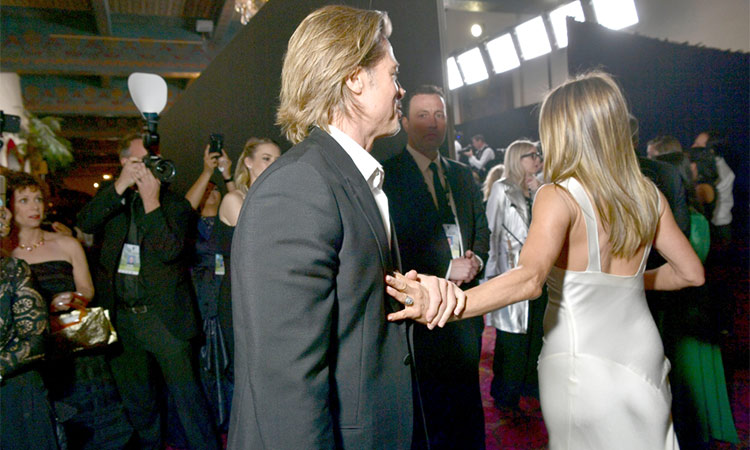 Brad Pitt and Jeniffer Aniston are seen during an event.

The claims come after sections of the media reported that Pitt's estranged wife and actress Angelina Jolie had banned her children -- Maddox, 18, Zahara, 15, Pax, 16, Shiloh, and twins Knox and Vivienne, 11 -- from meeting Pitt's former lover Aniston.

Earlier this year, Pitt and Aniston had a few flirtatious encounters during the award season, making fans curious if a romantic reunion was about to happen.

In January, Aniston and Pitt were spotted backstage at the Screen Actors Guild Awards, where he touched her wrist and they chatted a while.

The pair shared another moment during the awards ceremony as Pitt accepted a supporting actor prize for "Once Upon A Time In Hollywood".

He quipped that "it was a difficult part. A guy who gets high, takes his shirt off, and doesn't get on with his wife. It was a big stretch." The camera then cut to Aniston, who could be seen clapping at the joke.

At the Golden Globes, she looked delighted when he was declared Best Supporting Actor for "Once Upon A Time In Hollywood".