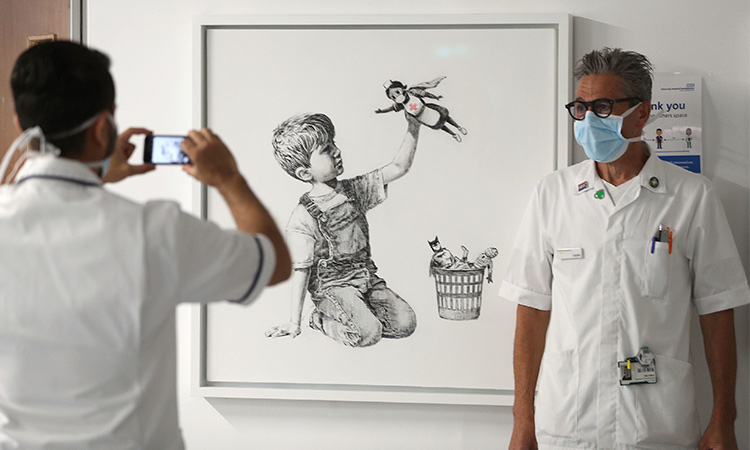 A staff member has their photograph taken in front of the new artwork painted by Banksy. AP

A new work by the elusive street artist Banksy, honoring health workers, has been unveiled at a British hospital.

The framed picture, titled "Game Changer,” depicts a young boy sitting on the floor playing with a nurse superhero toy. Batman and Spiderman action figure toys lie in a rubbish bin next to the boy.

The nurse figure, complete with a cape and a face mask, wears an apron featuring a red cross - the only spot of color in the black-and-white work. She also has her arm raised as if she is flying.

The piece has been placed on display in a corridor at Southampton General Hospital in southern England Wednesday.

Following its unveiling, the enigmatic street artist left a note for hospital workers, which read, “I hope this brightens the place up a bit, even if it’s only black and white.” 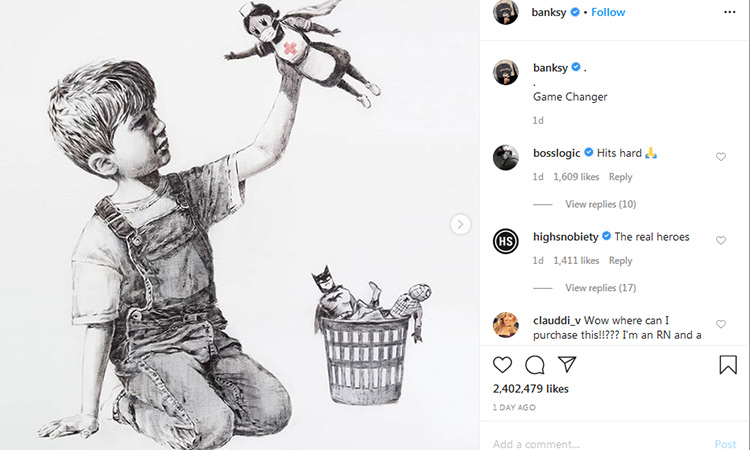 Health officials said it was a "massive boost to morale” for everyone at the hospital, which has seen at least two members of staff die after contracting the new coronavirus.

The hospital previously paid tribute to members of staff Mike Brown, 61, and Katy Davis, 38, who both died after testing positive for coronavirus.

"It will be really valued by everyone in the hospital as people get a moment in their busy lives to pause, reflect and appreciate this piece of art,” said Paula Head, chief executive of University Hospital Southampton NHS Foundation Trust. 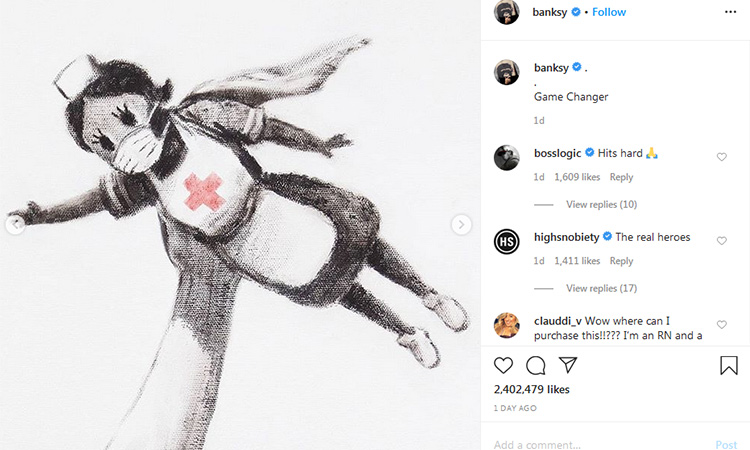 “The fact that Banksy has chosen us to recognise the outstanding contribution everyone in and with the NHS is making, in unprecedented times, is a huge honour.

“It will be really valued by everyone in the hospital as people get a moment in their busy lives to pause, reflect and appreciate this piece of art.

“It will no doubt also be a massive boost to morale for everyone who works and is cared for at our hospital,” He added.

The artwork will be auctioned later to raise money for national health charities, a spokeswoman for Banksy said. 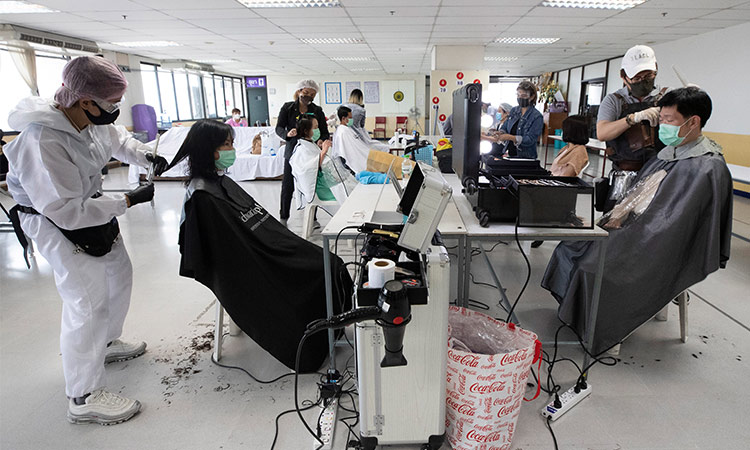