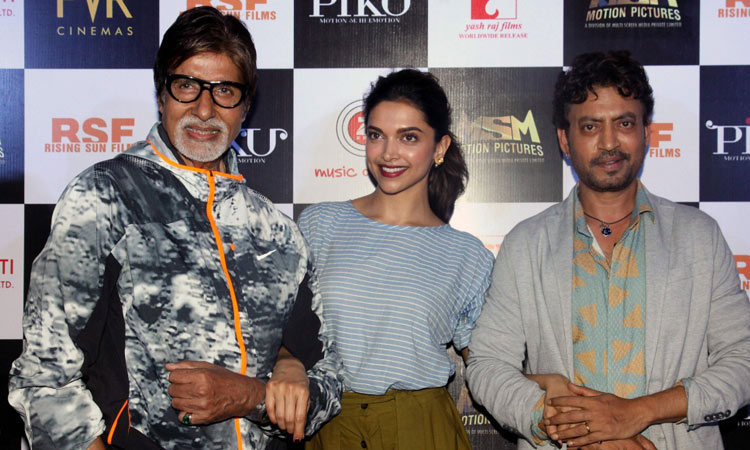 One of Bollywood's finest actors is no more. He was just 53. The film industry on Wednesday took to social media to express sorrow as well as disbelief, and to express condolence to the bereaved family and to pray for his soul.

Irrfan Khan's "Piku" co-star Amitabh Bachchan referred to the actor as a "gracious colleague." He tweeted: "Just getting news of the passing of Irfaan Khan … this is a most disturbing and sad news ... An incredible talent ... a gracious colleague ... a prolific contributor to the World of Cinema ... left us too soon ... creating a huge vacuum ... Prayers and duas."

Tamil cinema icon and politician Kamala Haasan shared how he was in awe of Irrfan's acting talent. The veteran actor-politician tweeted: "Too soon to leave @Irrfank Ji. Your work always left me in awe. You're one of the finest actors I know, I wish you stayed longer. You deserved more time. Strength to the family at this time."

Anushka Sharma called Irrfan a "phenomenal actor" and wrote: "With a heavy heart I post this tweet . A phenomenal actor , such an inspiration his performances have been for me . He battled for his life but sadly leaves us today . RIP Irrfan Khan . OM Shanti."

Another co-star from the same film, Pankaj Tripathi shared a post: "Kabhi Kabhi bhavnao ko bata paana sambhav nahi hota. Wahi ho raha hai Irrfan da." (At times it becomes impossible to express how you are feeling, that's exactly what is happening with me Irrfan da.) 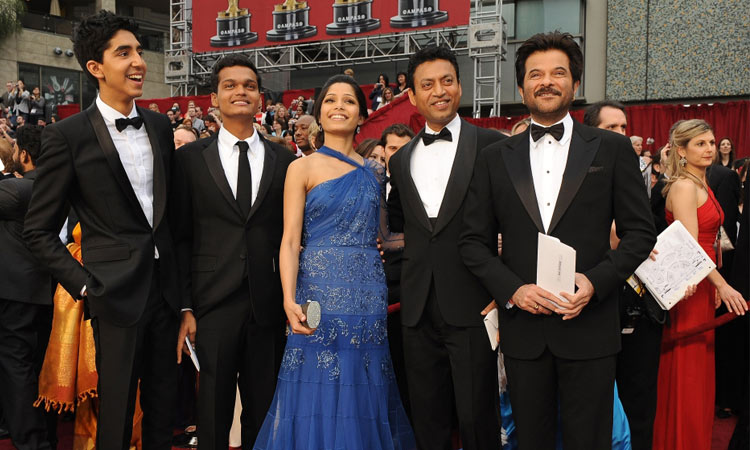 Irrfan's "The Lunchbox" actress Nimrat Kaur tweeted: "Words fail to describe my sense of shock and horror to learn about Irrfan Khan's passing away. My prayers and deepest condolences are with the family at this grave hour. India's lost one of her biggest icons today. Our world left for the poorer... #IrrfanKhan #Forever"

Irrfan's "Life In A Metro" co-star Shilpa Shetty Kundra expressed: "I'm numb today... I haven't been able to accept the loss of a brilliant co-actor & a fabulous person that @Irrfank was! We've lost a gem today... but his legacy will live on through the phenomenal body of work that he has left behind. Rest in peace, Irrfan!" 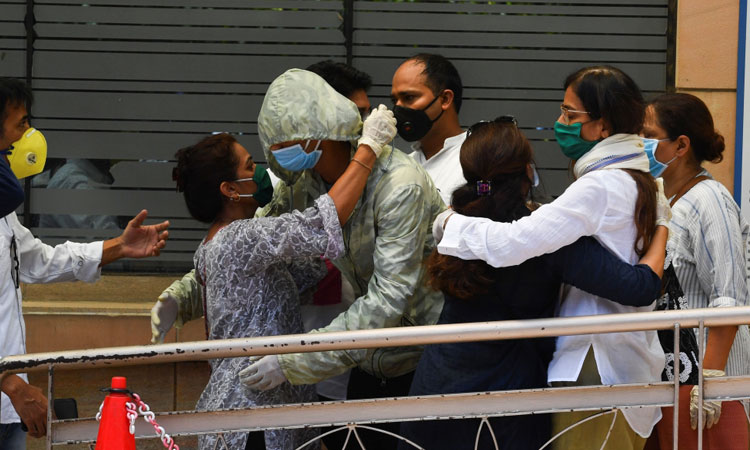 Kangana Ranaut had shared the screen with Irrfan Khan in movies like "Life In A Metro" (2007) and "Kock Out" (2010). The actress' team shared on Twitter: "This day has come as a dark unsettling grim emotion. Irrfan Khan is a great self made artist, he rose from doing small character roles in TV soaps to working in academy award winning films as a lead artist, My heart is deeply disturbed at this loss "- #KanganaRanaut

"Life In A Metro" director Anurag Basu tweeted: "#IrrfanKhan Indian cinema will not be the same again without you Dost!

Wish i had one more chance to work with you again! Sutapadi ,You're the Bravest person I know. My heartfelt condolences to You Babli and Ayan." 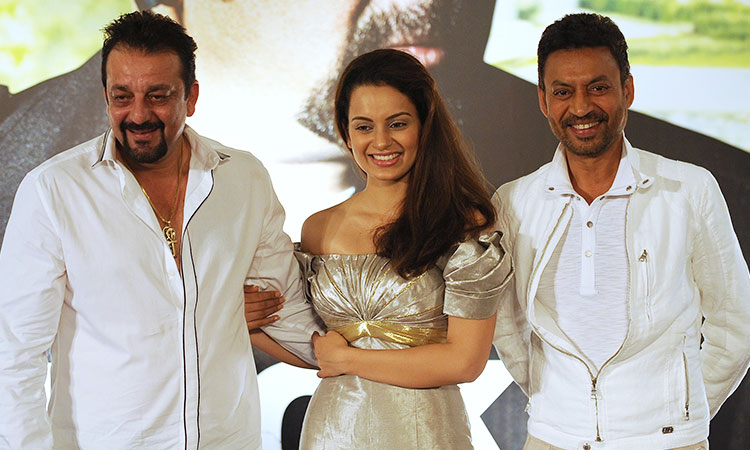 Shraddha Kapoor, his co-star in the movie "Haider" (2014) expressed: "Very sad to hear about Irrfan sirs passing. 1 of our finest actors. A magician on the big screen; inspiring & igniting people's hearts! I was excited beyond words to get the precious opportunity to share screen space with him in Haider. Will always be his fan & cherish those moments. RIP Irrfan sir."

Veteran actor Dharmendra tweeted: "Occasional meetings with Irrfan were always affectionate.I use to pray for his health since I heard about his illness.Saddened to hear of his untimely death. My heartfelt condolences to the family. May god give them strength during this painful time. Irrfan tujhe jannat naseeb ho." (May you rest in heaven Irrfan). 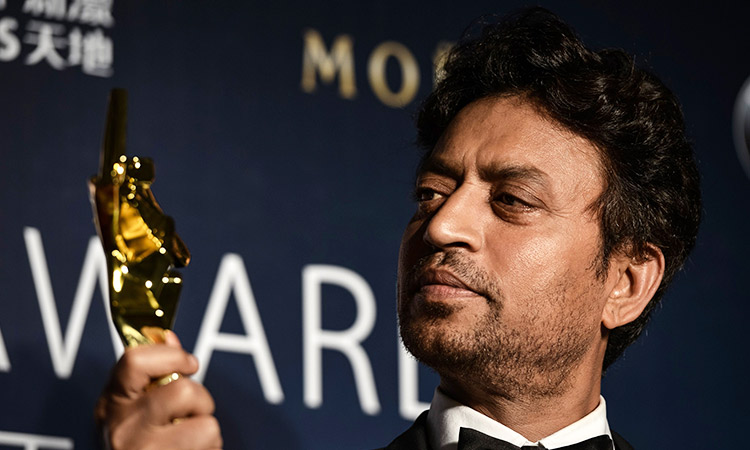 Irrfan's "Knock Out" (2010) and "D-Day" (2013) Sanjay Dutt shared that he has lost a "younger brother". The actor tweeted: "He was fighting this war since a long time and just when I thought he had won it, life gave us a big jolt. He never gave up, he fought with a smile on his face and hope in his heart till the very last breath. The warmest, kindest soul I knew, I have lost a younger brother today. I will cherish all the beautiful memories I have with him for the rest of time and beyond. Having experienced this loss in my life before, I can't even begin to imagine the pain that his family must be going through. I sincerely pray that God give them the strength to deal with this tough time. Gone too soon brother!" 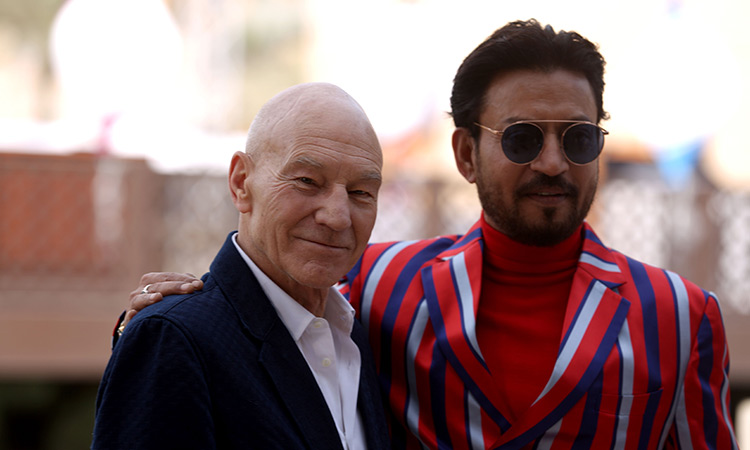 Sonam Kapoor revealed how her "Thank You" (2011) co-star Irrfan had encouraged her at a time when she was feeling low. The actress tweeted: "Rest in peace Irrfan sir. You have no idea what your kindness and encouragement meant to me at my lowest. My condolences to your family and loved ones."

Abhishek Bachchan tweeted: "Very sad to hear of Irrfan's passing. An immense talent! An actor for whom I had great admiration. My condolences to the family. Rest in Glory!"

Filmmaker Mahesh Bhatt shared on Instagram: "Maine dil se kaha, dhoond laana khushi Nasamajh laya gum, to yeh gum hi sahi...Remember singing this song holding his hand when I met him after he was diagnosed . He smiled . The warmth of that smile lingers . Alvida dost."

Noted comedian Johnny Lever expressed that a meeting with Irrfan was due after the lockdown. He tweeted: "Very sad to hear about @Irrfank. Was going to meet him after the lockdown. A great artist like him will surely be missed. My condolences and prayers for his family. May he rest in peace. #IrrfanKhan" 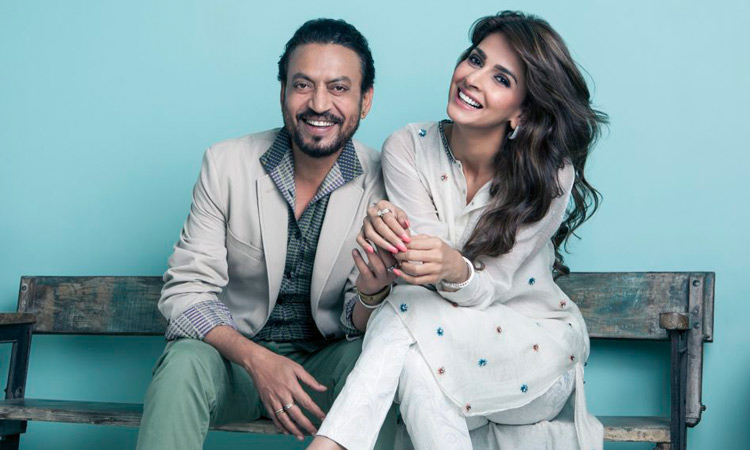 Not only have his Bollywood compadres have lamented over the loss, members of the entertainment fraternity in Pakistan have also taken to social media to pay their respects to the late actor and to express condolences to the bereaved family and pray for his soul.