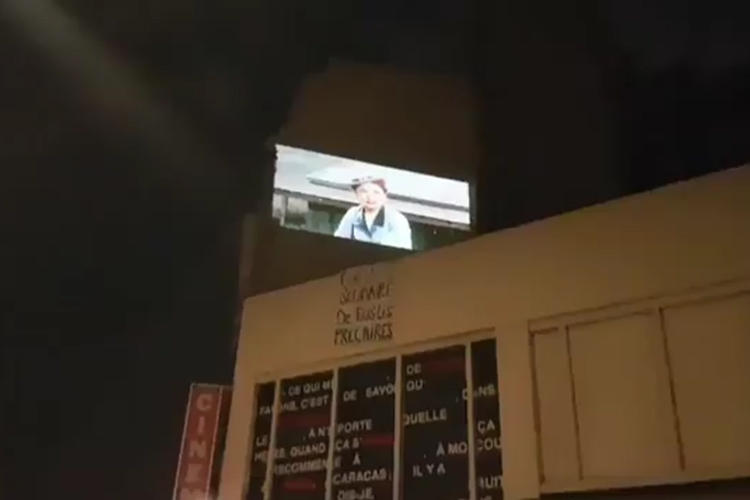 People watch a film as it is projected in the wall of an apartments building in Paris. Reuters

The coronavirus lockdown forced the team running Paris's La Clef Cinema to close their auditorium to moviegoers. So they hit on an alternative: projecting movies onto the wall of an adjacent apartment building.

Under the lockdown restrictions, Parisians are confined to their apartments except for brief outings to shop for food and exercise. But they can catch the movie by looking out or their windows or stepping out onto their balcony.

"We could feel a desire in the neighbourhood for some sort of event because there’s nothing left, the streets are empty, it’s very sad,” Woolfenden said.

The La Clef team took pains to engage the local community in its initiative: the titles to be screened each week are chosen in consultation with the neighbours.

"It’s great," said Christine Davenier, an illustrator, who was watching the film from her balcony, where she sat propped up on pillows.

"It takes us back to before, to screenings when we watched films all together."

The people behind the projections are used to adapting to changed circumstances.

The La Clef officially closed its doors in April 2018, and the owners plan to sell the property.

But since September 2019 the building has been occupied by an association of cinephiles and independent movie makers, headed up by Woolfenden, who oppose the sale and say they will stay put to ensure the building continues to serve as a Cinema.

The group has been ordered to pay a 4,000-euro fine for occupying the site, but has lodged an appeal that will be heard in June. 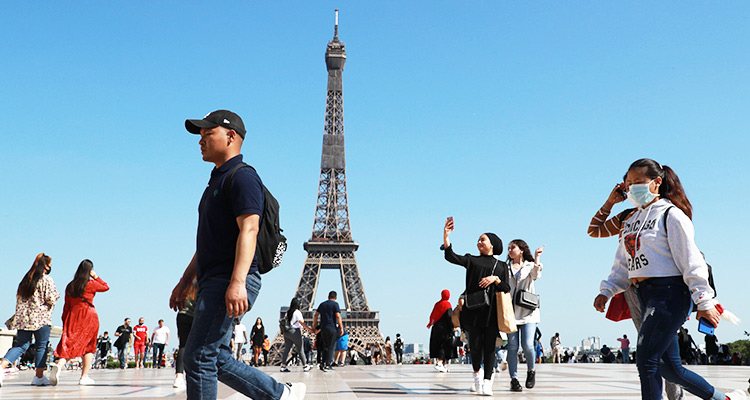