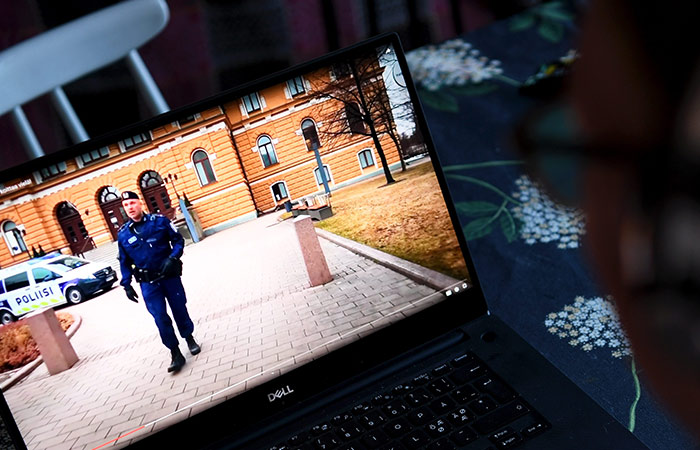 A person watching on a laptop the Youtube video by Oulu Police Department. AFP

A police officer in northern Finland has hit on a novel way to help the public weather the coronavirus lockdown, using his singing talent to lift spirits and going viral in the process.

A video of senior constable Petrus Schroderus singing a Finnish version of the Soviet classic song "I love you, life" as he walks the deserted streets of Oulu, a town just 200 kilometres (125 miles) south of the Arctic Circle, has quickly amassed more than a million views on YouTube.

"I wanted to sing something that I really feel helps my own heart," the classically trained tenor told AFP, adding that he wanted to offer "some kind of comfort" to people who are incapacitated and alone during the coronavirus crisis.

The song promises that "The night will end, the morning will come, when the bright new day arrives."

Within 24 hours of posting the video last Friday, Schroderus was "flabbergasted" to receive a thousand messages of appreciation, from around Europe, Russia, Australia and the US, "even if they don't understand the lyrics."

"There's just something about that song," he reflected. "One young girl wrote that she was hospitalised, that she watched my video and cried," Schroderus told AFP, adding that he has tried to reply to every contact.

Since late March, schools in Finland have been closed to older children and gatherings of more than 10 people banned as authorities try to stem the spread of the new coronavirus, which has led to 94 deaths in the country so far.

Schroderus says that apart from the occasional group of youngsters who need to be dispersed, the residents of Oulu have followed the rules well, and the bigger problem is the lockdown's impact on people's mental state.

The long-serving officer took a break from policing 22 years ago to study under one of the country's most renowned opera teachers, Esko Jurvelin, before singing for the Finnish National Opera for seven years.

Schroderus returned to the force in 2012, but has kept up his singing on the side, performing up to 40 concerts a year.

His police colleagues are nothing but supportive, Schroderus said, and although he keeps his police work separate, he sang a theme from Jean Sibelius's symphonic poem, "finlandia", in uniform in a 2017 video to mark the cenenary of Finnish independence.

A recording deal is now in the works, "but I can't say any more about that," he said. 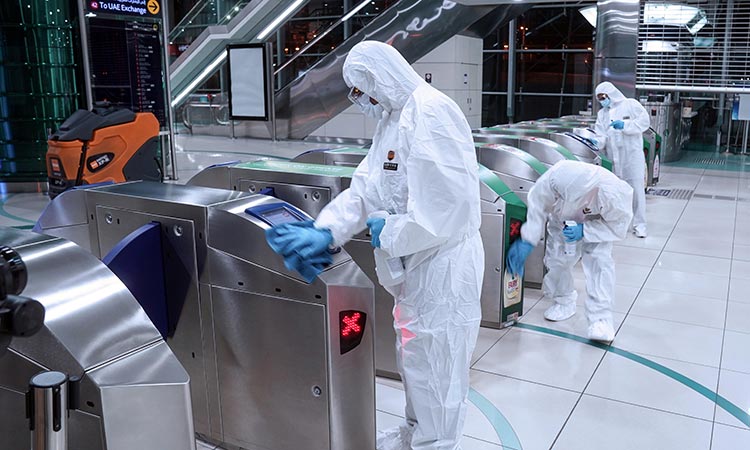 With new cases the total number cases jumped to 570 in the country. 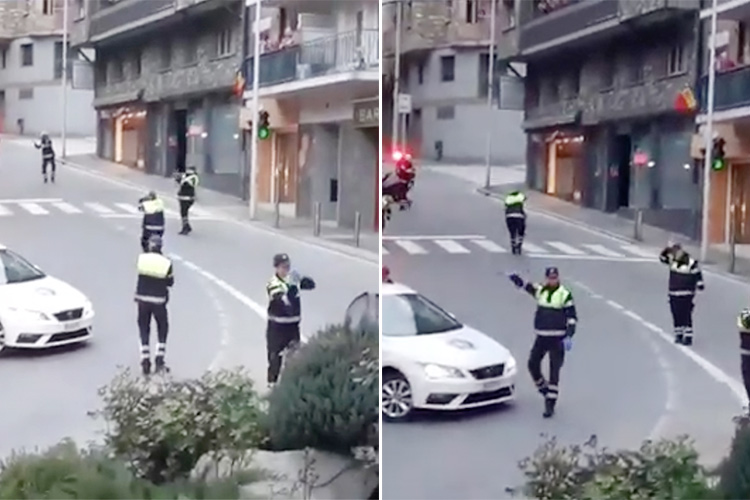 Footage of officers playing the popular children’s song loudly from their vehicle and dancing in the parish of Escaldes-Engordany has amused many on social media. The competent authorities banned serving shisha of all kinds in all hotels, tourist establishments, cafes and restaurants. 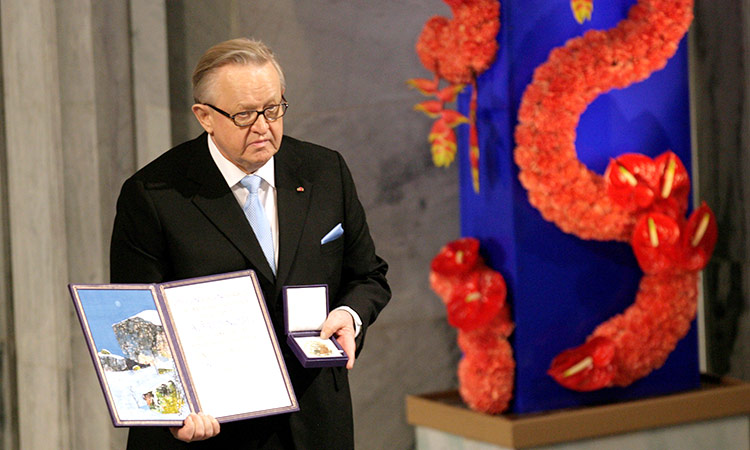 The 82-year-old was awarded the Peace Prize in 2008 for his career over three decades mediating peace deals to conflicts around the world, including Indonesia, Kosovo and Namibia.