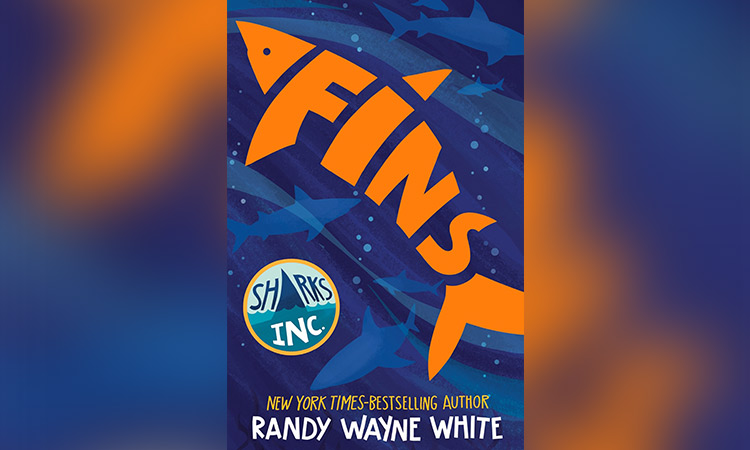 Fans of Florida author Randy Wayne White’s Doc Ford series might not think of Ford’s fictional world as a setting for books for kids. Between Ford’s tangles with violent bad guys and his randy friend Tomlinson’s shenanigans, the 26 books in the bestselling series are pretty much R rated.

But White, and Ford, make a smooth and entertaining transition in “Fins,” the first in the Sharks Incorporated series for middle-grade readers. Kids who enjoy adventure, science and sharks will be hooked by this swashbuckling story.

The book begins with a lightning strike. Young Luke hasn’t been in Florida long and doesn’t realize what a bad idea it is to stand at the end of a pier as a thunderstorm is coming in across the Gulf of Mexico. He survives, but the bolt leaves him with strange feathery scars on his hand and shoulder — and, perhaps, something like superpowers.

'Blues in the Dark' is compelling crime novel

He doesn’t like to talk about them, though, or about much of anything. Growing up on a farm in Ohio, Luke was repeatedly told he wasn’t very bright, even though he was a skilled mechanic and a talented baseball player. Now, after his mother’s death, his stepfather has sent him to Florida to live with Arlis Futch, his grandfather.

Futch is a friend of Doc Ford, whom the locals know as a marine biologist whose business is collecting specimens for research (not as an undercover agent). Adult fans of White’s books will know that Luke’s aunt, Hannah Smith, a legendary local fishing guide, is Ford’s off-and-on romantic interest and the mother of his baby son, Izaak.

Those connections get Luke an audition for Ford’s new enterprise: a team of kids trained to catch and tag small sharks for an international research project. Luke is interested in the project but not at all sure about his teammates.

Sisters Maribel and Sabina were born and raised in Cuba until their perilous escape by raft. Now they live with their mother on a houseboat in Dinkins Marina on Sanibel. Maribel is poised and mature for a 12-year-old — so much so that little sister Sabina resents her for being the perfect “princess” — but secretly doubts herself at every turn.

Sabina does not have the self-doubt gene. Adventurous and hot-tempered, she’s often in trouble for speaking out and breaking rules. She also sometimes knows things she shouldn’t; kids at school call her a witch, and she’s not sure they’re wrong.

Ford, with help from Hannah, turns them into a team. After some training, the trio of preteens are out on Dinkins Bay by themselves in a fishing boat, reeling in small blacktip sharks for careful tagging and release. It’s a prospect that might give helicopter parents the fantods, but for these free-range kids it’s a confidence builder.

The reason for their research, though, points to the danger they’ll encounter. Scientists want data about the sharks because the fish annually migrate in large schools for thousands of miles, but now their numbers are dwindling. Is it caused by warmer waters, or by the demand for shark fin soup?

Harvesting shark fins and throwing the fish back to die is illegal, but lucrative for poachers. When dozens of dead, finless sharks wash up on a nearby island, the Sharks Incorporated kids are on the case.

As always, White writes with great knowledge and affection about Florida’s environment and history. He was a fishing guide for years before he turned to writing full time, and his descriptions can make you feel like you’re there on the boat with Luke, Maribel and Sabina as a giant bull shark swims alongside.

Fans of the Ford books will enjoy the crossover of characters, and it’s fun to see Ford and others through the kids’ eyes. The sometimes lethal Doc is a kindly mentor; when Luke and Sabina visit the sarong-clad Tomlinson, Luke notes, “Never seen a man wear a red dress before.”

For kids, “Fins” offers engaging, relatable characters, a rollicking story and lots and lots of sharks. Maybe once the new Doc Ford’s Rum Bar & Grille opens at St. Petersburg’s Pier, kids can look forward to a book signing to meet White. But don’t look for shark fin soup on the menu.