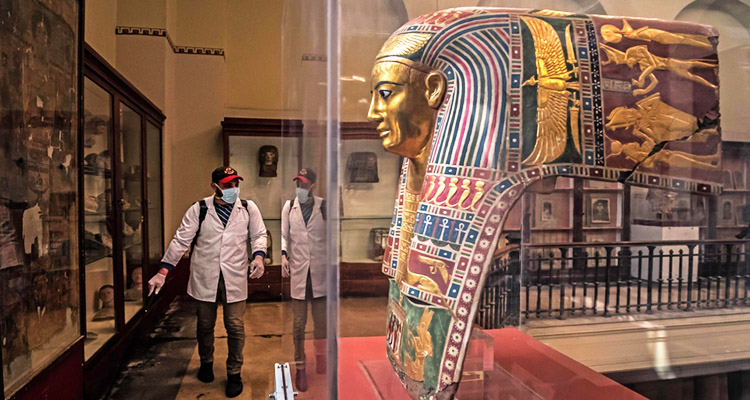 A worker disinfects a gallery at the Egyptian museum in Cairo's landmark Tahrir Square.

The whole world is coming together to fight the coronavirus as it rapidly grows infecting many and killing many others.

Cleaning crews descended upon the landmark Egyptian museum in Cairo on Monday, dousing it with disinfectants as fears mount over the spread of the novel coronavirus. 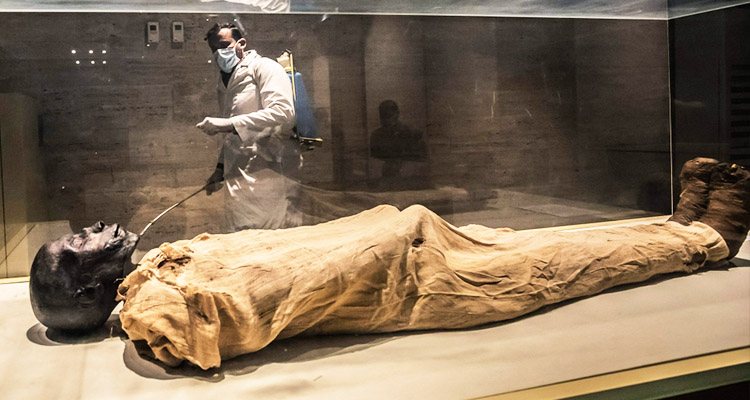 A worker disinfects the Royal Mummies Hall at the Egyptian museum.

The museum also holds the priceless objects of the 18th dynasty Egyptian boy king Tutankhamun including his gold mask, a chariot and throne.

Nestled in Cairo's iconic Tahrir Square, the museum has long been a major tourist draw.

"The museum has been ordered shut from today (Monday) until March 31 and we started the cleaning operations on exposed surfaces," said Sabah Sediq, the museum's director.

The artefacts were kept behind locked glass vitrines as staff proceeded with the disinfection procedures. 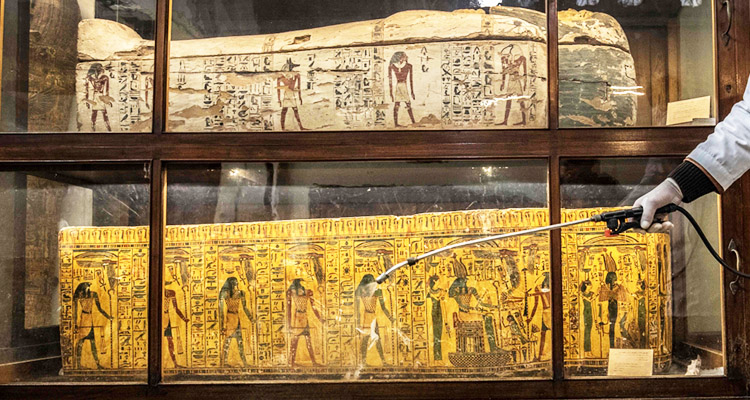 A worker disinfects the Royal Mummies Hall at the Egyptian museum.

"We will be using special materials designed to clean and protect the artifacts in restoration labs," Sediq said.

Similar cleaning operations are to be carried out at archaeological sites and museums across Egypt to guard against the COVID-19 pandemic.

On Saturday, the antiquities ministry said disinfection and sterilisation measures had already been taken at prominent ancient sites including the Kom al-Shoqafa catacombs and the Roman victory column of "Pompey's Pillar" in the coastal city of Alexandria.

The operations have also swept hotels, sea and airports, metro stations and other sites across Egypt. 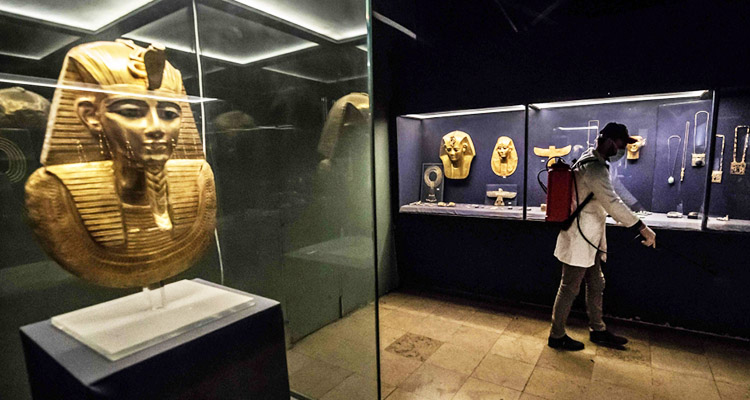 A worker disinfects a room of the Egyptian museum in Cairo's landmark Tahrir Square.

Egypt's health ministry has so far registered 14 deaths out of 327 confirmed cases of the COVID-19 disease.

Authorities have imposed tough measures to limit social interaction in the country of 100 million inhabitants, closing schools and universities and ordering cafes, restaurants, sporting clubs and malls to close by 7.00 pm.

Air traffic was halted from last Thursday until the end of March.

Egypt's religious authorities have shuttered all mosques and churches and banned communal prayer gatherings for at least two weeks.

VIDEO: The Great Pyramid in Egypt lights up in solidarity with a message 'Stay Home, Stay Safe' 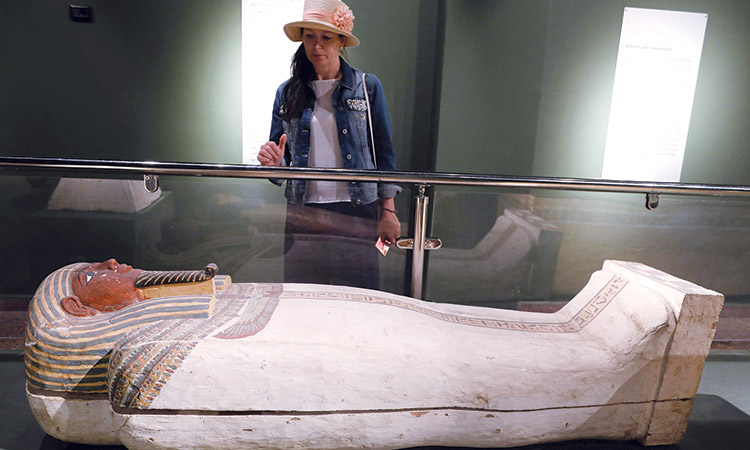 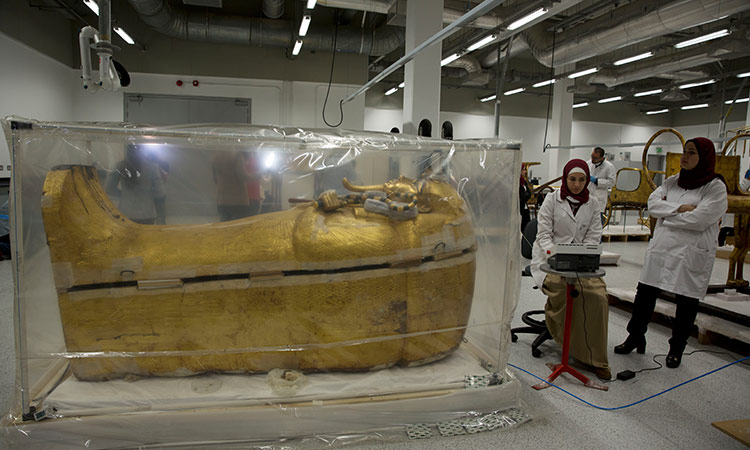 Egypt started the first-ever restoration work on a gold-covered sarcophagus of the famed boy pharaoh Tutankhamun, ahead of the country's new museum opening next year, the antiquities minister said Sunday. 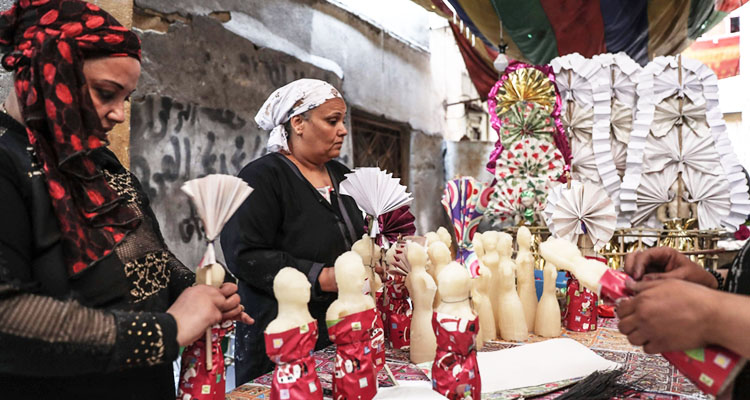