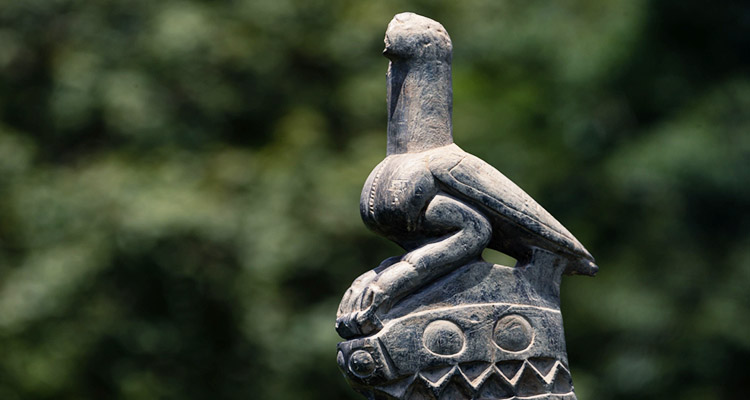 A sculpture of a bird carved from soapstone is seen.

They figure on Zimbabwe's national flag, banknotes and official documents -- birds representing stone statues taken by colonialists more than a century ago.

The eight original sculptures hold great spiritual value for people of the southern African nation and have been made into national emblems.

Six of the large carvings were stolen from the ruins of Great Zimbabwe, an imposing stone complex built between the 11th and 13th centuries and attributed to pre-colonial King Munhumutapa.

The palatial enclosures are now a UNESCO world heritage site situated in the southeast of Zimbabwe, 25 kilometres (16 miles) from the present day city of Masvingo. 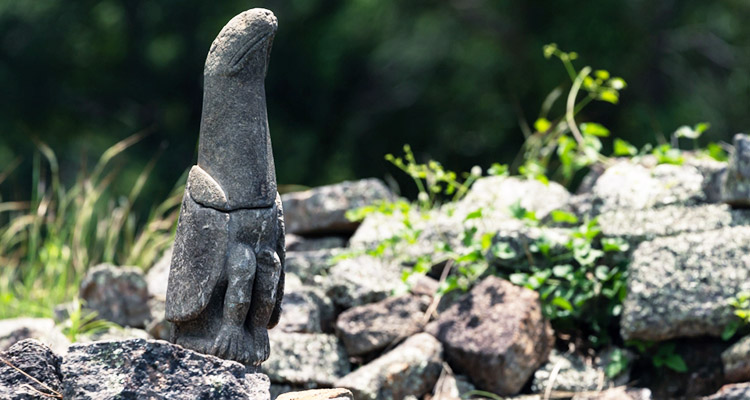 The palatial enclosures are now a UNESCO world heritage site situated in the southeast of Zimbabwe.

Almost all of the prized green-grey soapstone birds that were looted have now been returned to the country.

Only one remains in South Africa, where it is kept in the house of 19th century British mining magnate and imperialist Cecil Rhodes.

In a rare move last month, four of the statues were temporarily set on the original plinths from where they were stolen at the Great Zimbabwe monument.

The heavy figurines -- some standing at about 1.5 metres (4.9 feet) -- were moved from an on-site museum and placed outdoors on pedestals for a photo shoot. 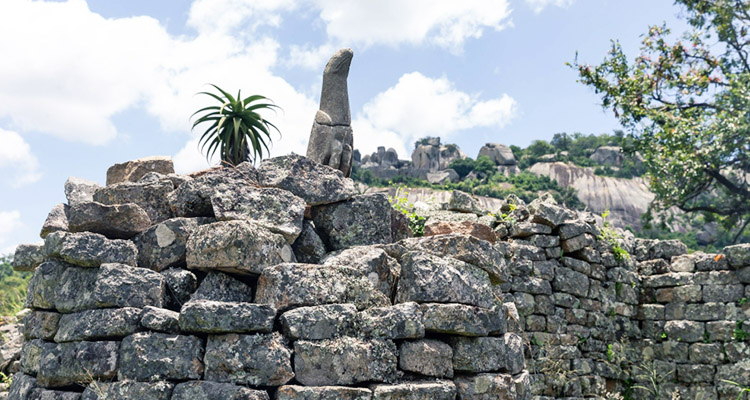 Almost all of the prized green-grey soapstone birds that were looted have now been returned to the country.

Their pictures were taken for a book on ancient African art - "Zimbabwe: Art, Symbols and Meaning" -- to be published in September. The country marks the 40th anniversary of independence from Britain next month.

The book will be co-authored by a Zimbabwe-born duo, mother and son -- Gillian Atherstone and Duncan Wylie -- who now respectively live in Britain and France.

"The birds are among the most symbolic cultural objects of our time," the head of Zimbabwe's national museums Godfrey Mahachi, told AFP.

"They connect the present with our past." 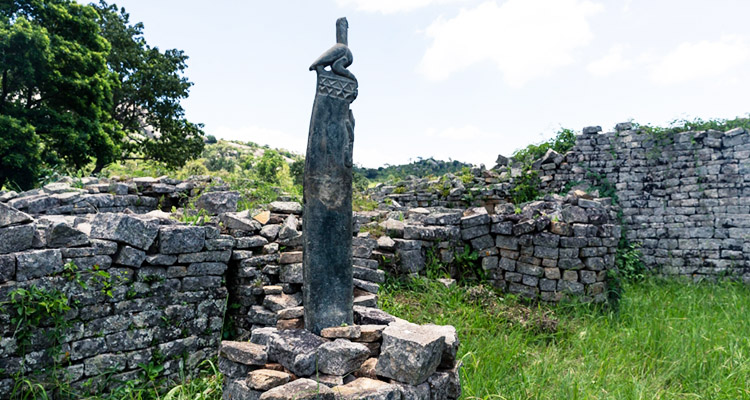 Statues are to be placed back in its original position at the Great Zimbabwe monument near Masvingo.

"Not everyone who visits a museum is there to admire the displays," he said.

Africa's former colonial powers have recently come under pressure to send looted artefacts back to their home countries.

Germany returned the chopped off pedestal of one of the birds in 2003.

Zimbabwe's late ex-president Robert Mugabe said at the time that the piece had "a very eventful if not troubled existence during its almost 100 years in exile."

South Africa returned five other birds in 1981, one year after Zimbabwe's independence.

Retrieving that statue could be complicated, said Sagiya, as Rhodes left his estate to the South African government after his death. 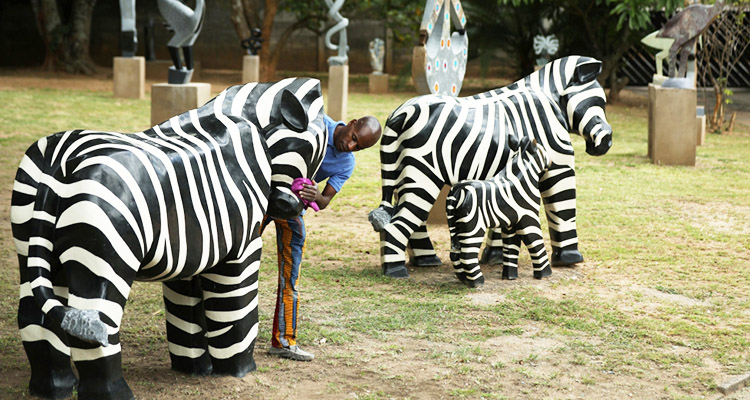