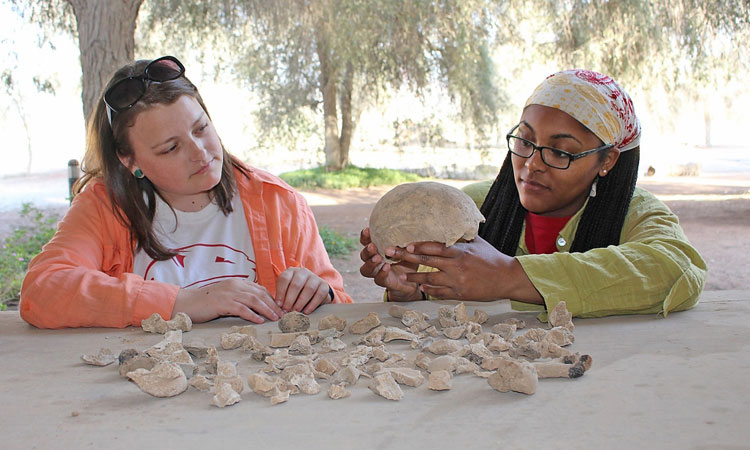 An unprecedented joint project has seen Ras Al Khaimah’s Department of Antiquities and Museums collaborate with two prominent US universities to study 4,000-year-old human bones unearthed at two ancient tombs in the emirate.

The bones were found in Shimal — a prominent archaeological site dating back to the Umm Al Nar culture (2,600 to 2,000BC) — where archaeologists previously discovered evidence for prehistoric tombs, settlements and a medieval fortress.

The research project aims to compile a more complete picture of the people who lived in the region during the Bronze Age.

Christian Velde and Imke Moellering, Senior Researchers and Archaeologists at the Department of Antiquities and Museums, oversaw the project with Lesley Gregoricka from the University of South Alabama and Prof. Jaime Ullinger from Quinnipiac University in Connecticut.

An all-female team of scientists — comprising Professors Gregoricka and Ullinger, along with students from their respective universities — examined more than 1,000 kilogrammes of bones excavated two decades ago using advanced techniques, such as isotope analysis of teeth. 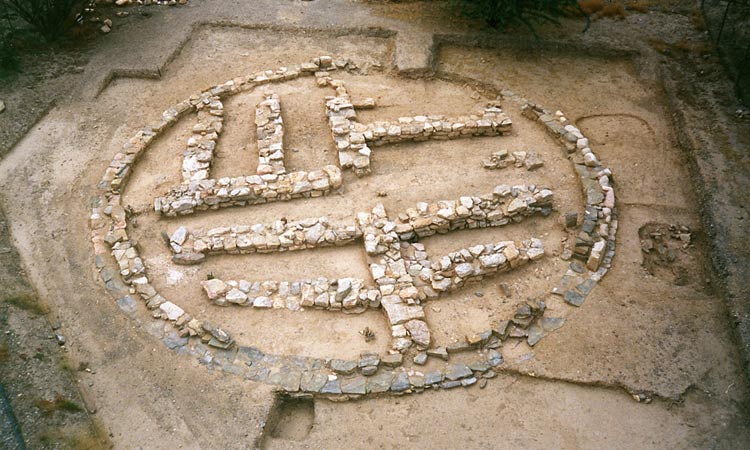 The researchers examined more than 1,000 kilogrammes of bones excavated two decades ago using advanced techniques, such as isotope analysis of teeth. WAM

In agreement with His Highness Sheikh Saud Bin Saqr Al Qasimi, Supreme Council Member and Ruler of Ras Al Khaimah (RAK), 400kg of bones will undergo further scientific study in the US. They will be returned to the Emirate once the research is concluded.

The National Science Foundation - a US government agency — offered financial assistance to help fund the analysis until 2021.

Ahmed Obeid Al Teneiji, Director-General of the RAK Department of Antiquities and Museums, said the project shows the rich history of the Emirate. "This fascinating project to analyse 4,000-year-old human remains highlights the depth of history Ras Al Khaimah possesses and the unprecedented collaboration with two prominent US universities will be hugely beneficial for all concerned," he said.

"We hope that the expert analysis sheds further light on the early civilisations of Ras Al Khaimah and that this project can be the basis for more collaborations in the future."

The bones unearthed are mostly fragments, although some intact craniums have survived. Work began in 2019 and is scheduled to continue until 2021 under the title, “The Bioarcheology of Bronze Age Social Systems.” The project has gained publicity on social media and its initial results were also promoted in short films. Translated into Arabic, the video clips are set to be shown in educational institutions in Ras Al Khaimah in collaboration the Department of Antiquities and Museums.

Settled for at least 4,500 years, Shimal is the largest pre-Islamic site in Ras Al Khaimah and situated approximately eight kilometres northeast of RAK City, near the modern-day village of Shimal. The settlement is associated with the Shihuh tribe of the Northern UAE and Oman.

The site comprises a number of settlements, an extensive cemetery and a medieval fortress. Previous excavations have unearthed remains of pottery, soft-stone vessels, beads and weapons made out of bronze and copper, with the tombs revealed to be impressive structures that were clearly built by skilled people with immense effort. The settlers buried their dead in multiple chambers, eventually cremating and reburying them, meaning that the tombs could be used for many years.

This culture has been named “Umm An Nar” after an Abu Dhabi island where the first tombs of this type were excavated in the 1950s. It is hoped the project will shed fresh light on the people’s health, food and life expectancy.

More broadly, the joint RAK-US project is just one of several initiatives shedding light on the emirate’s rich archaeological history. Another from the Department of Antiquities and Museums and Palace Museum in Beijing that began in 2017 resulted in the discovery of thousands of pottery fragments in the emirate.

Some pieces date from the Chinese Yuan Dynasty of 1271 to 1368 and revealed how trade flourished between Julfar and China. Julfar was the predecessor of modern-day Ras Al Khaimah and a major trade hub in the region.

In addition, restoration work is continuing at the Al Jazirah Al Hamra pearling village. More broadly, the department is working to electronically archive the more than 2,000 archaeological sites in Ras Al Khaimah and is also planning public events this year to raise awareness about the Emirate’s archaeological riches and ensure they are preserved for future generations. 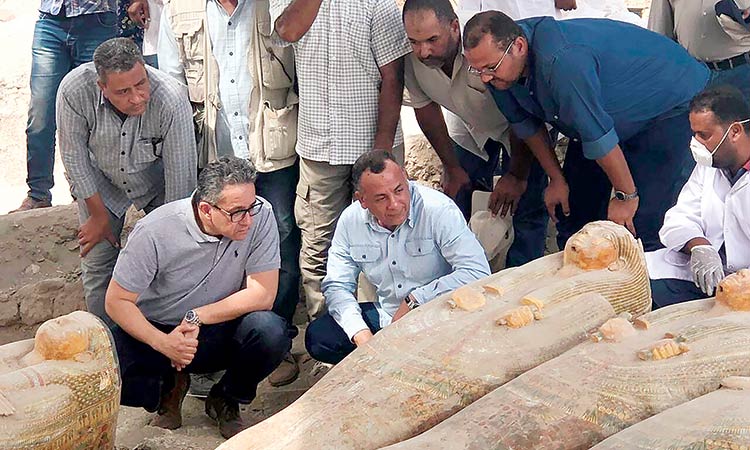 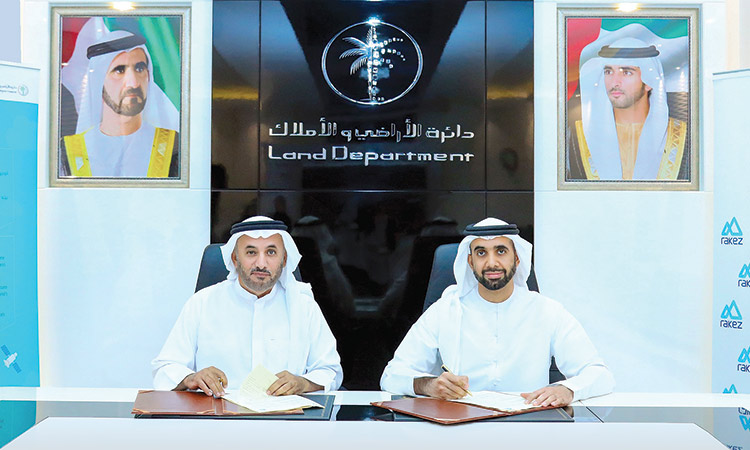