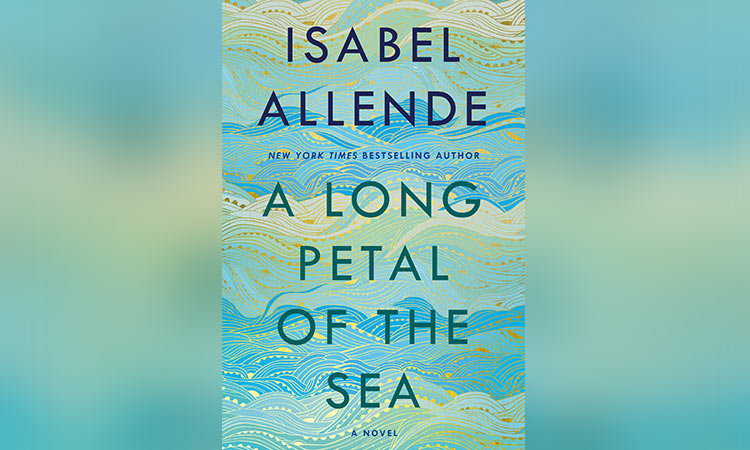 ‘A Long Petal of the Sea,’ by Isabel Allende. AP

Over the last year, Isabel Allende has been coping with loss and grief after the passing of her mother, a stepfather whom she “adored,” and an ex-husband. But not everything was bad, she says: “On the other hand, I also got married last year.” At 77, the Chilean author still believes in love. “I am not afraid of it,” she says laughing when mentioning her third nuptials, to New York lawyer Roger Cukras. She also published her 17th novel and 24th book, “A Long Petal of the Sea,” a bestseller in Latin America and Spain which arrived last week in the United States.

It follows Victor and Roser, a couple fleeing the Spanish Civil War who endure repeated uprooting and upheavals over the course of their lives. The writer places them among the 2,000 refugees aboard the real-life SS Winnipeg, an old cargo ship arranged by the poet Pablo Neruda to bring Spanish exiles to Chile. The book’s title comes from Neruda’s poem “Cuándo de Chile”: “Oh, Chile, long petal of sea and wine and snow...”

So ironic: Oprah Winfrey tumbles on stage while talking about balance

It is the third consecutive novel about refugees, displacement and migration by Allende — herself an eternal migrant who was born in Perú, raised in Chile and lived in exile in Venezuela before settling down in California about 30 years ago. The previous ones were “The Japanese Lover” and “In the Midst of Winter.” And love, as in all her work, is very present. Unconventional love, in this case: After losing her husband, a pregnant Roser is forced to marry her brother-in-law, Victor, in order to board the Winnipeg and survive. In an interview with The Associated Press in New York, Allende spoke enthusiastically about her life, her work, her childhood in Chile and her own unconventional loves.

“A Long Petal of the Sea” presents what Neruda did to save 2,000 Spanish refugees in the Winnipeg to a new generation. You have said that Neruda advised you to quit journalism and pursue literature. Unfortunately, he did not live to see you become an author. Did you want to honour him in some way with this novel?

It was impossible not to honour him, because all the Winnipeg odyssey was the workmanship of Neruda. Neruda followed the Spanish Civil War closely because he loved Spain, he had friends among the intellectuals and the artists of Republican Spain, and when the drama of half a million refugees at the frontier with France erupted, he convinced the Chilean government to let him bring immigrants to Chile, Spaniards who were in concentration camps in France.

In Chile, the right wing and the Catholic Church opposed their coming because they were all leftists, many of them atheists, known for allegedly burning churches and raping nuns. ... The narrative, the anti-immigration rhetoric in 1939 Chile, was exactly the same as the one we are seeing right now in the United States. So, Neruda not only convinced the government, he also went to Paris, raised the money, bought a cargo ship that was somewhat dilapidated, transformed it in a passenger’s ship and transported 2,000 people that he even selected through two oceans. This wouldn’t have happened if it wasn’t for him. 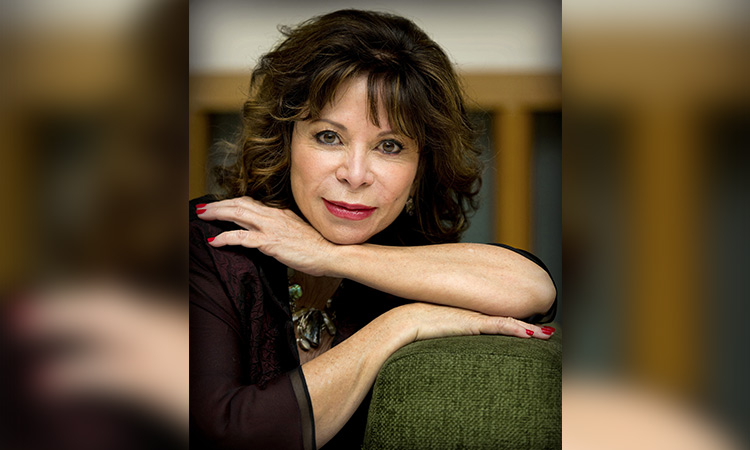 In the notes of the book, it says that you first heard about Neruda’s ‘ship of hope’ as a kid. How do you remember that it affected you?

I heard about the arrival of Spanish republicans in Chile because, even though it happened before I was born, it was shortly before I was born, and some of those people were friends of my family. I would see them coming for lunch, or for dinner... It didn’t make a big impression on me back then... But when I was in Venezuela, among the thousands of exiles was a Chilean man named Victor Pey Casado, who was one of the passengers of the Winnipeg and was living in his second exile. He told me everything that he went through. He was the one who really consolidated the story for me. It took 40 years before I wrote it.

You have been an immigrant for most of your life. Where have you found the biggest sense of belonging?

California is where I’ve lived the longest, but when you ask me where I am from, I tell you I am from Chile. And I wasn’t even born in Chile! I spent only part of my childhood there, but apparently those years marked me so much that I feel Chilean. But, if you ask me about my roots, I would say that my roots are in my memories, in the books that I’ve written, in the people that I love, those few that surround me that are very close to me. They are my roots.

What do you miss the most about the Chile of your childhood and youth?

Look, the Chile of my childhood doesn’t exist. I wrote a book titled “My Invented Country” precisely because the country of my memory doesn’t exist anymore. I don’t miss anything because I did not have a happy childhood by any means. But the years I worked as a journalist in Chile were the years when I had my two children, was just married, those were happy years in which I felt that I was participating, that I belonged. All that ended the day of the military coup (in 1973). In 24 hours the country changed. Forces that always existed but that we didn’t see coming emerged, and it became a fascist dictatorship. How did that happen without us noticing? I don’t know. That’s why today’s situation in Chile scares me, because it can go either way.

What is the secret of your longevity and vitality?

Longevity seems to run in the family. My mother died at 98, all my uncles on my mother’s side have lived longer than 90, my grandfather reached almost 100, my stepfather 102. (Laughs). I think what has helped me a lot is that I am in good health, because I also come from a family full of maladies: My mom was always ill, my brothers are sickly. And I came out healthy! The fact that I wake up in the morning without any pain at all? That is fantastic!