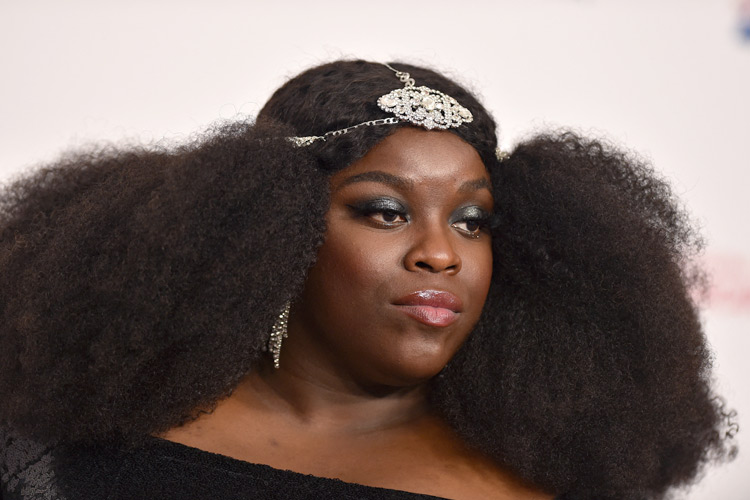 It comes as no surprise country-soul vocal dynamo Yola counts Elton John, film director Baz Luhrmann, Maren Morris and Dan Auerbach of the Black Keys among her highest profile fans. Nor is it surprising that this remarkable English singer/songwriter's 2019 debut album, Walk Through Fire, which was produced by Auerbach, earned her four Grammy nominations, including for Best Americana Album and Best New Artist.

What is surprising is that Yola — who grew up in an impoverished family in Bristol that forbid her to sing and was then homeless — remains completely grounded. Moreover, she does not regard the recent ups and extended downs she has experienced as a creative impetus.

"Especially after this past year, it feels like the highs and lows are almost immaterial to me when it comes (to) writing music. It's so much more about your ability to be in life," Yola said from a recent tour stop in Montana, where she used some free time to do her laundry during a phone interview.

"People always focus on drama being a real big impetus for music, like a big break-up record or when you go through something tragic and lose a parent," Yola continued. "That's an easy way to get a sense of feel into something. But the real skill is that you engage in emotional empathy in a situation where — if you're not going through something tragic — you may not have to engage in your own emotion. But if you are naturally emotional and empathetic, you'll write songs that are true, all the time, as long as you are engaged in life."

Just how immersed in life Yola is can be heard in virtually every note on Walk Through Fire. An unusually accomplished and mature debut album, it judiciously draws from country, soul, gospel, blues and pop. The result is a seamless blend that is both fresh and steeped in the rich traditions of the late 1960s and early 1970s. 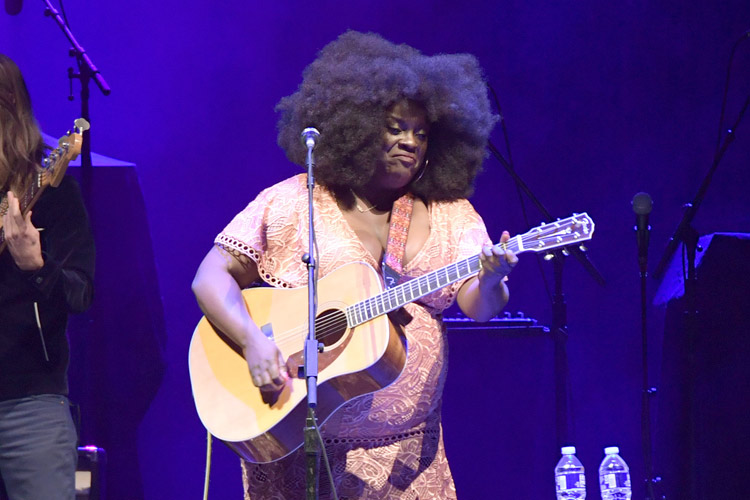 Yet, as impressive as Yola is on record, she's even better live. She demonstrated as much during her January performance with Texas blues-rock powerhouse Gary Clark Jr at the all-star MusiCares concert honouring Aerosmith, where the two ignited on a soaring version of “Cryin'.” "Me and Yola got plans!" Clark said backstage at the Grammys two nights later. "Y'all just stay ready."

Clark is not the only well-known artist who is eager to work with Yola, who at the age of 14 was singing Ella Fitzgerald classics in jazz clubs. Now 36, the woman born Yolanda Quartey is adept singing almost any style, as befits someone who has performed with Adele, Dolly Parton, Massive Attack, Ludacris, Iggy Azalea, Groove Armada and Phantom Limb, the English country-soul band she sang with between 2005 and 2013.

"I don't think too much in a genre way," said Yola, who now lives part of the year in Nashville, where her Walk Through Fire album was recorded. "For me, it's all different organs in the same body. That's the way I view things.

"I'm going more by how the song is making me feel and the overall mood I wanted for this record, more than 'I'll do this (vocal) trill here or hold this note there.' And the songs need to flow in a number of different ways when you play them live, because you won't always play them in the order of the album."

Over the course of a nearly 30-minute interview, Yola spoke with insight, candour and sensitivity. Asked the source of her wisdom, she replied: "Well, I had a life of abject misery until I was 29 and (my wisdom) comes from being around people who misuse your good nature and underestimate your empathy because, to them, you're a trope as a woman.

"You get stuck in these environments where people are blissfully ignorant of their cognitive bias. As a result of that ignorance, they don't understand the level of neglect you experience as an 'other,' as a not white guy.

"And we're not all ubiquitously stoic. So, it's the trope of the 'strong black woman' — and you can't be strong and stoic all the time. Crucially, you can't be. ... And so you have to figure things out for yourself a lot more and you end up with, maybe, a slightly more flexed muscle, in terms of how you interact with art and create.

"When it comes to self-care, you might be more aware of how you treat your body, the things that make you more relaxed, as well as technically and physically. You have to pick yourself up, because everyone is always assuming you're alright."