Emirati moviemaker Tariq Ahmed Alkazim is at home among films 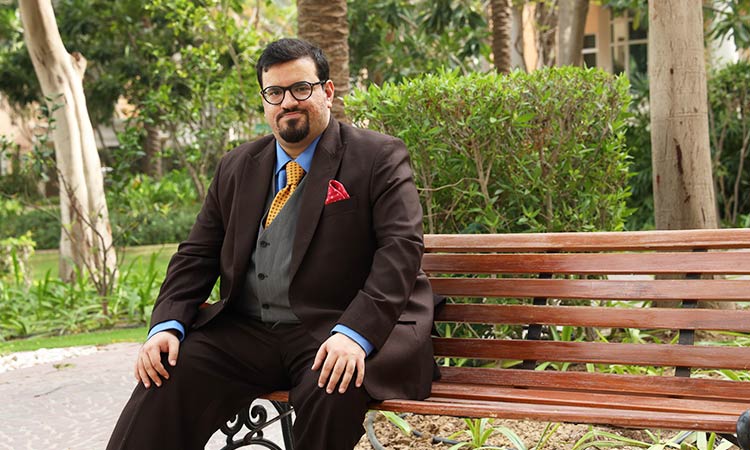 Nyctophobia is the latest film from Emirati script writer, producer and director, Tariq Ahmed Alkazim, and his eighth foray onto the silver screen.

Alkazim is at the vanguard of movie making in the Emirates, and in recent years has emerged as a strong talent with a unique voice in which we will be hearing more and more of.

He has already made a name for himself in the region’s nascent film industry, producing a number of movies, to wide critical acclaim.

He began his career in filmmaking at the age of 17, when he joined the “MyFilm, MyStory” short film competition run by UAE production house Katarat Ebda'a and won the grand prize.

The filmmaker also proudly won the Arabian Business Future Star award in 2018, an accolade which aims to inspire other young people to follow in the award winner’s footsteps.

He is best known for his 2017 movie A Tale of Shadows and the powerful short film, The Man Who Met The Angel, which premiered in the Dubai International Film Festival. His films Death Circle and Quiet premiered at the Gulf Film Festival, back in 2012. He was 20 years old then.

And he’s never looked back. He admits, however, there are enormous challenges facing a young filmmaker in the UAE – mostly funding and finding the right talent.

“Companies need to be brave and invest in new filmmakers. More film schools need to be opened here in the UAE. But I see the biggest challenges as a lack of funding, coupled with the difficulty of finding versatile actors and actresses,” he says.

Nyctophobia – fear of the dark – takes us on a terrifying journey through the eyes of a young writer seeking solitude in an Al Ain farmhouse, only to discover she’s not alone, and trapped inside.

For this self-penned and directed piece, Alkazim admits drawing on his own feelings from childhood of being terrified of the dark.

“I used to turn on the lamps in the room before going to bed, or had my mother leave the door slightly open with the lights beaming in. I overcame the fear slowly as I grew up, acknowledging that with light or without light, it doesn't make a difference.” 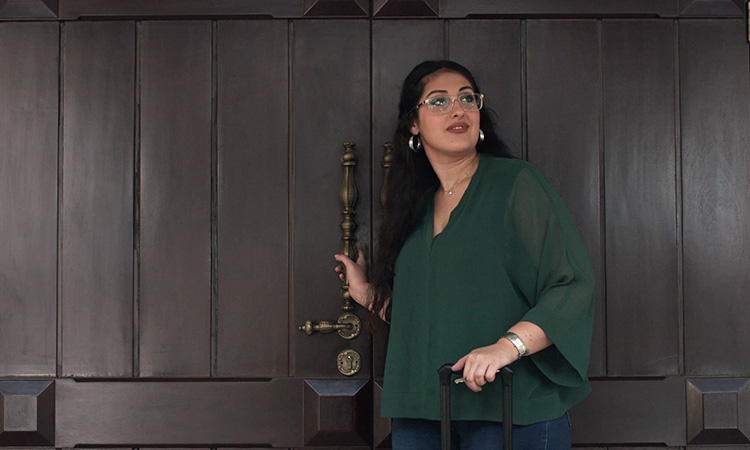 But fear of the dark as portrayed in Nyctophobia has a double meaning – fear of ‘dark’ as in evil. Fear of the dark is a common fear or phobia among children and, to a varying degree, adults.

A fear of the dark does not always concern darkness itself; it can also be a fear of possible or imagined dangers concealed by darkness. The word nyctophobia comes from the Greek nyktos or night and phobos, fear.

There’s lots of diverse locations in the UAE, from deserts to parks, skyscrapers to historic locations. It serves as a diverse location to shoot. Other than that, the reputation the UAE has worldwide attracts many film industry people. There’s great flexibility in shooting here, with the rebate system and easy management to shoot with permission.

The film is a short, taught and tense psychological thriller. But where does he get his inspiration from?

Alkazim won’t be drawn on any specific favourite director, suggesting his love of film is as broad as it is deep. “I grew up on some classic movies like Star Wars, ET, Titanic and horror such as IT and Psycho.

“I’ve always been a fan of horror films, and curious as to why they scared me. Since then I've been developing horror films as a way to create the same feelings I had watching those horror films,” he says.

Nyctophobia was actually written in an Al Ain farmhouse, which inspired the location. Alkazim works hard to ensure his films offer universal appeal – this isn’t a specifically Emirati tale, rather a horror story which will give spine tingles to all.

With just two main characters, the director had a very specific look in mind. He chose two actors he had worked with before.

“I chose the actors based on how I visualised them, and I need them to have the talent to pull off the roles on screen. And based on my visual characteristics of the characters. For example, I imagined the villain to be bearded and a little large with a serious look. That's why I thought Robert would be perfect for the role”, Alkazim says.

While admitting the struggle for finance and talent hunting is real, he is very aware that the UAE offers a great deal of advantages in terms of film making.

“There’s lots of diverse locations in the UAE, from deserts to parks, skyscrapers to historic locations. It serves as a diverse location to shoot. Other than that, the reputation the UAE has worldwide attracts many film industry people. There’s great flexibility in shooting here, with the rebate system and easy management to shoot with permission,” he says pride.

Nyctophobia is currently being premiered at various film festivals all around the world. 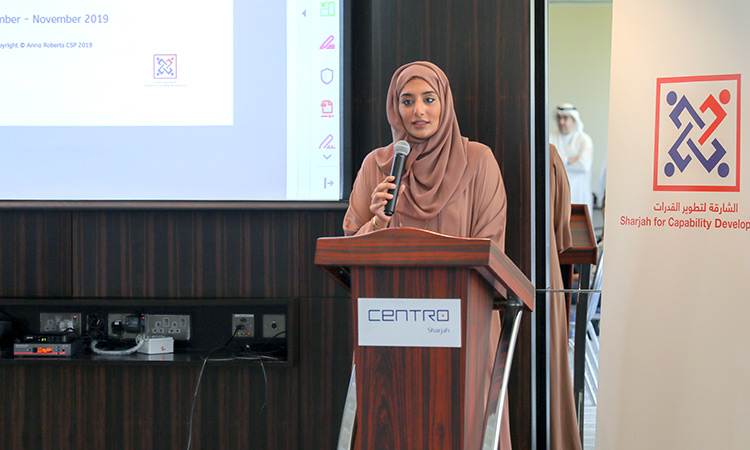