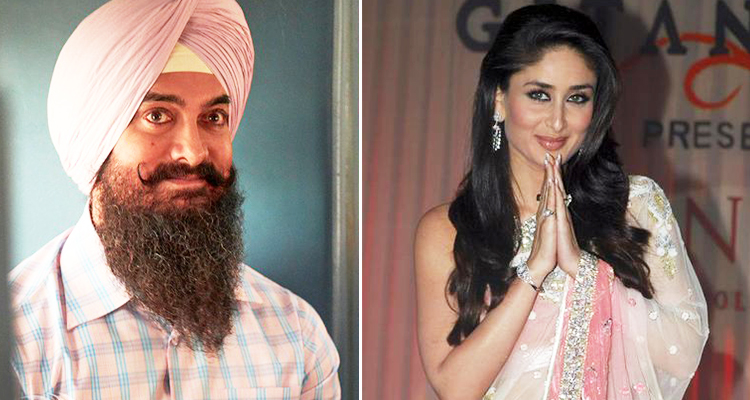 It’s true when they say that there’s no difference between a wise man and a fool when they fall in love.

The whole world was posting love messages on social media on Valentine’s Day this year and superstar Amir Khan was one among the many. 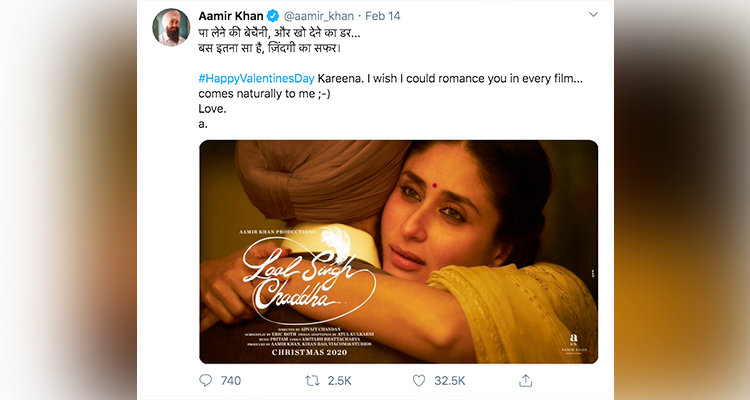 Screenshot of the post shared by Aamir Khan on social media.

"#HappyValentinesDay Kareena. I wish I could romance you in every film... comes naturally to me...Love," Aamir wrote on Instagram.

Along with the post, he also shared the upcoming film's new poster in which Kareena can be seen hugging Aamir.

"Laal Singh Chaddha" is self-produced by Aamir, and directed by "Secret Superstar" maker Advait Chandan. The film is an official adaptation of the 1994 Hollywood hit "Forrest Gump", starring Tom Hanks. It will release on Christmas this year.

Apart from "Laal Singh Chaddha", Aamir and Kareena have also shared screen space together in movies like "3 Idiots" and "Talaash".