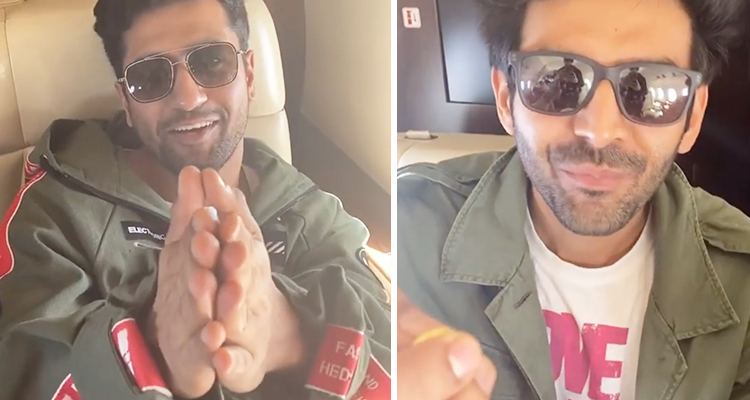 Screenshots of the video shared by Karan Johar on Instagram.

Well known for his super hit commercial films and the controversies he gets into with the Bollywood stars during his TV show Koffee with Karan, filmmaker Karan Johar is back again with yet another Bollywood inside story.

"It's time to #toodles again," Karan captioned the video in which he can be seen having a fun banter with the actors.

Bollywood actress Kriti Sanon takes a selfie with a cheetah

The video begins with Karan moving the camera to Tahira, later moving it towards Ayushmann and questioning him about his clothes.

Then he captures Ranveer, Varun, Vicky and Kartik. While capturing Vicky, Karan addresses the "Uri: The Surgical Strike" actor as a "controversial video man", referring to the old video which Karan posted on social media in which Vicky was looking drunk.

Vicky is even seen begging Karan not to make his video. They are all heading to Guwahati for the Filmfare Awards.