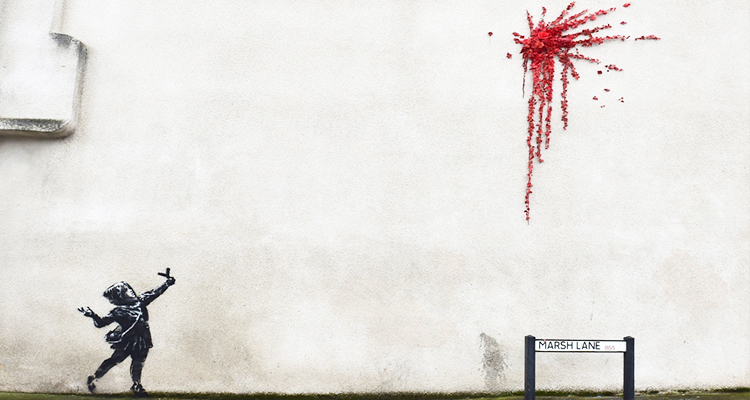 A new artwork on the side of a house in Bristol, England, which has been confirmed as the work of street artist Banksy.

British street artist Banksy, who has kept his identity hidden from the public eye, is thought to have given a Valentine's Day gift to his home town of Bristol in western England. 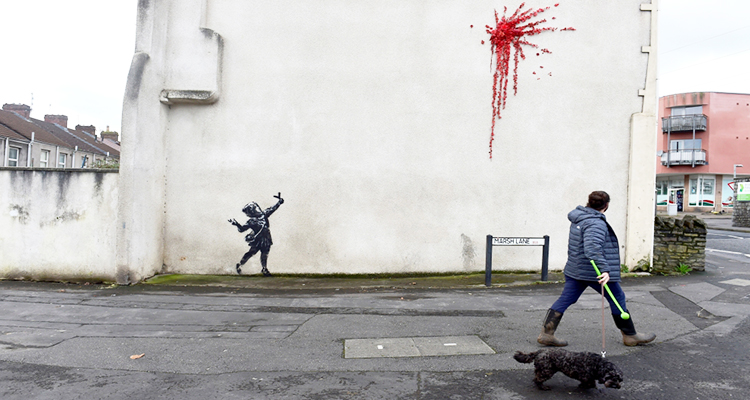 A suspected new mural by artist Banksy is pictured in Marsh Lane in Bristol, Britain.

The remarkable street artist has left people is awe yet again with his astounding art work, that usually brings light to issues, often neglected and current.

The new mural showing a small girl with a catapult and a splatter of red flowers is the latest addition to his masterpieces, flooded all around the world.

Banksy often uses Instagram to claim ownership of his works but has yet to do so this time.

His agent did not respond to Reuters' request for confirmation. 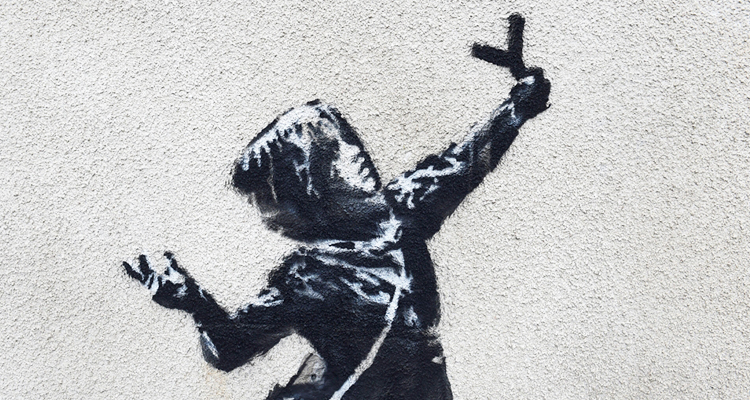 A piece of street art showing the stencilled image of a young girl firing a slingshot of flowers and leaves.

The graffiti shows a young girl in a headscarf, stencilled onto the side of a house in the Barton Hill area of Bristol with black and white paint.

She holds a catapult in one hand with the other hand behind her, as though she has just launched a projectile.

At the end of the catapult's trajectory is a bright red shape like a blood splatter, made of red plastic leaves and flowers.

It was spotted on Thursday morning, the day before Valentine's Day. 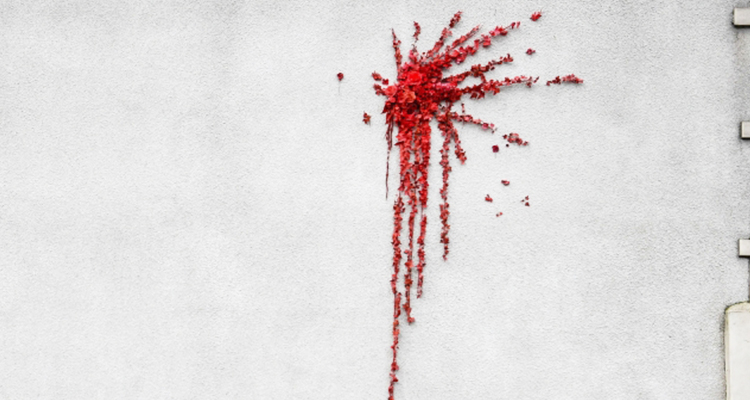 Elusive artist Banksy's work is pictured on the wall of a building in Bristol.

In December, the elusive artist highlighted the issue of rough sleeping with a mural showing two flying reindeer pulling a homeless man on a street-bench sleigh, in the central English city of Birmingham.