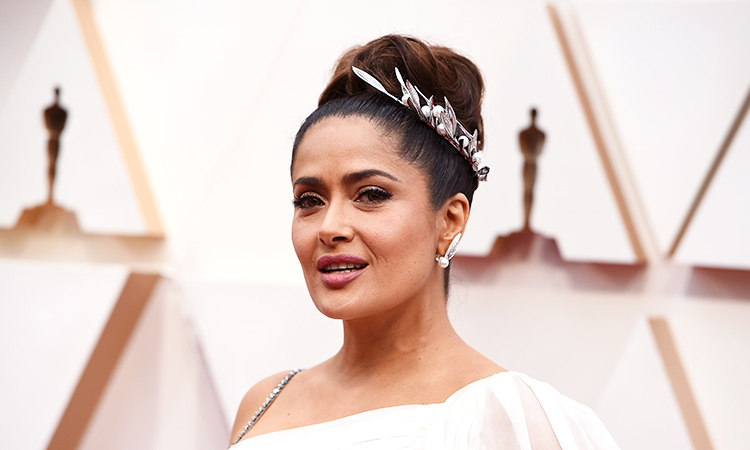 Salma Hayek arrives at the Oscars, at the Dolby Theatre in Los Angeles. AP

Actress Salma Hayek says she was so shocked to see rapper Eminem backstage at the Academy Awards 2020 that she accidentally spilled water all over him, and hugged him awkwardly. 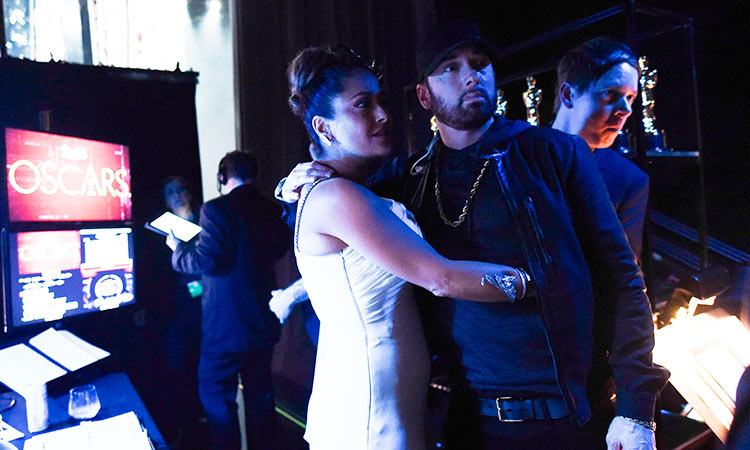 Eminem surprised many with his performance of "Lose yourself" at the Oscars, 17 years after the song won him an Oscar. In an interview, Eminem, whose real name is Marshall Mathers, opened up about his performance. Asked whether he enjoyed his performance, he said: "Absolutely I got to hug Salma Hayek!" 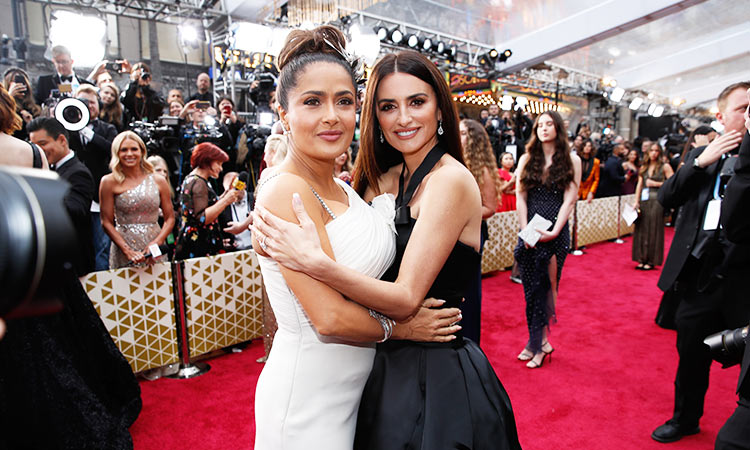 Salma Hayek and Penelope Cruz pose on the red carpet during the Oscars arrivals. Reuters 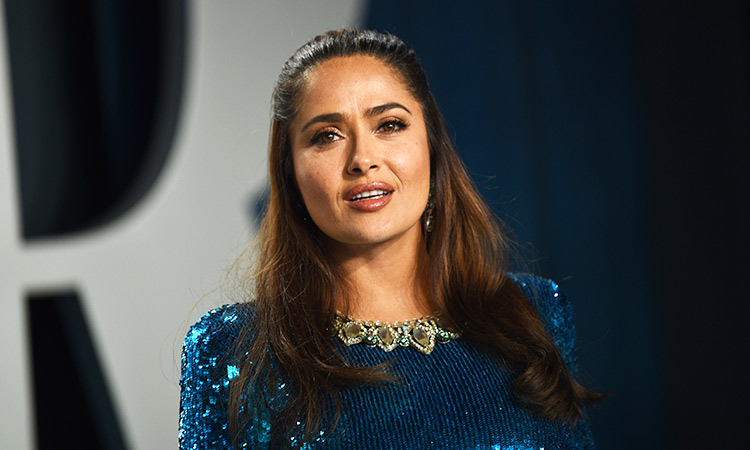 "In these pictures it might look like Eminem and I are best friends, but what really happened is as he was walking offstage and I was getting ready to walk onstage, I was so shocked to see him that I spilled water all over him. If you examine our faces, I look mortified and he looks terrified of me- As I was trying to wipe it off I impulsively hugged him and I said 'Nice to meet you Eminem- I'm a HUGE fan!' because I AM! But I was so disappointed that I made such a fool of myself in front of him," she posted. 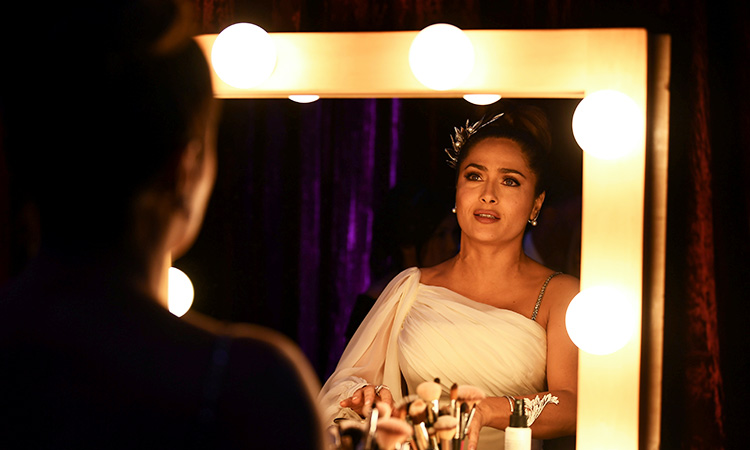 Salma Hakek looks at herself in a mirror during the 92nd Academy Awards. Reuters

She concluded by saying: "Eminem you're the greatest!!!"

The post included two photographs of Hayek and Eminem, 47, talking and hugging backstage at the ceremony. A third photo was a screenshot of a quote Eminem, talking about the hug. 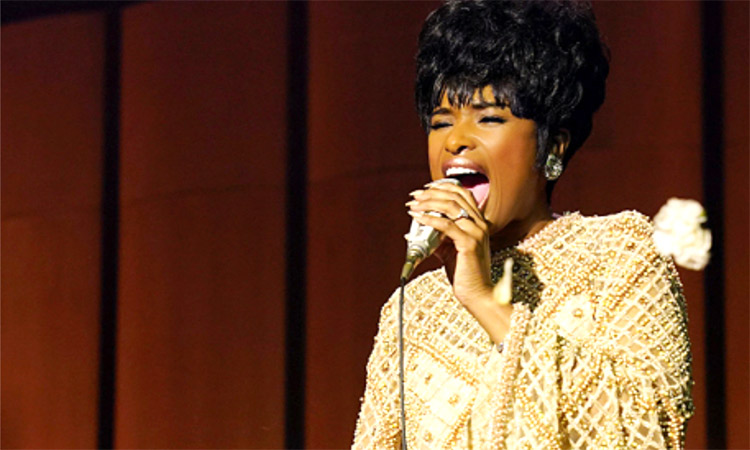 There have been plenty of entertaining events, movies and series over this summer, the latest being the nail-biting penalty shootout between England and Italy in the Euro 2020 football final.