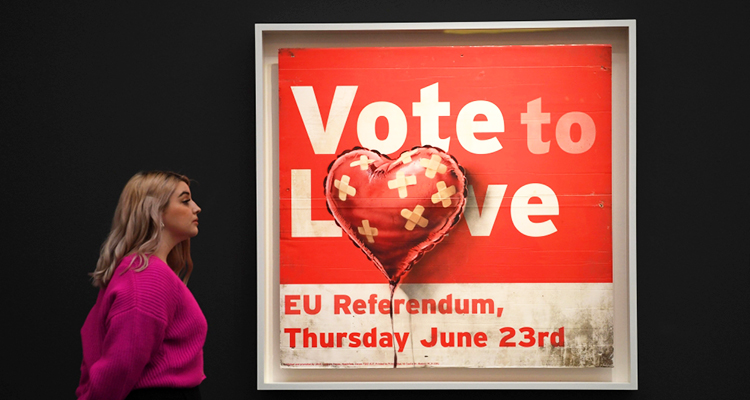 A gallery assistant poses next to an artwork entitled 'Vote to Love', by British artist Banksy.

One of street artist Banksy’s original artwork is soon to be auctioned to raise funds for Australia bushfire victims.

Banksy, who is an anonymous street artist and whose work has continued to leave everyone with absolute awe as he chooses to address topics that are current and need attention, chooses different locations for his work, according to the issue he addresses. 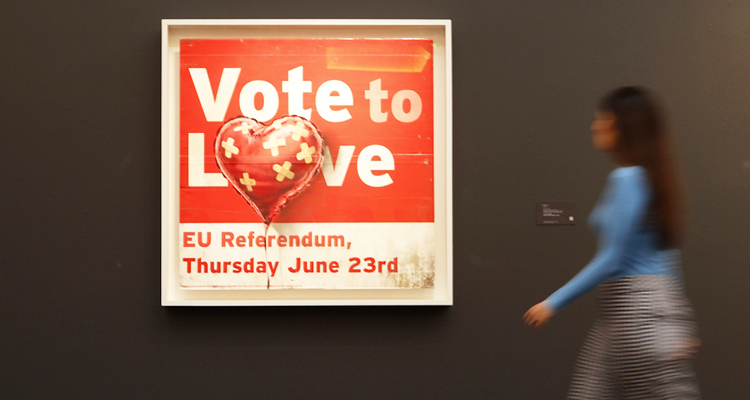 A woman walks past "Vote to Love" by Banksy at Sotheby's contemporary Art sale.

According to the Australian Associated Press, they donated the Banksy piece from their private collection to go on sale, alongside close to 100 other works from some of the world's most exciting artists.

The work by Banksy depicts a circular saw blade heading towards a frail-looking figure sitting on a bench as is titled "Weston Super Mare".

Earlier this week, another piece by Banksy titled "Vote to Love" was sold in the UK for $1.5 million.

Since September 2019, the blazes have killed at least 33 people and destroyed thousands of homes.

More than 11 million hectares of land - an area comparable to the size of England - has been affected.