‘The Splash’ by David Hockey sells for £23.1m at a London auction - GulfToday

‘The Splash’ by David Hockey sells for £23.1m at a London auction 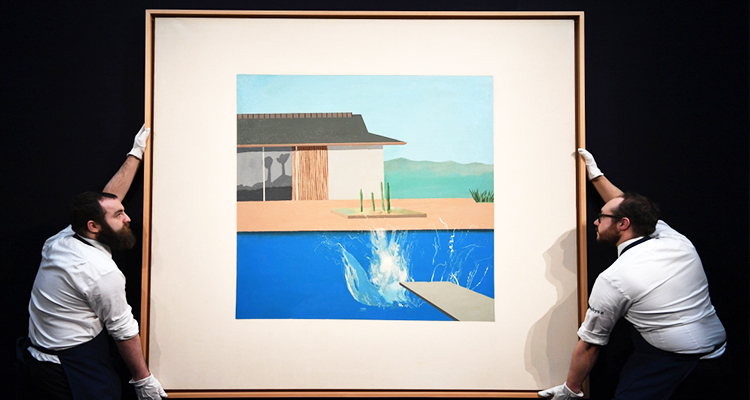 An artwork entitled 'The Splash' 1966, by British artist David Hockney.

The price announced for the painting was the third highest for a work by the British artist.

Depicting the moment just after a diver breaks into the surface in a swimming pool, capturing the fantasy Californian lifestyle, was painted in 1966. 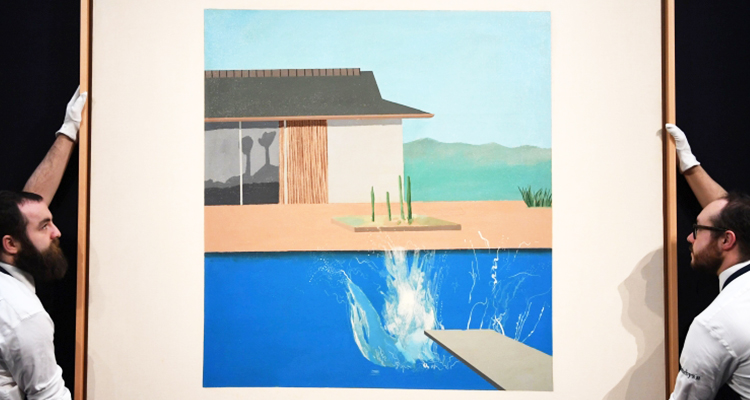 "Not only is this a landmark work within David Hockney's oeuvre, it's an icon of Pop that defined an era and also gave visual identity to LA," said Emma Baker, head of the contemporary art sale at London's Sotheby's auction house.

Sotheby's also called the work "a quintessential example of Hockney's lifelong fascination with the texture, appearance and depth of water".

The price, bid by an unknown buyer, is nearly eight times that achieved when the work last sold at auction for £2.9 million in 2006.

Yorkshire-born Hockney's "Portrait of an artist (Pool with Two Figures)" sold for over $90 million in New York in 2018, an auction record at the time for a work by a living artist.

The same year, his "Pacific Coast Highway and Santa Monica" sold for $28.5 million.