Beethoven's music can now be enjoyed by the deaf - GulfToday

Beethoven's music can now be enjoyed by the deaf 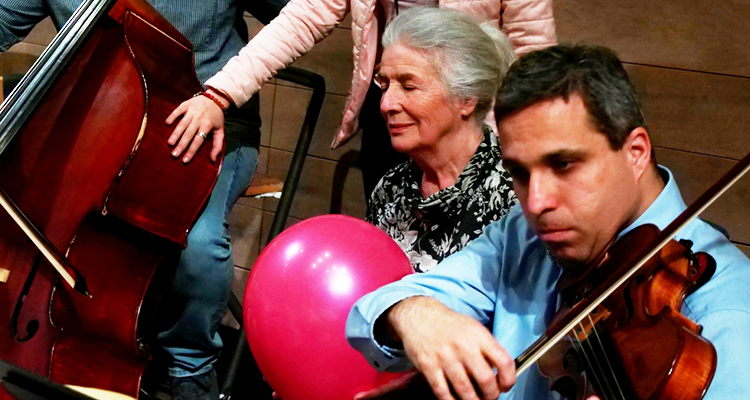 A deaf woman holds a balloon to feel vibrations of the music during a concert.

An orchestra from Budapest has finally done the impossible.

They now have made it possible for deaf people to enjoy Beethoven’s music, through touch. 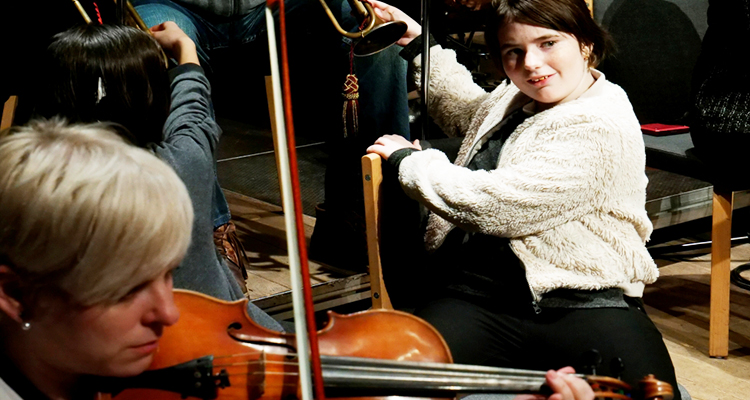 A deaf girl holds her hands on trombone to feel vibrations of the music.

Zsuzsanna Foldi has been deaf all her life. Still, with her hands placed on the double bass, sitting among musicians in Budapest's Danubia orchestra, she can enjoy and literally feel Beethoven's famous Fifth Symphony.

"When I sat next to the musician who played the bass today, I started crying," she said.

"My father also had a double bass... and I did not have a hearing aid. I always put my ear on the bass and he played to me," she added, recalling her childhood. 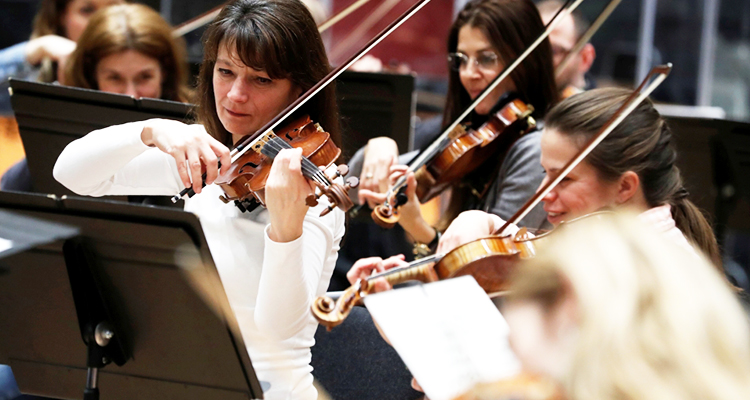 Musicians of the Danubia Orchestra perform during a rehearsal.

Foldi lost her hearing when she was eight months old due to a meningitis infection. At the age of three she was declared deaf.

Now 67, she is part of a group of people, including children, all of them hard of hearing, that has been able to "hear" through touch Beethoven's Fifth Symphony, which has gone down in music history as the Symphony of Fate.

Some of the audience sit next to the musicians and place their hands on the instruments to feel the vibration.

Others hold balloons that convey the vibration of the sounds. Some are given special hyper-sensitive hearing aids. 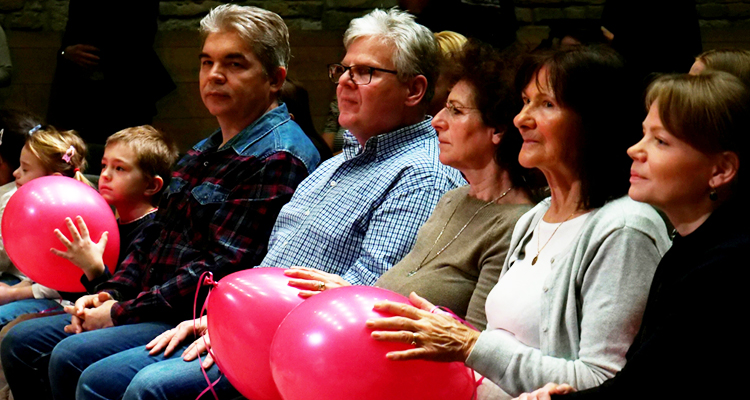 People hold balloons to feel vibrations of the music during a concert of the Danubia Orchestra.

Mate Hamori, the conductor of the orchestra that is holding a series of concerts this spring for people with a hearing loss, said their aim was to bring music to people who otherwise have no chance to enjoy it, and to call attention to hearing difficulties that are often ignored.

"So the idea was to somehow lure those who are the most capable of sympathising with Beethoven and his own suffering into the world of music," Hamori said.

Beethoven's hearing gradually deteriorated and he wrote the Fifth Symphony already with his hearing impaired in 1804-1808.

Its famous opening motif is often referred to as 'fate knocking at the door' -- perhaps the hearing loss that he feared would afflict him for the rest of his life. 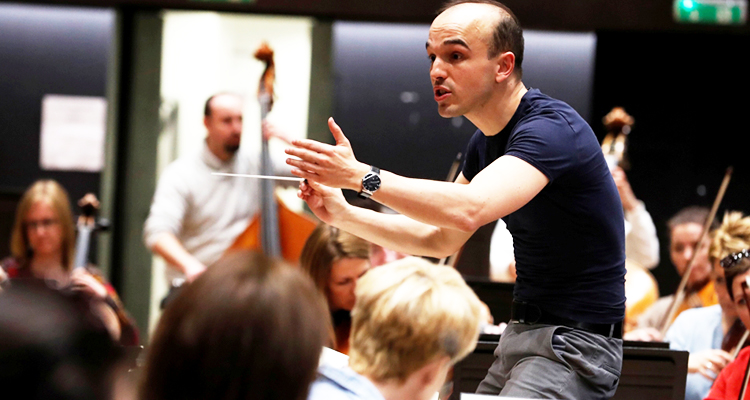 Conductor Mate Hamori conducts the Danubia Orchestra during a rehearsal.

As his hearing got worse, Beethoven composed music on his piano by feeling the vibration of the notes.

Erzsebet Dudas, 75, who lost her hearing in one ear when she was 35 and then in the other as well six years ago, said she used to listen to jazz and also classical music but had never heard Beethoven before.

"Here, when the string instruments all sound, that gives a very good vibration. It is not a coincidence that he wrote this kind of music," she said.